"It’s in spite of what Kendrick brings to the table that this feels like just another Gillian Flynn knockoff and an ill-advised attempt by Feig to broaden his horizons."

"It’s not that A Simple Favour has jokes that fall flat, exactly; it’s more like they’re not really jokes at all..."

Gone (girl) are the days when movies about the disappearance of a beautiful woman with a perfect life are fodder for very much intrigue. Possibly more intriguing is the idea of a director known exclusively for comedies taking a stab at such material, to see what his particular instincts bring to it. The answer, in the case of Paul Feig’s A Simple Favour, is that he makes just another cliché-ridden thriller. Only it’s punctuated by things that feel sort of like jokes.

It’s not the fault of Feig’s star, Anna Kendrick, that A Simple Favour doesn’t work. Kendrick remains at the top of her class in most aspects that define a star: charm, charisma, acting ability, and a fitness for comedy. It’s in spite of what Kendrick brings to the table that this feels like just another Gillian Flynn knockoff and an ill-advised attempt by Feig to broaden his horizons. 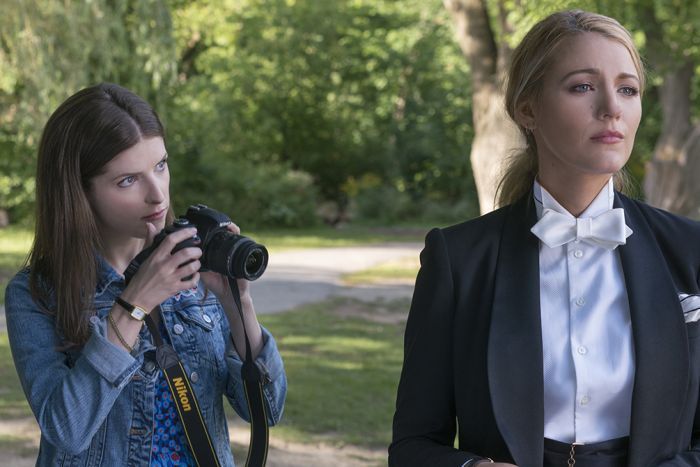 The disappearing woman du jour is Emily (Blake Lively), a powerful executive for a fashion designer who doesn’t take shit from anybody, and gets into her martinis not long after picking up her kid from school. Her handsome novelist husband (Henry Golding), her fantastic house and her unimaginable glamour make her the envy of the other parents in her son’s Connecticut school. Most of them also know she’s dangerous, and prefer to observe her from afar. The innocent little mouse who doesn’t know any better, and falls into the tiger’s mouth, is Stephanie (Kendrick), who never met a craft or volunteer assignment she didn’t like, and who shares mummy life hacks with other overachieving mummies on her vlog.

The two women develop a friendship of sorts over afternoon cocktails as their children have playdates, though it’s unbalanced by Emily’s extreme alpha tendencies and her penchant for batting Stephanie around like a plaything. Emily swears like a sailor and drinks her martinis in a single gulp, and she activates the dormant rebel in Stephanie. However, she’ll also make the random comment about how her son would be better off if she just blew her brains out. One day Emily asks Stephanie if she’ll pick up her son after school that day. Two days later, she’s still nowhere to be found.

Feig clearly wants to have it both ways in A Simple Favour. He’s studied the structure of numerous other films about the disappearance of beautiful women, including all the predictable shifting of suspicion between suspects, misdirection on what may have happened to the woman, and revelations of secrets that put a different spin on everything we think we understand.

But it looks like he thinks he’s bringing laughter to the scenario. Or at least, punchiness. It’s not that A Simple Favour has jokes that fall flat, exactly; it’s more like they’re not really jokes at all, only a liveliness of tone that’s meant to leaven the material (buttressed by a bunch of 60s French pop music). Feig is not only trying to cram in sort-of comedy – there’s a Greek chorus of other parents who wryly observe the events, kind of like the stoner friends in a Judd Apatow movie – but he’s also tapping into the wish fulfilment of movies in which women have fashion mentors and aspire to fancier lifestyles. 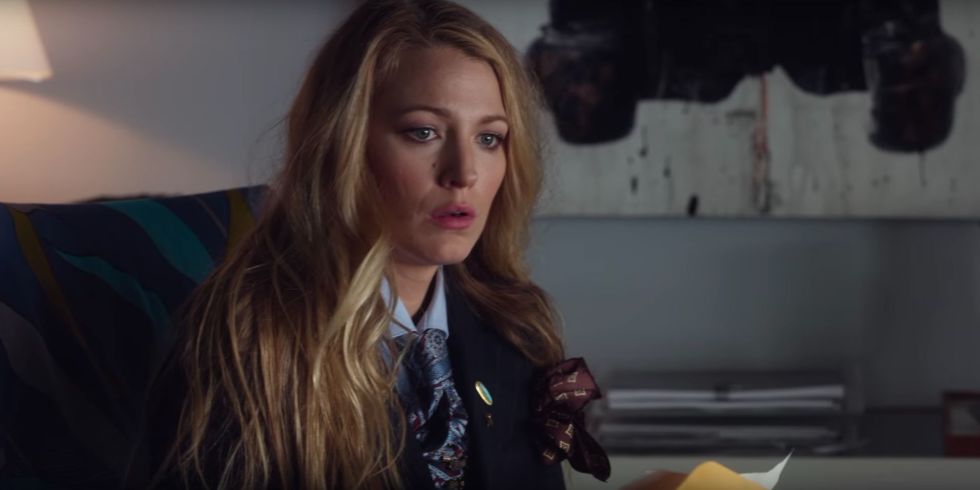 The mix doesn’t cohere all that well, but it’s not until the movie starts hitting a bunch of very obvious narrative beats that it really begins to feel like a misfire. Before then, it could be leading somewhere interesting. The setup is familiar, but then again, many movies have a familiar setup. It’s what they do with them that makes the films distinctive, good or bad.

A Simple Favour’s narrative developments are not only lame, they’re kind of insulting, relying on tropes that would have been rejected by the hackiest soap opera writers. Twenty years after The Sixth Sense we’re still living with the twist as an inevitable ingredient in thrillers, but the revelations in A Simple Favour don’t even qualify as twists since they’re utterly lacking in invention. If Feig and company had at least put forth something ludicrous that failed spectacularly, that would have been an improvement on the derivative drivel they actually gave us. 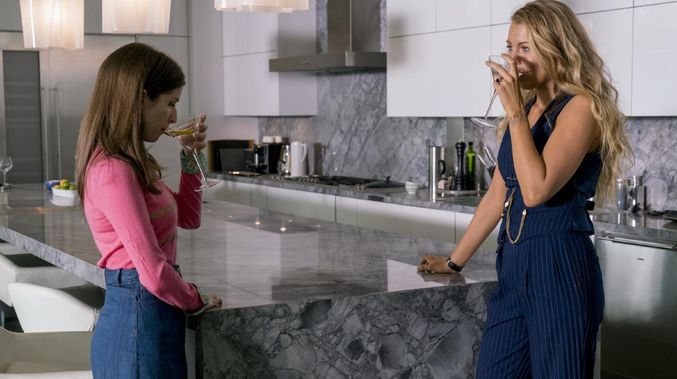 Then there’s Kendrick. “Spunky” and “chipper” are adjectives that have followed her throughout her career. I just wish they would follow her to something truly worthy of her abilities. She’s adorable in her wardrobe comprised of adult versions of kids outfits, and she pulls out her whole repertoire of awkward grins and giggles and the other personality tics that make her so endearing. But the script consistently fails her by requiring her to inhabit a role in a different, darker movie. Her character motivations are hazy at best, and eventually, the effectiveness of her performance suffers.

It’s tempting to wonder if this was originally a full-on comedy envisioned for someone like Melissa McCarthy, given that Feig and she have collaborated four times. The fact that it was adapted from the 2017 novel by Darcey Bell kind of complicates that theory, but there are parts of a McCarthy movie remaining here, and they’re a terrible fit with the rest of the movie. Then again, it may actually be that the rest of the movie is a terrible fit with them. Do yourself a favour and wait for Feig to return to what he does best … or better, anyway.