"There’s a saying in the tech industry, 'If you aren’t paying for the product, then you are the product.' "

"It may just be the first movie to actually make reference to COVID-19, giving it a ripped-from-the-headlines sort of freshness."

There’s a saying in the tech industry, quoted in the new Netflix documentary The Social Dilemma, “If you aren’t paying for the product, then you are the product.” That has a certain forcefulness and linguistic cleverness, but it’s not exactly a revelation. Most intelligent people know they are paying for Facebook, Twitter, Instagram and so forth in ways that cannot be measured in dollars and cents. Most unintelligent people also know this, because everyone has a friend who’s made a crusade of telling them to cancel their social media accounts because they’re “selling your information.” Basically all social media users know they’re giving advertisers access to their habits and preferences. Some do it cheerfully, some do it through gritted teeth, and some just choose to unplug. 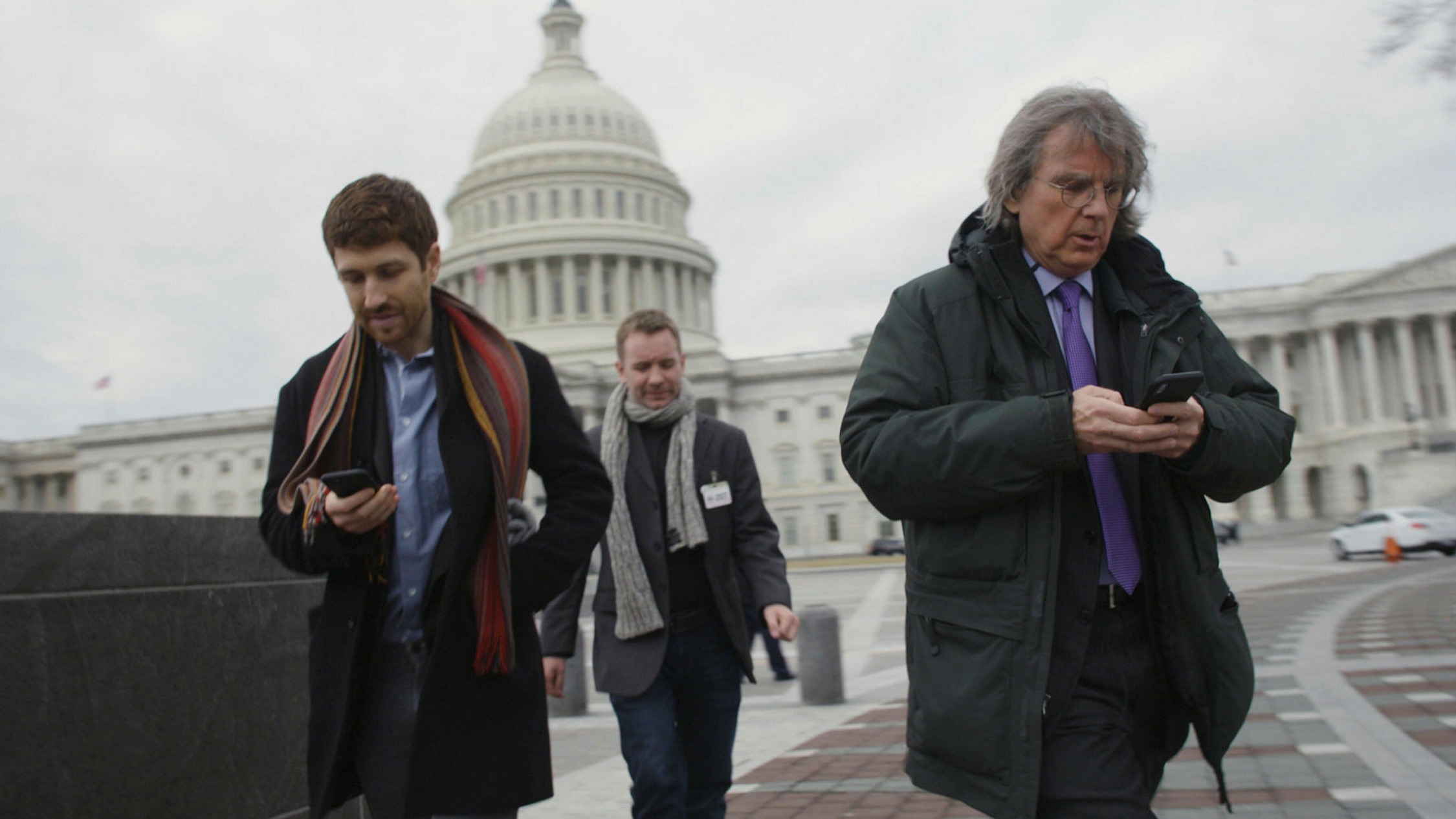 The underwhelming thing about The Social Dilemma is that it treats this devil’s bargain as though it were news. Entirely too much time is spent on explicating the more basic aspects of the way social media companies use algorithms to exploit their users and maximise advertising dollars. Additional time is spent on that squarest of documentary tactics, the dramatic recreation narrative, in which actors portray a social media-addicted family. In amongst this there is some very useful information about how social media is changing our brains and making us unable to relate to each other, either personally or politically. But it’s not enough to keep Jeff Orlowski’s film from seeming like something that should have come out five years ago.

In one way, though, The Social Dilemma feels very of the moment. It may just be the first movie to actually make reference to COVID-19, giving it a ripped-from-the-headlines sort of freshness – even if this section was likely amended to the completed movie to give it additional currency. However, that also gets at the film’s sort of discombobulated nature. No movie should really be able to have a segment wedged into it without compromising the original intended narrative structure.

The film is a series of interviews with programmers, venture capitalists, CEOs, tech industry watchdogs, and all manner of other visionary individuals who have come to regret the role they played in imprisoning society to algorithms and social media addictions. Some of their insights are priceless. Others are banal. They do generally provide a good foundation from which to understand how social media came to dominate our lives in the past ten to 15 years.

The well-meaning and largely secondary portion of this film, though, fares about as well as this type of thing usually does. Orlowski and company have assembled a cast of actors – most recognisably, Booksmart star Skyler Gisondo – to portray a family that cannot leave their devices alone. The performances aren’t bad, but they can’t help seem a bit hammy, in part because the “dramatic recreation” portion of any documentary has an inherent inauthenticity. It’s also a little exaggerated. When the mum tries to enforce a dinner without devices, sealing them in a locked plastic case that will open automatically after an hour, the daughter smashes it open with a blunt instrument in less than five minutes. 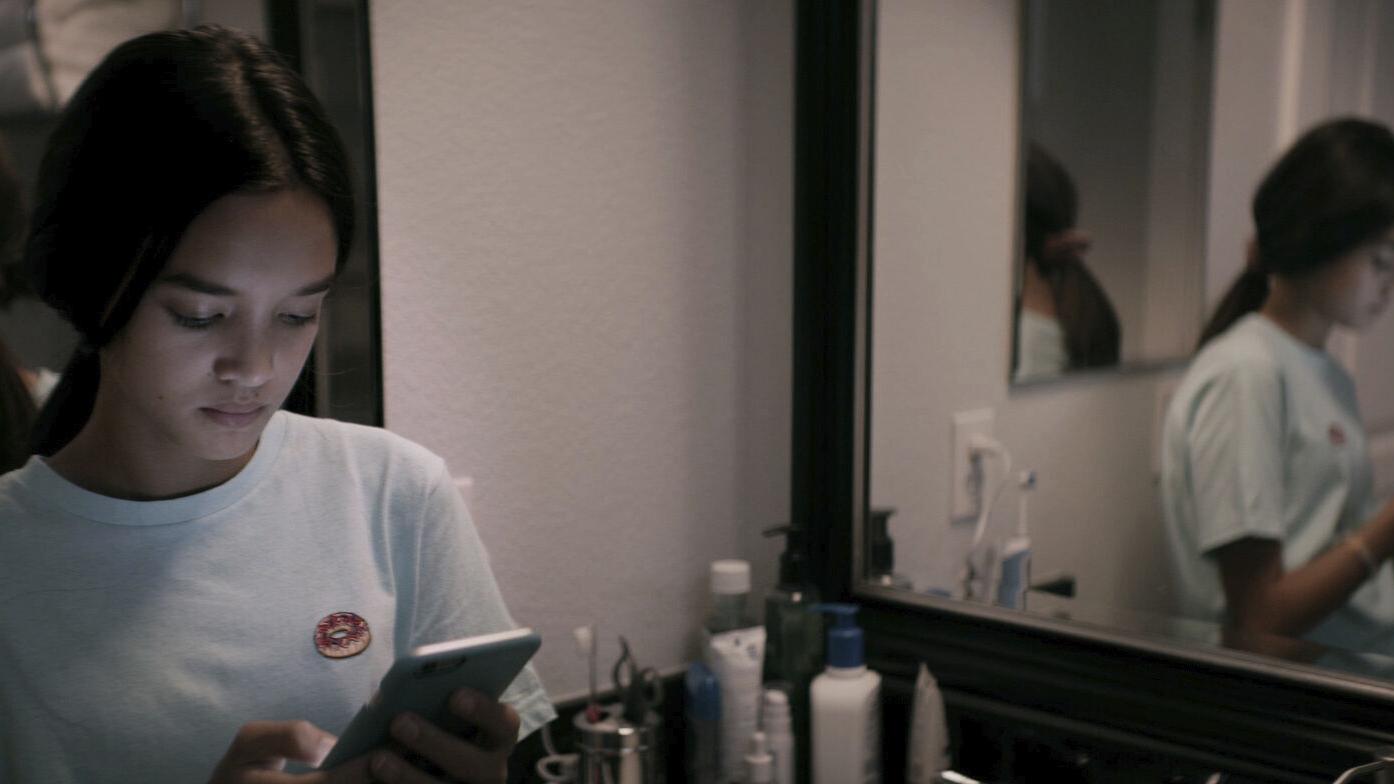 Then the filmmakers also choose to visualise how AI works to keep your eyes trained on a particular app for as long as possible. They’ve done this by personifying the AI as actor Vincent Kartheiser. Not just one Vincent Kartheiser, but three, in various hairstyles and outfits, working together in an ominous control centre to quickly adapt to any apparent change in user habits. This entity is also portrayed as sinister, as it subjects Gisondo’s character to a notification that his ex-girlfriend is in a new relationship – just to get him to give up a self-imposed social media hiatus. (Actually, his mother imposes it in a deal to pay for the replacement of his screen, which was shattered in the aforementioned safe-smashing incident.)

There is some cleverness in this portion of the film, as it shows the character (Dan by name) susceptible to the political messaging of the “extreme centre.” The Social Dilemma is careful in this way not to indict the political right or left in any of the more egregious shenanigans that have made headlines in the past five years. “Fake news” is not the exclusive dominion of any one single party, the movie suggests. 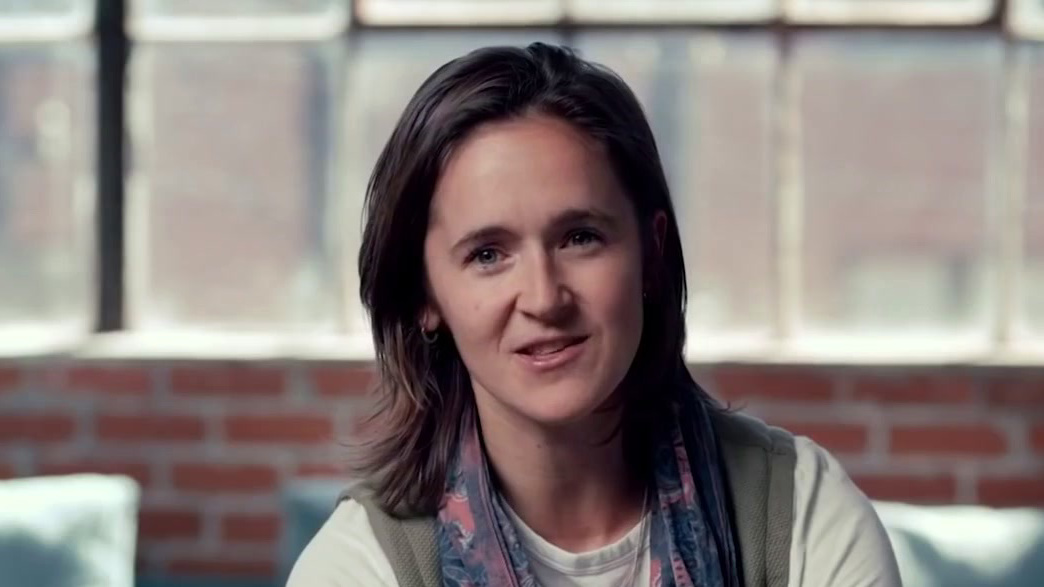 However, “fake news” is indeed the portion of this film that is most ominous. The Social Dilemma discusses how the customising of user experience extends to the type of news we are fed, which really does make it possible for two competing sets of “truth” to exist – and create the conditions where each side becomes even more certain of their own truth and more intractable. We tend to think our political adversaries are being wilfully ignorant of demonstrably true information, but the interview subjects here suggest it is more insidious – that each side may legitimately believe their own truths because of the persistence of, and inherent trust in, the feeding mechanism. When one interviewee says that his greatest fear is “civil war,” this movie – and a quick look around at the world stage – makes that worry easy to appreciate.

Like most social media platforms, The Social Dilemma is a clear mix of strengths and weaknesses, advantages and drawbacks. Unlike most platforms, the intention here is pure. That should be excuse enough for most viewers to give it a watch, especially if they are on the fence about how to address their own device addiction.