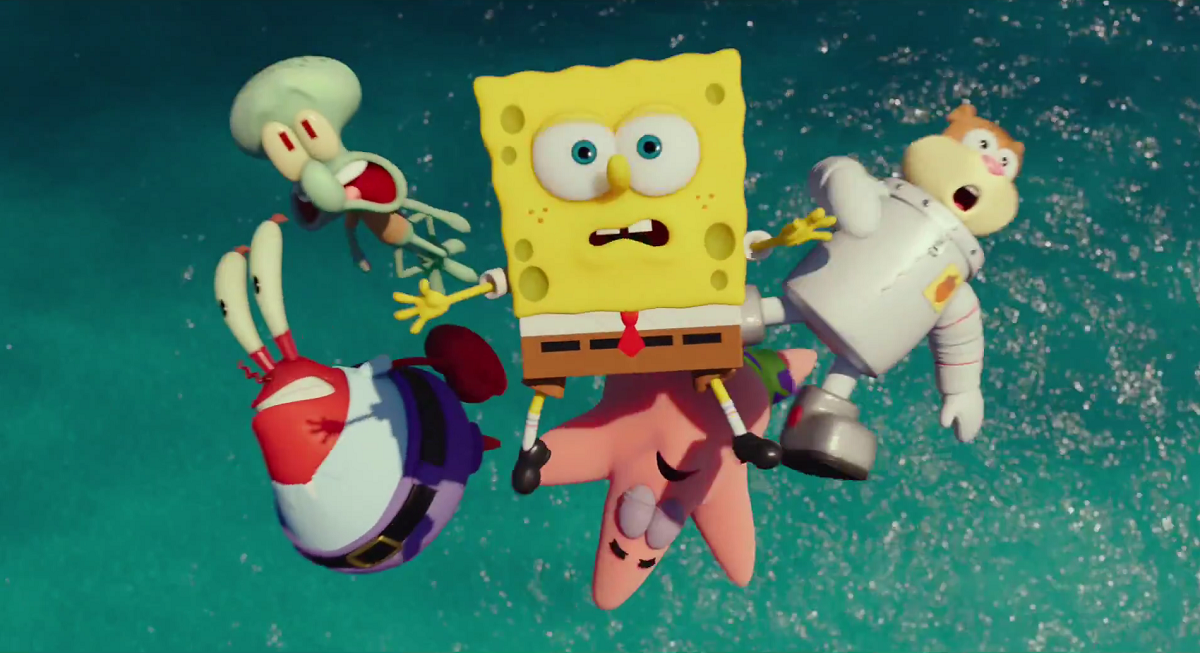 In keeping with the ever-increasing trend of unnecessary sequels comes SpongeBob Squarepants: Sponge Out of Water, eleven years after SpongeBob’s first appearance on the big screen. Except Sponge Out of Water is in no way related to the film that preceded it and plays more like an extended episode of the television series. And to be perfectly honest, a follow-up film feels like a cheap ploy to introduce a whole new slew of children to SpongeBob Squarepants and provoke feelings of nostalgia for those of us who grew up watching the series on Cheez TV in the early 2000’s.

In Sponge Out of Water, Bikini Bottom devolves into chaos when the secret formula for Krabby Patties inexplicably vanishes into thin air (or water). Aware of his numerous attempted schemes to destroy The Krusty Krab, the townsfolk of Bikini Bottom believe Plankton (Mr Lawrence) to be the most likely culprit, but also immediately suspect SpongeBob (Tom Kenny) when he, knowing the truth, stands up for Plankton. Despite commonly being adversaries, SpongeBob and Plankton band together and build a time machine to travel back in time in an attempt to prevent the formula from disappearing from Mr Krabs’ safe. Without the constant influx of Krabby Patties, Bikini Bottom immediately morphs into a post-apocalyptic-type world. Although it’s exaggerated for laughs, it’s also an interesting comment on our heavy reliance on the fast food industry and our need for instant gratification.

The decision to partner up SpongeBob and Plankton is rather baffling. Having the hero redeem the villain is obviously a common trope in pop culture, but Plankton was never the most interesting or popular secondary character in the SpongeBob franchise to begin with. In fact, he’s mostly just a grating, over the top nemesis who is annoying at best. I can’t say I’ve ever met a person who said, “Plankton is my favourite SpongeBob character” and I’ve definitely never heard somebody beg for Plankton to be given more screen time. However, I did enjoy Plankton’s physical inability to pronounce the word “teammates”. 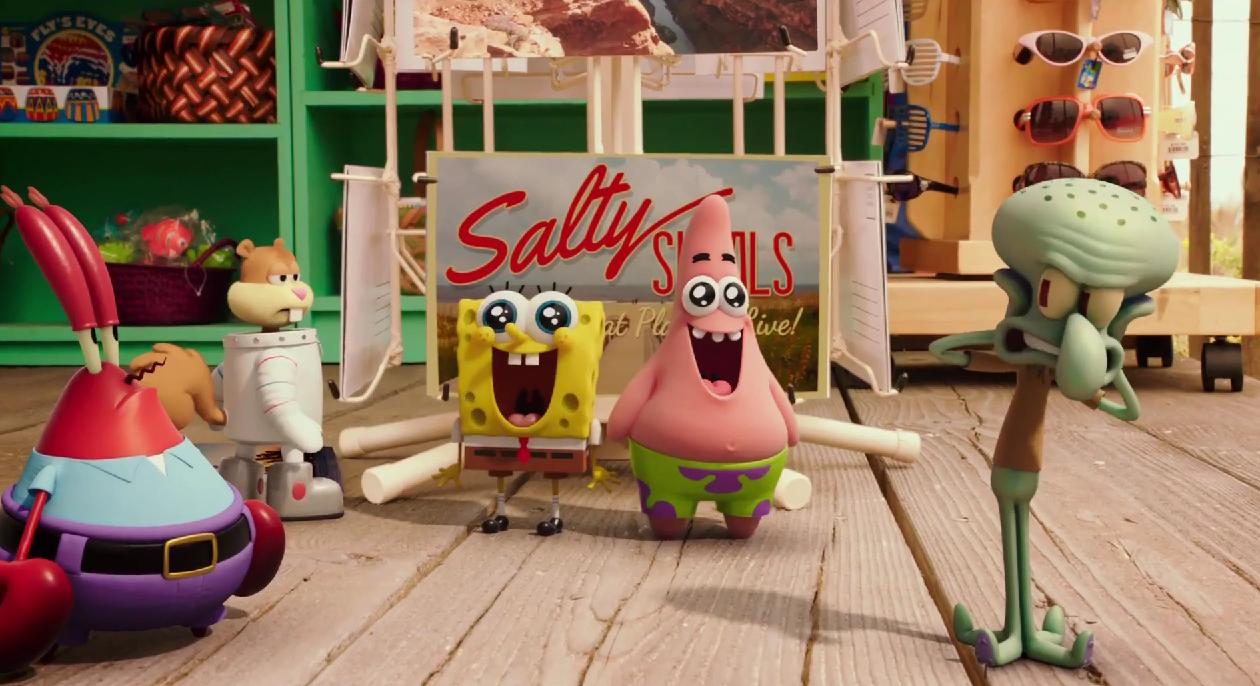 SpongeBob and Patrick’s (Bill Fagerbakke) dynamic is frequently the fan favourite, with SpongeBob’s relentless enthusiasm and Patrick’s sweet obtuseness, having these two naïve buddies team up together was always a highlight of the TV series and the first film. Unfortunately the sequel doesn’t utilize the relationship to its full potential which is a shame because both characters are typically at their funniest when they are together. Like Plankton, Mr Krabs is also given a more prominent role this time around, a one-note character that, again, isn’t particularly hilarious, nor is he the reason kids fell in love with SpongeBob in the first place. I can respect the fact that Stephen Hillenburg and Paul Tibbitt wanted to differentiate this film from the previous one, but the plot never quite gels together.

My biggest gripe with Sponge Out of Water is its unnecessary use of live-action film – and Antonio Banderas for that matter (seriously dude, what happened to your career that you’re reduced to acting alongside animated seagulls?). When cartoon characters collide with living, breathing people it is always jarring. Bikini Bottom is a bizarre little entity and having the real world exist outside of it detracts from the fantasy.

I’m aware that I’m beginning to discuss a cartoon a little too seriously, especially one that takes place in the ocean where everybody can miraculously start fires and the fish walk around instead of swim. Sponge Out of Water is ninety minutes of light hearted entertainment for the kids, even though some of the jokes are targeted towards adults – Squidward (Rodger Bumpass) ‘inking’ himself had to be a euphemism, right? I lost track of the number of puns that were used and there was one meta joke in particular that got a decent laugh from the adult audience, “Okay, everybody who isn’t a secondary character come with me.” Young kids are sure to enjoy the film but for long-time fans of the original series, you won’t miss much if you decide to skip this redundant sequel.