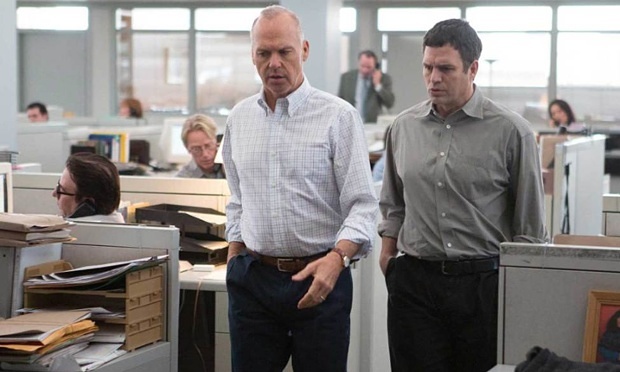 Spotlight ranks among the very best of newspaper cinema because just like effective journalism, it remains impartial. Alan J. Pakula’s All The President’s Men and David Fincher’s Zodiac, both of which share a lot in common with Spotlight, stand out in this busy corner of cinema for the same reason. Truth is stranger than fiction and there’s no room in this variety of film for the sort of sensationalism that cinema can often err towards. It’s that sort of sensationalism that might have imbued or amplified character traits in the name of entertainment, or fabricated impassioned monologues in the name of drama. Tom McCarthy’s Spotlight may not be entirely innocent of filmic flourishes but it never becomes suffocated by them.

The film is the true story of a team of investigative journalists, from the Boston Globe newspaper, who uncover and probe corruption in the Catholic church regarding the molestation of children by priests. McCarthy engages first and foremost in that corruption and in the investigation of the Boston Globe team, which calls itself (it operates still) ‘Spotlight’. Characters inhabit Spotlight but never dominate it. One of the crucial elements of McCarthy’s direction is his wonderful casting. There’s little room for character development – that’s a good thing – but the cast, including Michael Keaton, Mark Ruffalo, Rachel McAdams and Liev Schreiber inject enough life in their characters that the film never smacks of mundane fact reiteration. 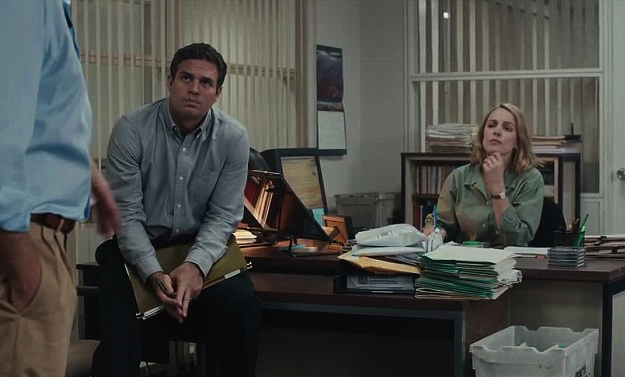 It’s also a movie without ego. McCarthy’s stylistic flourishes are measured, welcome and by-and-large serve the purpose of conveying significant information. It’s not a flashy film but rather an expertly handled one. Spotlight is steered appropriately and effectively for almost the entirety of it. There’s an extravagant number of films in the vein of Spotlight, but few that succeed so compellingly and with such understatement. The danger of engaging an audience intellectually is that any emotional prodding will shatter that sense of scholarly authority. People don’t like their sentiment herded, which is the pitfall of a lot of films that consider sensitive issues. It isn’t a problem in Spotlight.

Great newspaper films offer a comprehension and appreciation of the topic under investigation. Condensing that information so that it remains intellectually satisfying for an audience while fending off confusion is something that even some of the best of these films struggle with. There are names and dates that will go over your head in Spotlight. Such is the nature of the beast. It’s how McCarthy and his team of filmmakers and actors convey the rest of it that’s impressive. There’s a real sense of progression to the investigation and how the film feeds the audience the crucial material. The film also promotes an awareness of the scandal that the relatively uninitiated otherwise might not have had. “Did you ever tell anyone?” Rachel McAdams’ character Sacha Pfeiffer asks one of the molestation victims. “Like who?” is the answer. “A priest?” 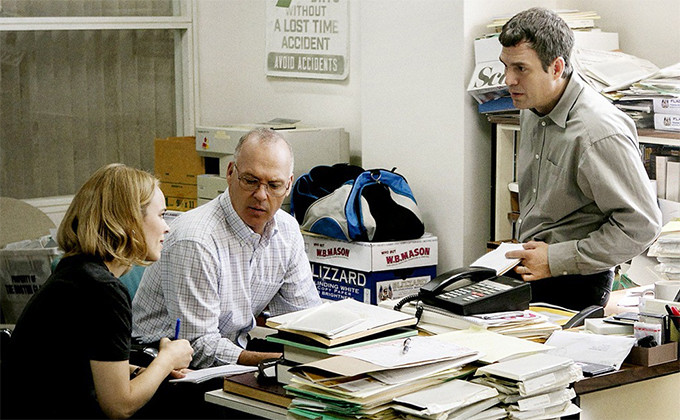 It’s not an easy topic under scrutiny, and it wouldn’t have been back in 2001, when the Spotlight team were in full swing with their investigation. “How do you say no to God, right?” one character muses. That Catholicism shares a deep association with the city Boston is something that a lot of non-Catholics who’ve never been to Boston know. Another character suggests that priest molestation of children within the church is so rampant that it’s a “recognisable psychiatric phenomenon.” That religion is ingrained in their city does something to explain how the crimes were kept a secret. It also illustrates the magnitude of the Spotlight task. All four of the team members were raised Roman Catholics.

Spotlight highlights just how difficult it can be to obtain something as fundamental as truth. It’s also a welcome reminder of the efforts good journalists will undergo in order to provide that truth to the public. There are a lot of films like Spotlight, all with the best of intentions and varying degrees of success in realising those intentions. Spotlight is one of the appreciated few that accomplishes a great deal and somehow gives off a deceptive sense of  effortlessness.