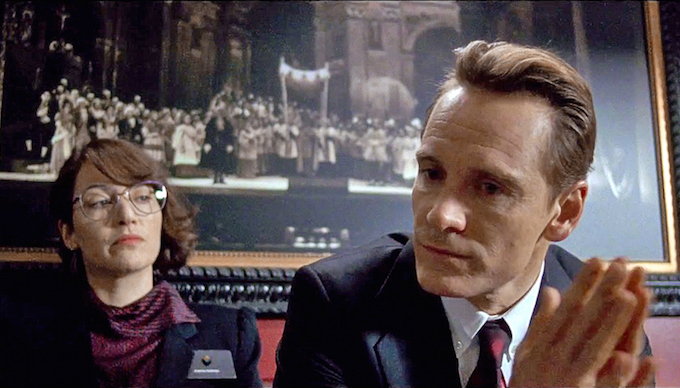 Steve Jobs must have been a remarkable man. His death has been lamented the world over. Visionary and genius are but two of the more common flattering labels often applied to him. Two large-production films have been made about him in as many years. Neither illuminate the uninitiated as to exactly why Jobs is so universally lauded. Steve Jobs, the new film written by Aaron Sorkin and directed by Danny Boyle is the better of the two, objectively speaking. Performance, writing, direction, cinematography etc. dictate objective success. But the title of the film is Steve Jobs. Why must have Steve Jobs been a remarkable man? If Sorkin and Boyle know, they’re not letting on.

They’re not letting on in the sense that Jobs’ genius is presented as a given, despite the film depicting more of his failures than his successes. Somewhat curiously, if we are to take his successes as genius, then Boyle’s film is a powerful advertisement for Apple, the company Jobs co-founded with Steve Wozniak, and Ronald Wayne. Jobs, the Joshua Michael Stern 2013 film, dealt with that dilemma by ignoring it, as does Boyle’s. Regardless of Jobs’ motivations, which are barely explored with in either film, Jobs is a business man, not a philanthropist. Is it missing something to suggest otherwise? Perhaps, but after two films whatever is being missed remains ambiguous. 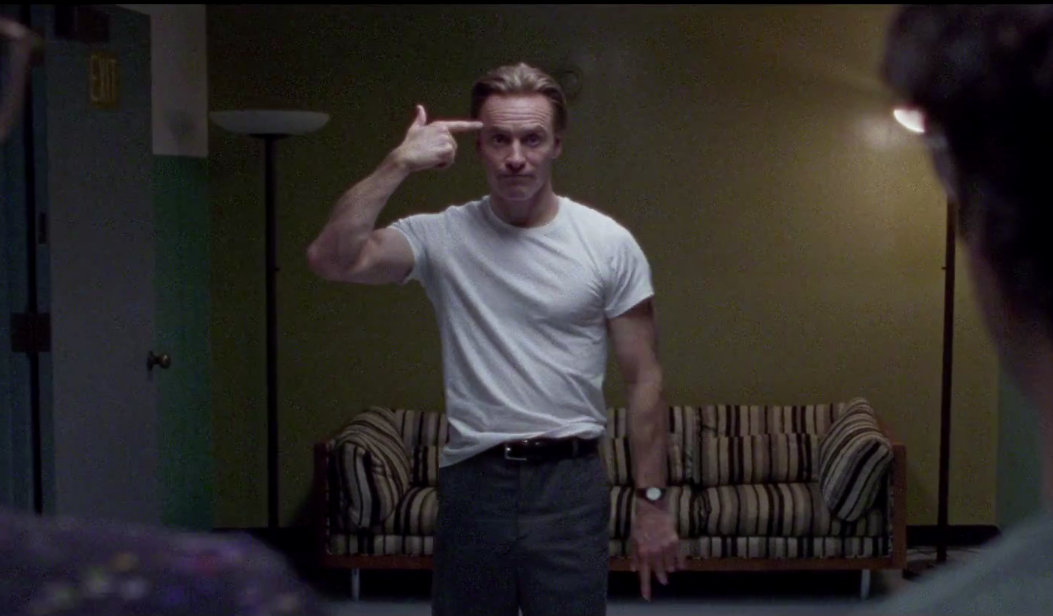 The foundation of the film is Sorkin’s script, which is at the fore for almost the entire running time. Sorkin is a wonderful writer of more style than substance and one of the few screenwriters whose words, when in the hands of the right actor, elicit a comparable response in an audience that a virtuosic musical performance might. Even when Sorkin’s heavy sense of style has a detaching effect, it’s difficult not to admire the skill behind the words.

Those words are superficial in Steve Jobs, which is a film built around conversational one-upmanship. Nobody talks the way Sorkin writes, despite the pleasure gained in hearing the dialogue. It’s verbal sparring to a surreal degree. And it’s no more illuminating regarding Jobs as a man or an innovator than Joshua Michael Stern’s lesser made film was. “Computers aren’t supposed to have human flaws,” Wozniak tells Jobs says. “I’m not going to build this one with yours.” The film touches on the idea of someone so flawed pursuing perfection in creation, without any real intention or significance. 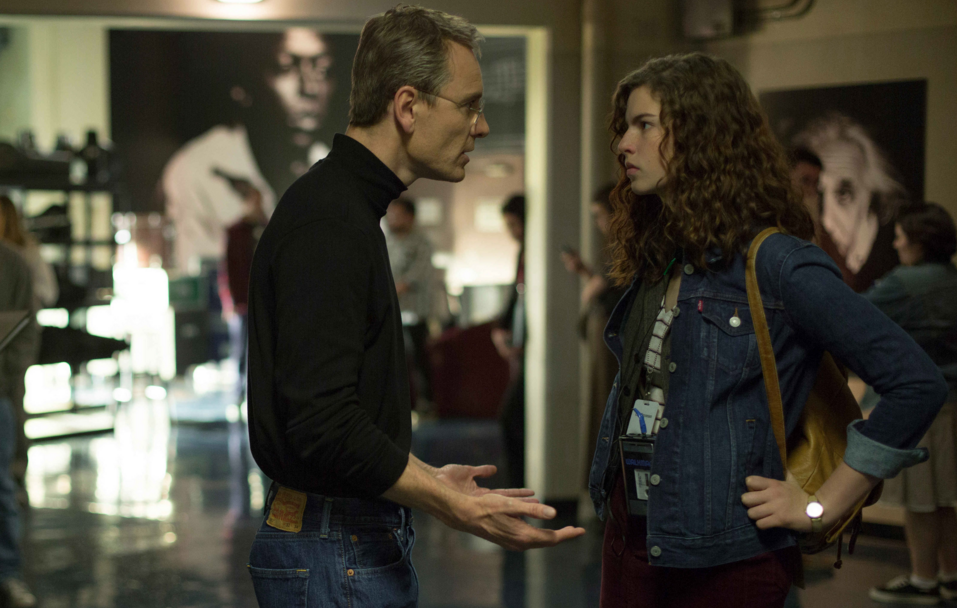 The action plays out principally over the course of three separate product launches – the Apple Macintosh, the NeXT and the iMac. None of it feels real, which is as much of a problem as it isn’t. One of the reasons it’s a problem is because the film is about a real person. One of the reasons it’s not is because film is art. Jobs interacts with the same people over the course of each launch. His foibles as a man are revealed through the breakneck dialogues Jobs has with his colleagues and his family. As are his strengths. But nothing to suggest a man who conjures the universal admiration and affection that Jobs does. Apple CEO John Sculley (Jeff Daniels) complains that he’s been getting death threats because, in the public eye, he’s the man who fired Steve Jobs but this feverish popularity is never made entirely coherent. Steve Jobs is more interested in what made Job ordinary, not what made him extraordinary.

And yet Boyle serves Sorkin’s script with energetic direction. And Michael Fassbender as Jobs, Kate Winslet as Jobs’ marketing executive Joanna Hoffman and Seth Rogan as Steve Wozniaki are wonderful vessel’s for Sorkin’s words. And there’s a stamina to Alwin H. Küchler’s cinematography. It’s an impeccably executed film. If only it wasn’t about a real man, and one who begs more explanation. What is Steve Jobs? It’s a question that could be asked of the man and film equally. If you know the answer to the question regarding the man then the film may be less baffling. Steve Jobs helped create and sell the iMac, and the iPod, and the iPhone. Those are all wonderful products. But is it really so blasphemous to ask, “so what?”