"The Assistant is a scream of frustration in a slow cinema package. "

"Weinstein was making the company hugely profitable. This, they figured, was the price of success."

The title character of The Assistant spends a lot of her time standing next to printers and photocopiers as they disgorge copious volumes of paper. Frequently it’s the latest draft of a movie script, which, in the indeterminate era of this film, still gets three holes punched down its left side, still get fastened together with those little brass fasteners, known in the industry as brads. Sometimes, though, the material is more ominous. Sometimes she prints out for her boss a seemingly endless succession of headshots, the subjects of every conceivable shape and colour as they replace one another on the output tray. The one thing they have in common? They’re all beautiful young women. 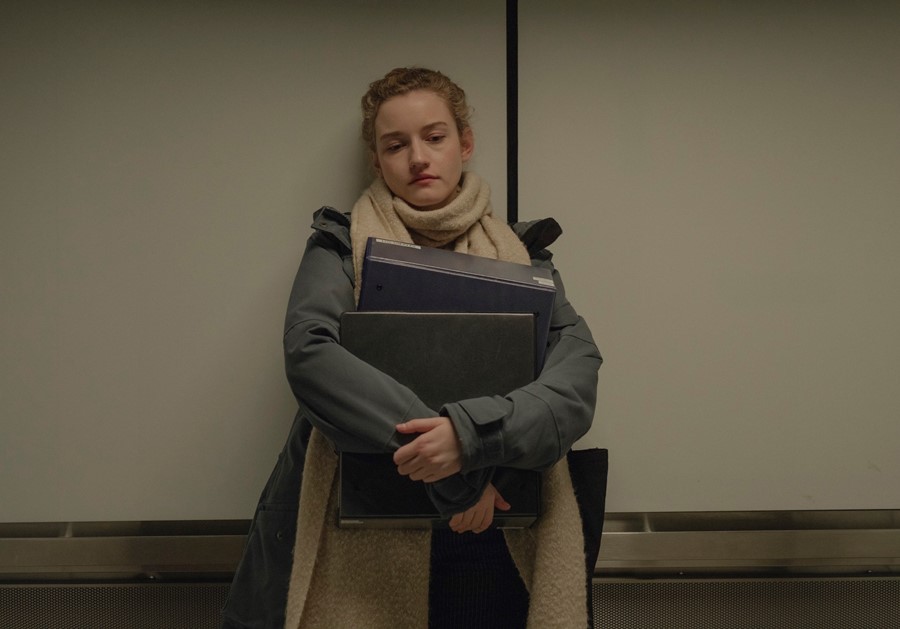 These women are hypothetically up for some role in an upcoming film on the company’s docket. In reality, they are all potential future victims of a monster. Kitty Green’s film paints a portrait of that monster without ever showing him on screen, his impact only visible on the expressions of the faces of the people who work for him, either officially, by virtue of being on the payroll, or effectively, by their willingness to trade sexual favours for career progression. That this character is based on Harvey Weinstein goes without saying; that he’s as sinister as he is, when his voice is only heard as an indistinct stew of rage and profanity on the other end of a phone line, is a tribute to the strength of the Melbourne writer-director’s filmmaking.

Jane (Julia Garner) is the first one in at her New York office and the last to leave. That means it’s dark at both ends of the spectrum no matter what time of year it is, though that darkness is magnified on this particular day, as it happens to be winter. A major movie has just opened for her company over the weekend, so she’s just spent the weekend at the office. But there’s no rest for the low woman on the totem pole, and so it is that a car picks her up at her house in Queens before 5 a.m. on Monday morning as well.

As she goes through the morning routine, preparing the office for everyone from the male production assistants just above her to the big man himself, the groundwork is laid for this momentous day, when she finally starts to understand the type of man she’s been working for these past five weeks. She’s accustomed to making small missteps and being chewed out by her boss; in fact, all three underlings have gotten so good at apologising that the other two offer unprompted advice on how to word the email. What’s only dawning on her now, as the day itself dawns, is that he is also exploiting the young actresses and other attractive innocents who enter his orbit. Today, that includes another young assistant he has offered a job and put up at a fancy hotel, after meeting her while she was waitressing at a film festival.

The Assistant is a scream of frustration in a slow cinema package. The events of this day unfold with an acute sense of the mundane, as Green is a master of the subtle indignities of this type of workplace. It’s not the more colourful vitriol unleashed at Jane by her boss that is the most demoralising. It’s the way she’s casually belittled by some of the other male staff around her, not in a way that objectifies her physically, but in a manner that considers her a servant at best and a piece of furniture at worst. Green’s film is shrewd not to make Jane herself a victim of her boss’ sexual advances. It’s more effective from the perspective of someone witnessing these transgressions and trying to figure out whether to hold her tongue. 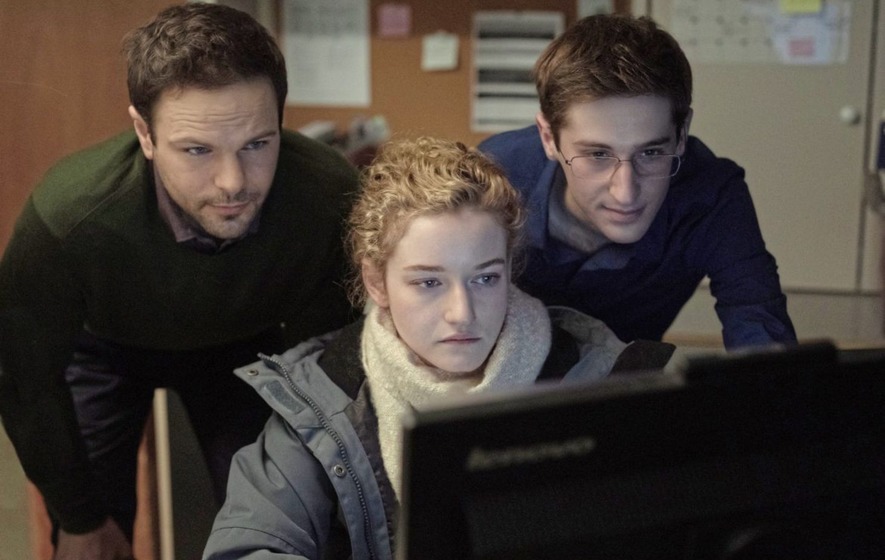 The film progresses as a series of three-minute episodes that underscore some banal aspect of Jane’s day, and how it might be tainted by the underlying rot of the company where she works. It becomes clear that the chairman’s philandering is an open secret at all levels of the office, which is spread out over two buildings on the same block. At one point she is making out cheques for her boss to sign, but has to ask someone in the finance department why a couple of them have no memo, and whether he’ll understand what they’re for. “He’ll know,” the man responds. Then there’s the episode where she is trying to fish an abandoned earring out of the vacuum cleaner. The men nearby knowingly snicker.

This of course must have been what Miramax Films, and ultimately The Weinstein Company, were like during the entirety of Harvey Weinstein’s tenure. At first maybe Weinstein’s behaviour toward young starlets was not widely known. But over time, word would spread, and far too many people, both men and women, would have been engaged in covering it up almost by instinct. Not to do so would be career suicide, they feared. Weinstein was making the company hugely profitable. This, they figured, was the price of success. 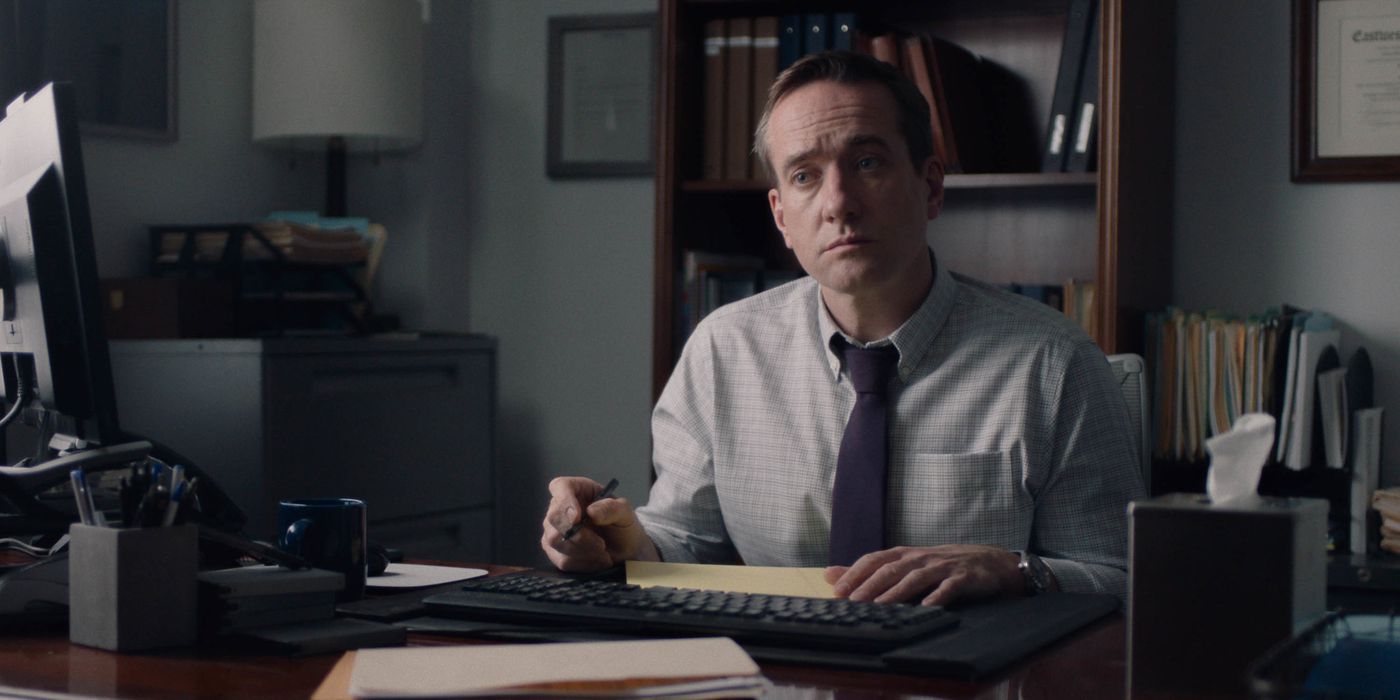 These stakes are laid bare in a great scene between Jane and a deceptively receptive human resources flunky (Matthew Macfadyen). As Jane brings him an accumulation of evidence about her boss’ misdeeds, he carefully repeats back her evidence while jotting down notes on a yellow legal pad. Slyly and perniciously, he paints for her a picture of what these stray accusations look like, and where they will lead for her: the end of her career. Ever oily in his presentation, he acts like he’s trying to save her job, though really, he’s scolding her for being so naïve, and showing his own scorn at that naivete. “Why do you want to throw it all away on this bullshit?” he asks.

While the single-day structure is highly effective as an organising narrative principle, it does create the opportunity for some nitpicking. The amount of time devoted to potential mistresses streaming in and out of the office, everyone from starlets to the nanny of his own children, strains credulity a bit. Green has only a limited amount of time to establish a pattern of behaviour, so Jane’s every task for the day comes to be making excuses to an angry wife or returning that earring to the chagrined actress who comes to retrieve it, who is barely allowed off the lift. The excessive fidelity to realism, which otherwise characterises this film, is sacrificed a bit when these events all occur in a single day rather than sprinkled out over weeks or months. If this were anything like a typical day, Jane should have reached her breaking point much earlier. 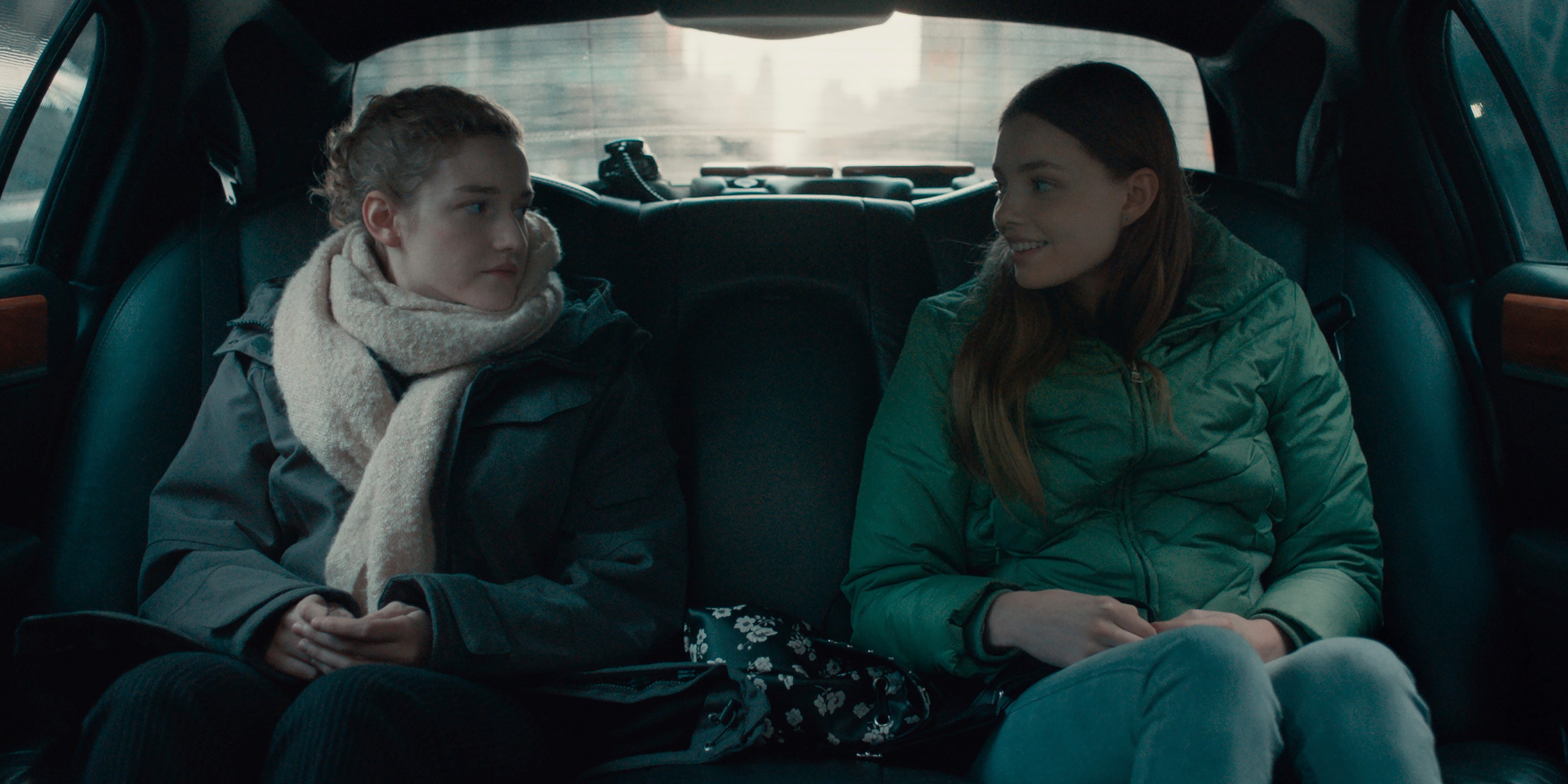 Time, though, is a crucial aspect to the central question posed in The Assistant: When did you know about it, and how long were you complicit? Unfortunately, very few Miramax or Weinstein Company employees ever tried to save Harvey Weinstein’s victims from him, which is how he was allowed to pursue his appetites for so long before they were finally unveiled to the world. The Assistant asks us never to let it happen again.

The Assistant is available to rent now on Foxtel On Demand and comes to numerous other platforms 10 June.