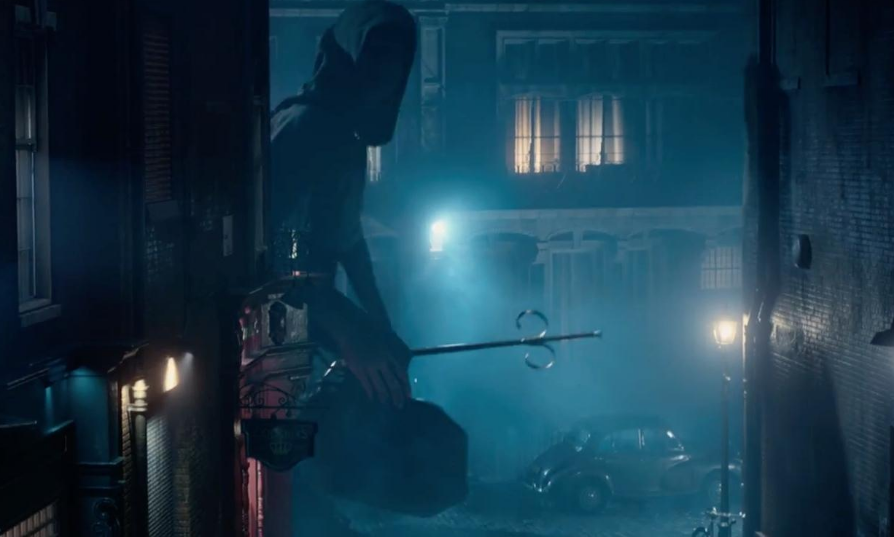 We live in an era where CGI wonders have become so commonplace, they’re often greeted with yawns by an audience that’s seen it all. But there’s something that continues to amaze about the realistic rendering of giants. Steven Spielberg’s latest, The BFG, doubles down on that by giving us three orders of magnitude, rather than the usual two. The big, friendly giant of the title is actually rather small when compared to his fellow giants, who call him “Runt.” They need only a single hand to hold him, just as he can easily palm the heroine, a precocious young girl he plucks from an orphanage when she spots him skulking around in the middle of the night. This is all handled with a delightful seamlessness, as beings of various size interact with objects much greater or smaller than they are.

Unfortunately, the size effects have a lot of heavy lifting to do in order to distract from the meandering plot. In Melissa Mathison’s adaptation of the Roald Dahl book, neither Sophie nor the giant has a real goal, which deadens the pace in a film that’s already unusually long (117 minutes) for a children’s movie.

Sophie (Ruby Barnhill) is just as happy to be whisked away to the land of giants, as she’s an insomniac who dreams herself into the pages of books to escape her bleak orphan’s existence. She finds a much more profound and literal form of escape in the lair of a giant (Mark Rylance) who eats large exotic legumes called snozzcumbers, and makes his living bottling and distributing dreams. Going only by the name “Big, Friendly Giant” – which she shortens to BFG – this creature has a role akin to that of Santa Claus or the Tooth Fairy. He bounds about at night, shrouding himself in the shadows of the urban London landscape, and uses a special trumpet to blow colourful gaseous substances into the orifices of sleeping Londoners. These, you see, are their dreams. The other giants – going by such taxonomic classifications as “meat dripper” and “child chewer” – have far less benevolent intentions toward humans. They’re carnivores, and the blame for a recent spate of missing children naturally falls on them. Sophie and the BFG get the idea to warn the queen of England (Penelope Wilton) by communicating with her through her dreams, hoping she will use her royal army to end the giant scourge. 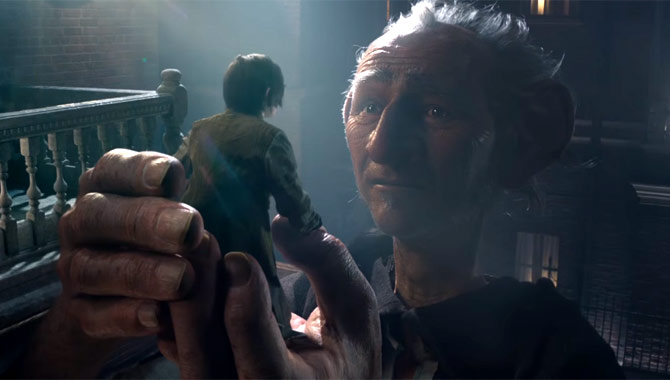 The film’s whimsical approach to reality takes a long time to arrive. By the time the queen hosts the BFG in Buckingham Palace, necessitating quite a modification to the furniture and typical breakfast menu, the film already feels like it should be wrapping up. It’s frittered away much of its running time on the to-ing and fro-ing with Sophie, BFG and the other giants, who spend countless minutes blundering about in dark and gnarly landscapes where the CGI looks particularly muddy. Sophie is the only human we even meet for the film’s first 90 minutes, so by then we’re as desperate for human contact as we are for daylight. The introduction of three familiar actors – Downton Abbey’s Wilton, Rebecca Hall and Rafe Spall – feels like an afterthought at this juncture. The BFG also chooses this point to reveal itself as sort of a comedy, which it hasn’t been to this point despite some lighter moments. The fact that the film finally has some room to breathe is welcome, but one wishes this was the tone it had chosen all along.

The previous stuff is not precisely heavy, but it’s weighed down by a lot of narrative dilly-dallying. There are at least two long set pieces involving the malevolent giants trying so sniff Sophie out, a task they pursue with an unwarranted amount of determination. It would be like if you or I committed all of our time and resources to locating a single solitary sausage, which wouldn’t satisfy even one of us, let alone a whole horde. The amount of time he lingers on these protracted episodes gives a sense that Spielberg is overly satisfied with what he can accomplish, but ironically, it’s then that his visuals fail him the most. The low light obscures the sense of wonder, and the dreams that are supposed to be illuminating the darkness – little collections of light that buzz about like fairies – feel particularly old hat. Parts of this movie feel like Spielberg is trying to make a better version of Hook, which he considers one of his career’s greater regrets, but is still unable to escape from a certain murky darkness. 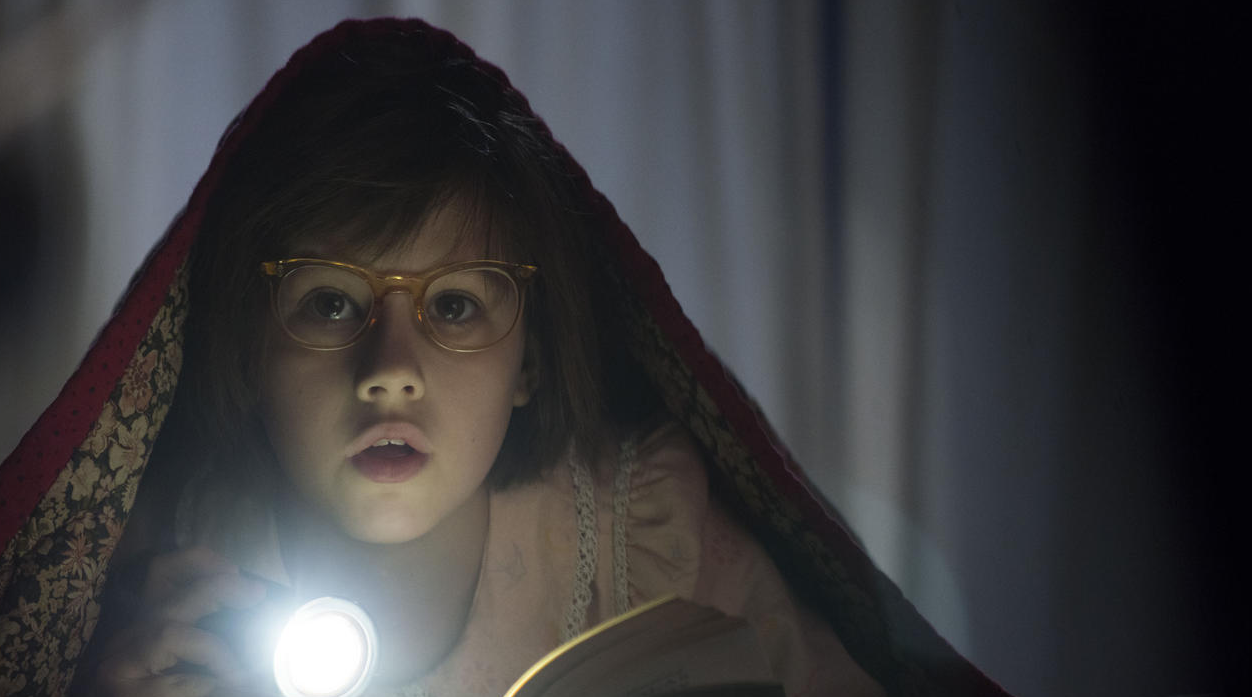 At least the two actors we spend most of the movie with are good traveling companions. The jury is probably still out on 12-year-old actress Ruby Barnhill, who is certainly adequate and possibly better than that. But it’s Rylance, whom Spielberg directed to an Oscar last year in Bridge of Spies, who proves the real revelation. It’s a motion capture performance, but that’s Rylance’s own face in between the oversized ears, and it’s an unusually expressive one. As that face frowns and smiles and furrows and twinkles, Rylance’s voice completes the portrait, charmingly offering an array of mislearned colloquialisms and adjectives that go on several syllables longer than they should. His voice manages to be both elderly and spritely, befitting a creature who doesn’t know his exact age but assumes he’s been around since the creation of the earth.

You just wish such a fully realised character could be part of a better story. Themes of standing up for oneself and finding a surrogate family are dabbled with, but never convincingly. Maybe a typical hero’s journey would have felt even less satisfying, but without that type of focused purpose, The BFG struggles to determine what it is. At the very least it’s a showcase for state-of-the-art cinematic giants. The BFG may not be a giant success, but at least it’s a success with its giants.