"It was always going to be an uphill battle in any portrait of Tammy Faye Bakker and her husband Jim, who swindled donors to their PTL (Praise the Lord) Ministries back in the 1980s, achieving 15 minutes of fame around the time of their downfall."

"Part of the problem between watching the real Tammy Faye and watching Chastain’s interpretation is that the real version was such a caricature already, a fictionalised version is going to seem outsized and outlandish even if she might not be."

In the opening scene of The Eyes of Tammy Faye, Tammy Faye Bakker is wearing clown makeup she can’t take off. A makeup artist asks to make some adjustments in preparation for a TV appearance, but Tammy Faye tells her this is not possible, as lines around her lips and eyes are on permanently, almost like tattoos. It lays an interesting groundwork for a woman we’re meant to take seriously on some level. Michael Showalter’s film spends the rest of its time trying to prove she is not a clown, with mixed results. 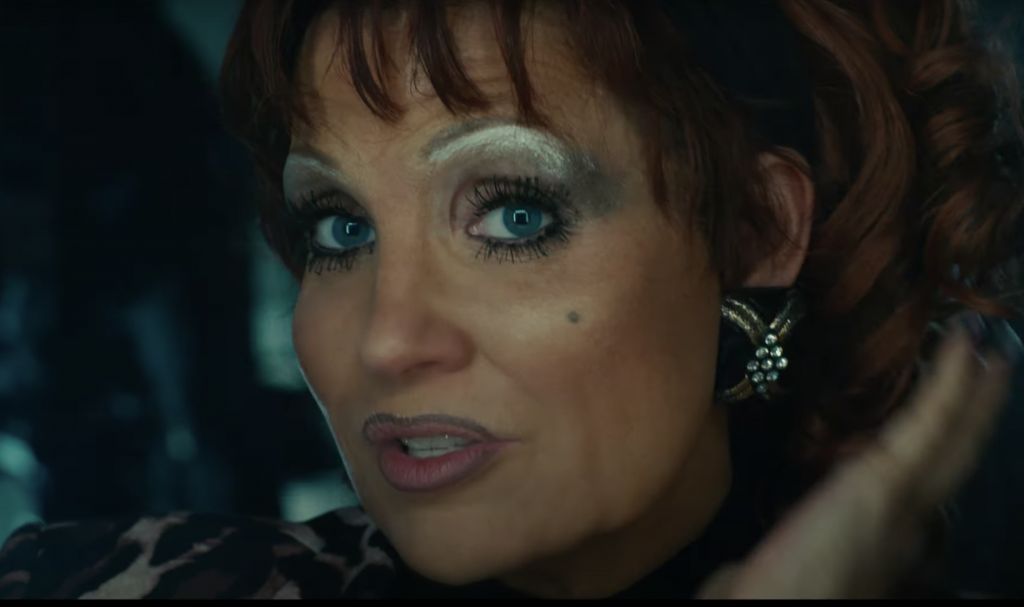 It was always going to be an uphill battle in any portrait of Tammy Faye Bakker and her husband Jim, who swindled donors to their PTL (Praise the Lord) Ministries back in the 1980s, achieving 15 minutes of fame around the time of their downfall – which also included Jim’s extramarital affairs, with both men and women. It was quite the perfect storm of sensationalist headlines around the Bakkers, only magnified by Tammy Faye’s extreme devotion to blush and mascara, and her tendency to cry on national television, which was mocked in every conceivable humour outlet at the time. Jim served a prison sentence for his crimes, while Tammy Faye was just blackballed and left to spiral off into an obscurity that was probably preferable in some ways to her infamy.

The Eyes of Tammy Faye intends to examine mitigating factors to the superficial way we’re inclined to perceive its subject. Very much in opposition to other prominent televangelists at the time – notably Jerry Falwell, who is played here by Vincent D’Onofrio – Tammy Faye preached that God’s love extended to homosexuals, and she trumpeted her support for the value of their lives whenever she was able to venture outside the party line. As depicted by Jessica Chastain, Tammy Faye seems genuinely not to have understood all the underhanded things her husband (Andrew Garfield) was doing, or when she did, to have agreed to them out of an overdeveloped urge to please, forged by a disapproving mother (Cherry Jones).

How well all this works in rewriting the history on Tammy Faye – a project first attempted by the 2000 documentary of the same name, of which this is a narrative version – is debatable. Chastain is certainly on board for that project. She shows us a younger version of Tammy Faye – with a much smaller, but still scandalous, amount of makeup – demonstrating her chipper devotion to God and her dim-witted sweetness. For her, devotion to God was not inconsistent with a sex positive outlook – a “vice” she shared with Jim, whose car salesman perma-grin was also less toxic when he was a younger and more innocent man. Even Jim gets a bit of a sympathetic portrayal by Garfield back then. We meet a genuine believer who was steadily corrupted into malfeasance by his debts to creditors, which were a product of his fatal flaw of wanting nice things. One of several fatal flaws, I suppose.

Some villains, though, feel more redeemable than others. To spend two hours with Jim and Tammy Faye, we have to be in it for reasons other than watching a train wreck of terrible 1980s pantsuits and outrageous headlines. (Showalter relies way too heavily on headlines and real clips from news anchors.) None of the collaborators can truly convince us the Bakkers are worthy of historical reinterpretation, at least not in the way the earlier documentary could start to do. 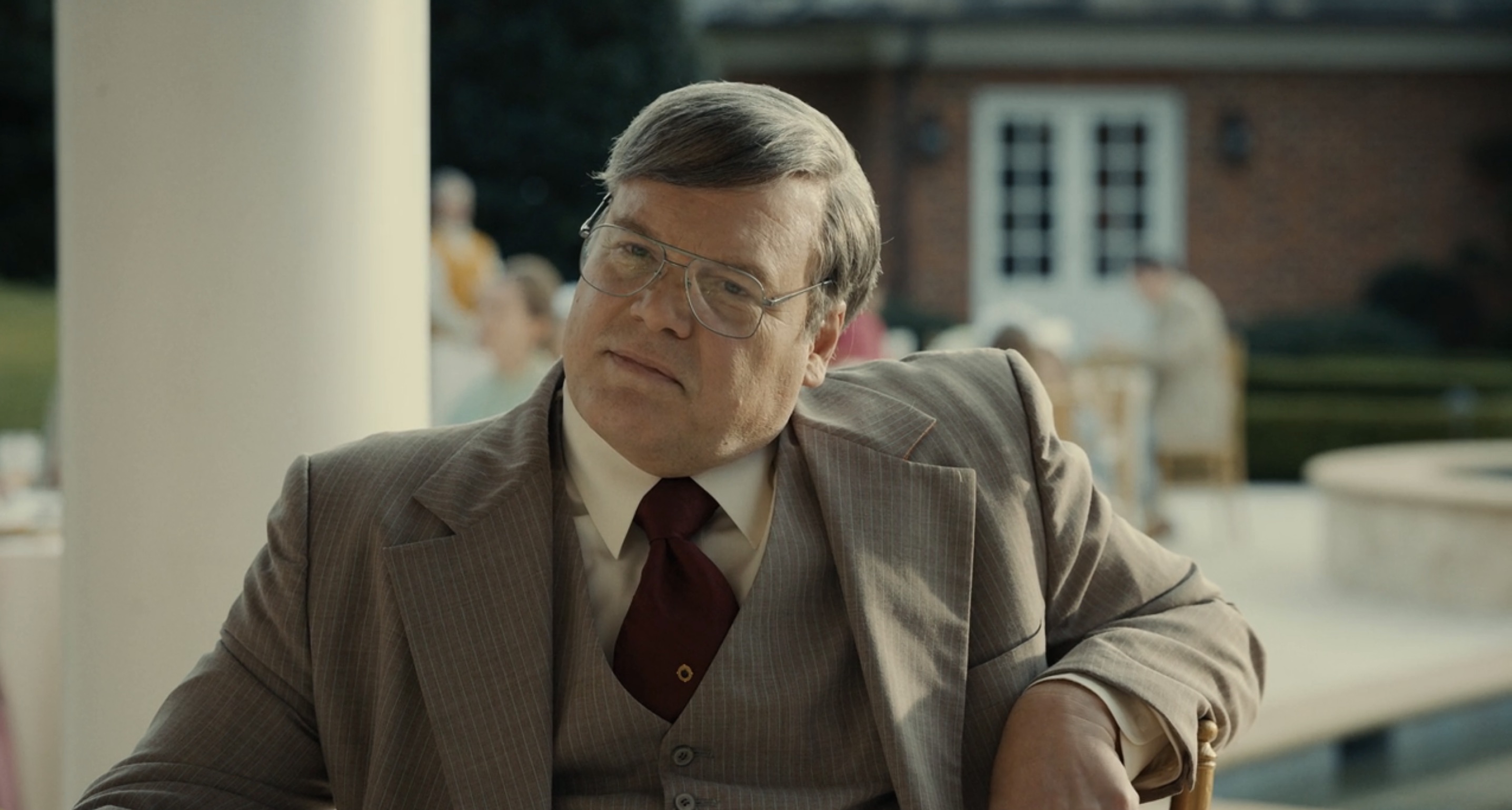 Part of the problem between watching the real Tammy Faye and watching Chastain’s interpretation is that the real version was such a caricature already, a fictionalised version is going to seem outsized and outlandish even if she might not be. Having the real person side-by-side would be helpful in contexualising things, and Showalter seems to realise that by including footage of the real people over the closing credits. However, part of that feels like the film’s attempt to congratulate itself on the technical specificity of the recreations, Disaster Artist-style, which just confirms that the movie comes from a place of laughing at these people – an approach Showalter’s history in comedy seems to confirm. That’s a problem because we can’t be certain that was intentional, and if it was, whether it was charitable. 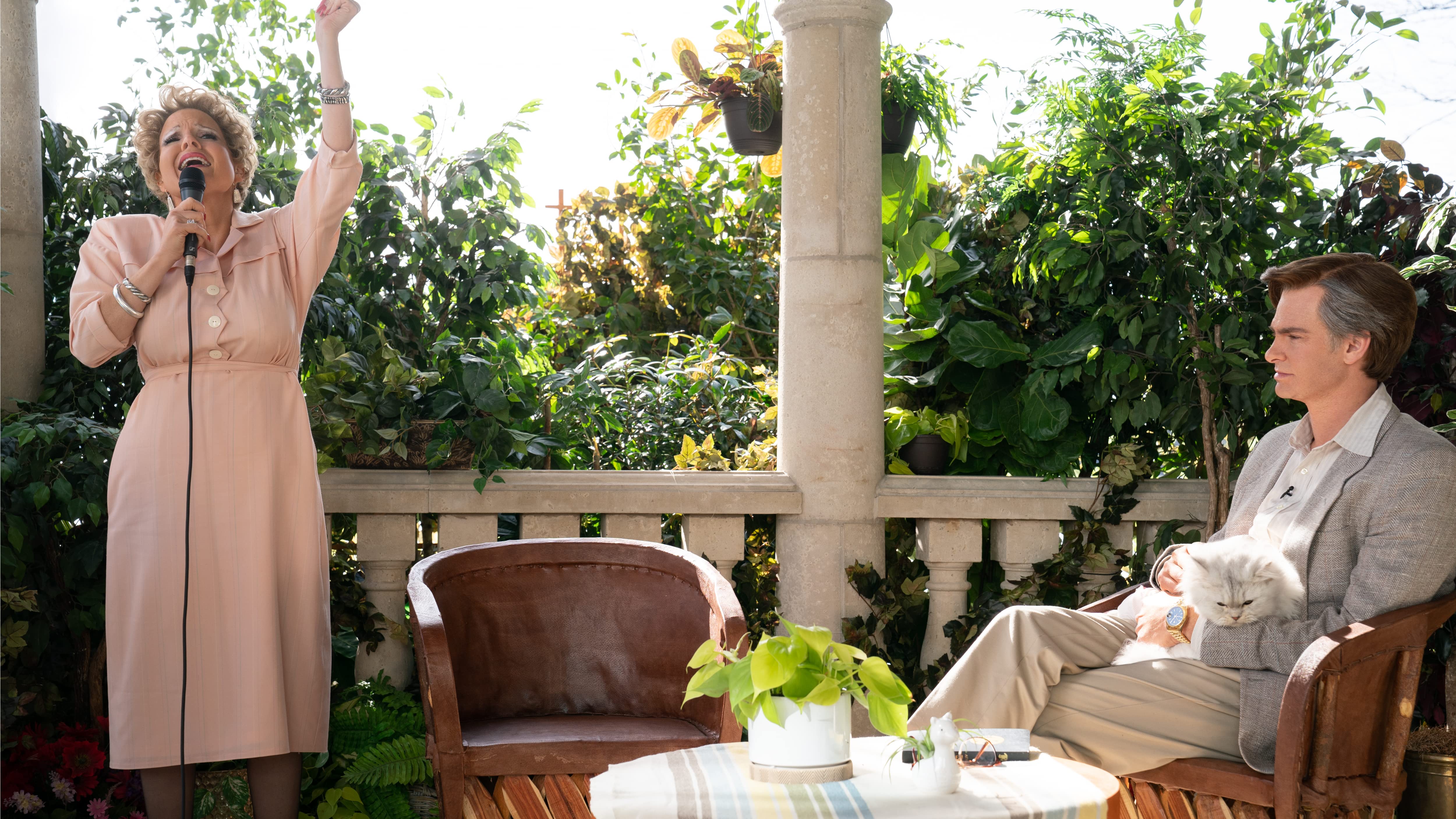 Without a groundbreaking new perspective on Tammy Faye as such, the film feels like just the latest in a long line of movies inspired by quirky news stories from the past couple decades and an opportunity to bring them to a new audience. The mere act of recreation seems to be what matters most. In this way, The Eyes of Tammy Faye is playing dress-up just as much as Tammy Faye was herself.

The Eyes of Tammy Faye opens today in cinemas.