"Thanks to the efforts of the actors and a 90-minute running time, The Guilty is never boring."

"Gyllenhaal’s work often lands in that space between 'best acting' and 'most acting,' and The Guilty is no exception."

Many of the movies shot in 2020 and released in 2021 just look like normal movies, devoid of the appearance of the COVID-safe protocols that were surely in place while making them. If the rights to remake a 2018 Danish thriller hadn’t been acquired later that same year, though, one would think Antoine Fuqua’s The Guilty had been cooked up specifically with the COVID-19 pandemic in mind. The film is shot entirely inside a Los Angeles 911 dispatch centre, where no one has to go anywhere near 1.5 meters from star Jake Gyllenhaal throughout the entire film. His workstation is even separated from his neighbour’s by three times that distance – a personal bubble explained, if an explanation were necessary, by the large bank of monitors used to route and triage incoming calls. 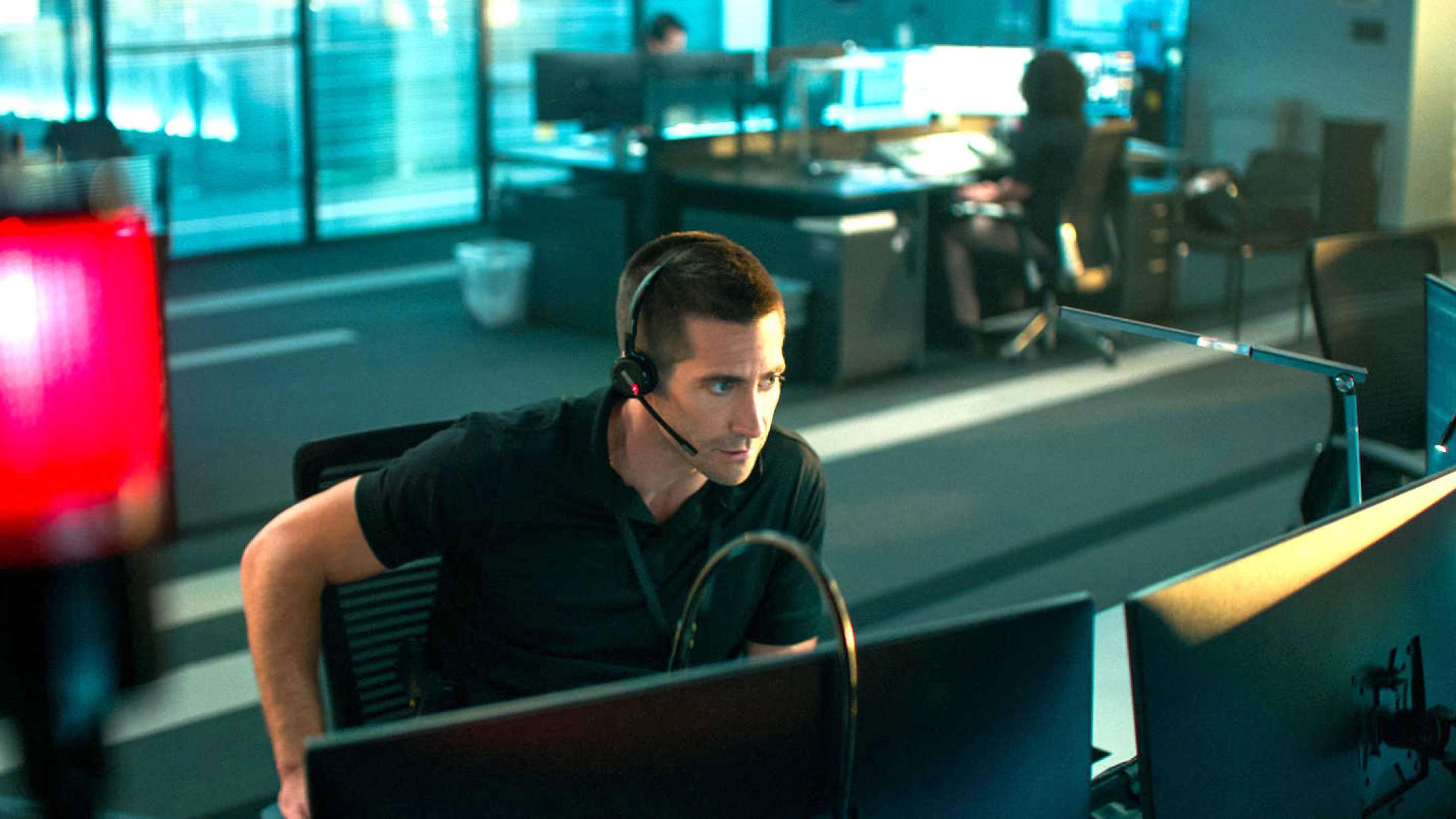 Because the dispatch centre itself is scantly populated – actor Adrian Martinez is probably the only other familiar face in the cast that appears on screen – the majority of the film’s considerable drama must come from Joe Baylor’s phone calls with the outside world. And there’s no shortage of big stars literally willing to phone in their roles, from Ethan Hawke to Peter Sarsgaard to Riley Keough to Paul Dano. Even comedian Bill Burr can be heard briefly over the dispatcher’s airwaves.

There’s something inevitably inert about this, from a filmmaking standpoint, especially with a flashy director like Fuqua at the helm. No stranger to this sort of police milieu, Fuqua directed Training Day, also featuring Hawke, which set him on the path to a number of high-profile action movies that also featured Hawke’s Training Day co-star Denzel Washington. The Guilty doesn’t seem to make use of Fuqua’s natural gifts for kinetic action, and there are only so many different shots you can get of Jake Gyllenhaal looking anguished on a telephone call, even when moving him to two other rooms within the dispatch centre. That said, thanks to the efforts of the actors and a 90-minute running time, The Guilty is never boring.

Joe Baylor was not always a 911 dispatcher. He’s a police officer who’s been lifted from street duty while awaiting the outcome of a trial, which will be presenting witnesses the morning after his current night shift ends. We don’t know what Joe is accused of at first, but we do know it has placed an additional strain on his relationship with his ex-wife and complicated his ability to see his daughter, whose face appears as the wallpaper on Joe’s phone. His body coiled and ready to leap through the phone to help somebody, thereby possibly earning his redemption, Joe is clearly not suited to be a passive director of traffic.

He gets his opportunity when a call comes in from a woman who appears to be held captive in a van. She’s convinced her kidnapper that she’s calling to check in on her child, so she can only speak in code to Joe, in phrases she might say to a young girl. Joe asks her yes or no questions to try to triangulate her location and find out more about her circumstances, demonstrating both his obvious gifts for police work, but also a disdain for the protocols a person in his position is supposed to follow. As he gets more and more agitated and breaks more and more rules, it’s unclear whether he’s helping her or putting her in more danger – and whether he has even assessed the situation correctly.

Gyllenhaal’s work often lands in that space between “best acting” and “most acting,” and The Guilty is no exception. The actor is constitutionally unable to underplay a role, which probably makes him a good candidate to star in a movie that relies almost exclusively on his line deliveries through headsets and mobile phones. We need a sort of maximalist performance here, and Gyllenhaal gives it, for better or for worse. Usually it’s for better.

Gyllenhaal’s intensity occasionally undercuts some of the film’s realism, but the performances of the actors on the other end of the line set that firmly back in place. Whether not relying on their faces frees them up or is a hindrance that they overcome, Gyllenhaal’s co-stars do yeoman’s work here. It’s probably better that we must wait for the credits to connect familiar actor names to voices – unless you are reading this review, of course – because it indicates that they’ve slipped into their roles and refused to let trademark vocal tics distinguish them. Considering that a person who doesn’t appear on screen never needs to be a star, given that they play no role in the marketing of the film, it’s a testament to The Guilty that it got talented actors who realised what percentage of the heavy lifting would need to be done by them. (Of course, with just vocal work it was surely easy to get them on the cheap.) 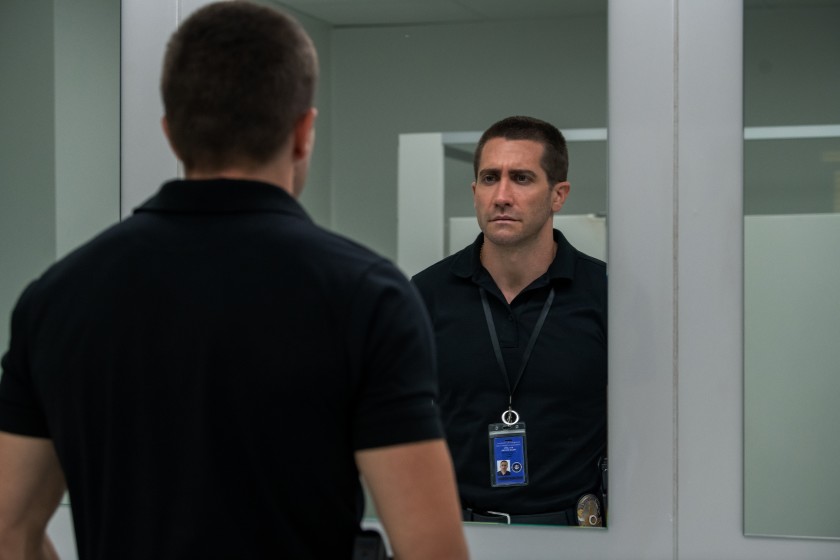 It’s undeniable that The Guilty succeeds at translating its unique filming circumstances into a tense and watchable film. It’s the type of film that might not have a place on the big screen of 2021, as the larger canvas tends to accentuate its smaller scale. Thank goodness for Netflix and the alternate cinematic outlets it has helped pioneer, as The Guilty deserves a venue that will remain viable into the future. Because you can get it with a single click on Netflix, it makes for a perfectly satisfying little jolt of dramatic energy for a random Tuesday night.