Sean of the dead. 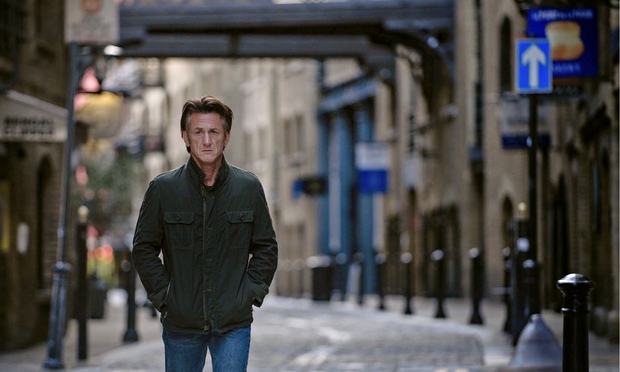 Perhaps one of the most curious aspects of Pierre Morel’s The Gunman is just how much it illuminates all the interesting things about a cinema’s walls, and floors and exit signs. Faces appear on screen – faces that you might remember being mildly interested in not half an hour before – that inspire absolutely no emotional recognition. Oh, that’s right. It’s Sean Penn. I’ve been looking at him for a while now. Why don’t I know what’s going on? Why don’t I care about what’s going on? What is emotion? Who am I? Best keep looking at the roof of the cinema and thinking about the Lord of the Fries that I’ll be buying on the way out of the movie.

The Gunman is one of those films that meanders into cinemas and forces gloomy consideration regarding the income of everyone involved in comparison to one’s own. Morel has managed to entice an extraordinarily accomplished cast considering his own diminutive filmography and the depressingly insufficient screenplay, which actors of the calibre of Javier Bardem, Idris Elba, Mark Rylance and Penn deliver with absolute earnestness. Whether their conviction lies in genuine belief in the material or whether they were mislead by evil Hollywood puppetmasters is unclear. Morel is partially responsible for Taken, a film of inexplicable popularity that propelled Liam Neeson’s career into a new era and incited the flood of action films with protagonists pushing sixty. Perhaps Penn hoped for a comparable boost in profile. For his own sake, it’s probably best the film is suppressed from public consciousness.

There’s a plot, but it’s not significant. Morel seems far more interested in sexualising Sean Penn (it’s as astonishing a thing to write those words as it is to witness it happening on screen), who is shirtless for a bewildering number of scenes. In Morel’s defence, Penn does have a remarkable body for a 54-year-old, but the relentless insistence in The Gunman that Penn’s body is something that an audience would like to look at is nothing short of bizarre, especially considering his head sort of looks like a leather handbag with a nose.

At one point, Jim (Penn) asks his love interest Annie (Jasmine Trinca) why on earth she decided to marry the overwhelmingly creepy Felix (Bardem). Her explanation is that it’s like when you’re in a fire and you’re rescued by a firefighter. You owe him a debt. Felix was there for Annie when Jim disappeared many years before and she’s repaying him with marriage. What a peculiar outlook on both firefighting and marriage. This review has to end here. The Gunman is awful.