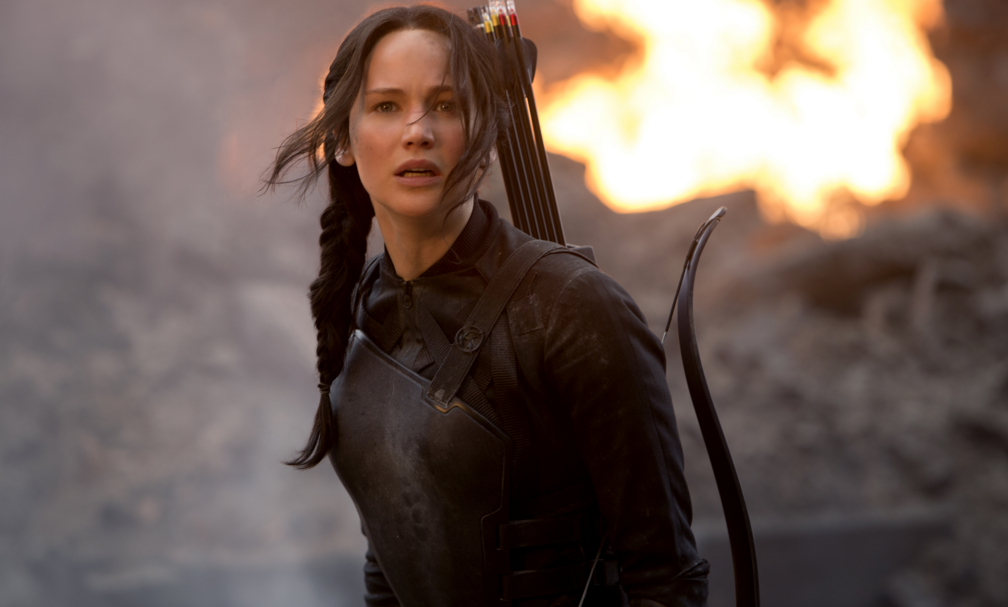 I’ve written this review once before. And if circumstance had been different and I’d been along to early screenings of the first two films in the Hunger Games saga, then this might be the fourth time writing the same review. Quality is pertinent to my enjoyment of a film, but not to my ability to express my thoughts on them. It’s not such a painful thing to write a review about a bad film or a good film. The slogs are the ones when nothing comes to mind because there is nothing to come to mind. And I’m now faced with the problem of repetition. I’ve written this review once before, last year.

The Hunger Games: Mockingjay Part 2 is plagued by sameness. Not just sameness to its direct predecessor, but to all three other films in the saga. It’s a testament to a charismatic central performance from Jennifer Lawrence and some versed direction from Francis Lawrence (who took over from the series’ original director Gary Ross after the first film) that the saga is as entertaining as it is. This latest instalment is repetition.

Having never read the books that this series is based on, I can’t attest to whether the third entry, Mockingjay, had enough material within its pages to justify two long films. But structure has been sacrificed and there’s the gloomy sense that the filmmakers have been grasping at any and all potential diversion to camouflage the sameness. We’re brought back into the story what seems like moments after the last film finished. Katniss (Lawrence) is ever the crucial figure of the resistance, led by President Coin (Julianne Moore). Parallels are drawn between Coin’s modus operandi and President Snow’s (Donald Sutherland). He’s the man in the rebels’ crosshairs. But we already know that Panem risks replacing one dictator with another because Mockingjay Part One told us so, a lot.

In my review of Part One of the Mockingjay instalment I mentioned the failures with the world of Panem – the world of Suzanne Collins’  Hunger Games book series – that the film series has tried to convey. I will never know whether the book series shares these problems. There’s no coherent space to Panem on screen. For all the flaws of Peter Jackon’s Middle Earth films, the fantasy was coherent. There was a correlation between the spaces that Frodo occupied. It felt entirely plausible that the space of Bree was connected to the space of Hobbiton and the space of Weathertop was connected to the space of Bree and so on. Panem as presented by Lawrence, and Ross before him, isn’t a living world, it’s the framework of one. 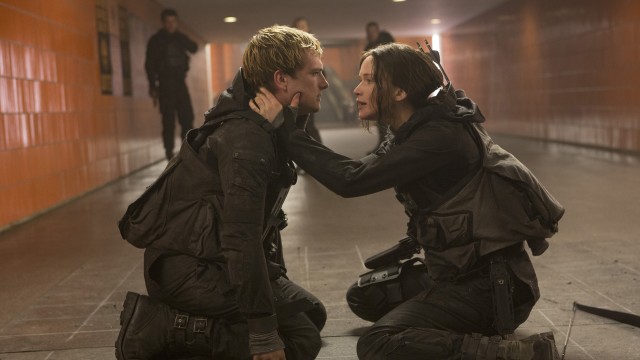 This has become more of an issue as the series has gone on. Investment in the world wasn’t so important in the first two instalments because the core of the entertainment came from a much more immediate sense of interest in Katniss’ survival in the arena of the Hunger Games. The series’ narrative ambitions were stretched but now, ultimately, they are broken. Immersion is the lifeblood of fantasy and science fiction but that sense of immersion is brittle in Panem. Lawrence wants us to invest ourselves in the District resistance without showing us how the District system works. A world like Panem, as presented in these films, is improbable. As a consequence the issues of Panemians are not easy to accept. They’re even harder to care about.

There are moments in Mockingjay Part 2 that recall that sense of danger from Catching Fire, perhaps the best in series, but they are few. I mentioned in my review of Part One that Catching Fire was the standout film in the series because, for the most part, we forgot that the world and the system around the action was unreasonable. Mockingjay Part 2 is entirely dedicated to a Panem; the world, the systems and the wars. And there’s just not that much to it.

On the implausible, much of Mockingjay Part 2 explores the love triangle between Katniss, her former co-victor, Peeta Mellark (Josh Hutchinson) and her childhood friend, Gail Hawthorne (Liam Hemsworth). At the risk of sounding petty, it’s absolutely inconceivable how such  a strong-minded woman like Katniss would ever be interested in a boy like Peeta, as played by Hutchinson. This isn’t a slight to Hutchinson’s physical appearance but rather the drab, useless way that he presents Mellark. It might be a silly example, especially considering how well-documented the opposing schools of thought regarding Peeta and Gail must be, and yet this absolutely implausible relationship between Peeta and Katniss is at the heart of the problems of the Hunger Games film series. The saga established that Katniss has feelings for Peeta (and Gail, who seems to me far more deserving of her attention), assumed success and powered through an entire series of movies on the back of it. You could argue that the world of Panem was established with equivalent half-heartedness. I don’t believe The Hunger Games for a second. And this is the fourth time that I haven’t believed it for a second.