"The lingering impression of The Manor, though, is something that’s not quite up to snuff. "

Early on in The Manor, former ballet dancer and current septuagenarian Judith (Barbara Hershey) voluntarily entrusts an aged care facility with looking after her from now on. She’s got some health issues that require medication, but in most other ways seems as lithe as she was in her dancing days. And you better bet we in the audience don’t feel prepared for Hershey the actress transitioning into a senior citizen. Seems like just yesterday she was playing ingenues. 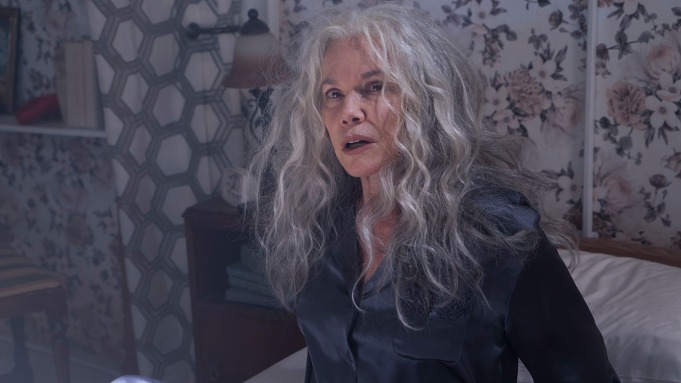 In any case, the place is specifically styled not to appear institutional, but rather homey, as one might hope for the early stages of aged care. Yet Judith’s new roommate is not in those early stages. She’s consigned to a wheelchair and her face is fixed with a permanent expression of fear and disorientation, one that is accompanied by fretting and moaning on a good day, screaming on a bad one. “Guess I’ve caught you at a bad time,” Judith says when introducing herself, perhaps sensing the twin horrors of what she’s gotten herself into, and what she might have awaiting in her own future, sooner than she might have expected.

There’s something bogus about this residential pairing of a mostly healthy, able-bodied woman with a woman who would have been confined to a sanatorium in less enlightened times. The people who run these facilities have a better idea of need and customer service than that. It’s one of the ways Axelle Carolyn’s film, the latest in Amazon’s Welcome to the Blumhouse series, appears to misstep in its attempt at a realistic depiction of elder care.

In a positive sign for The Manor, though, the film is continually prompting us to reconsider what it’s doing. Given that there may indeed be bad faith, even something sinister, at play in this institution, maybe the point is to drive Judith more quickly to the mental state she’s headed for anyway. Or maybe the film is simply making a point about how suddenly a beloved family matriarch can become a forgotten footnote stranded in a strange place, where no one wants to visit her, nor believe the increasingly incredible things she says.

Judith’s daughter (Katie A. Keane) is the one who adopts the most heartless stance toward her, a form of tough love she believes is needed to convince Judith that Golden Sun Manor nursing home is the right place for her, not to mention reminding Judith it was her decision to go. Judith’s grandson Josh (Nicholas Alexander) plays good cop, railing against his mother’s rigidness and allowing his grandmother little liberties once she starts to doubt her choice, like sneaking her the gate code. 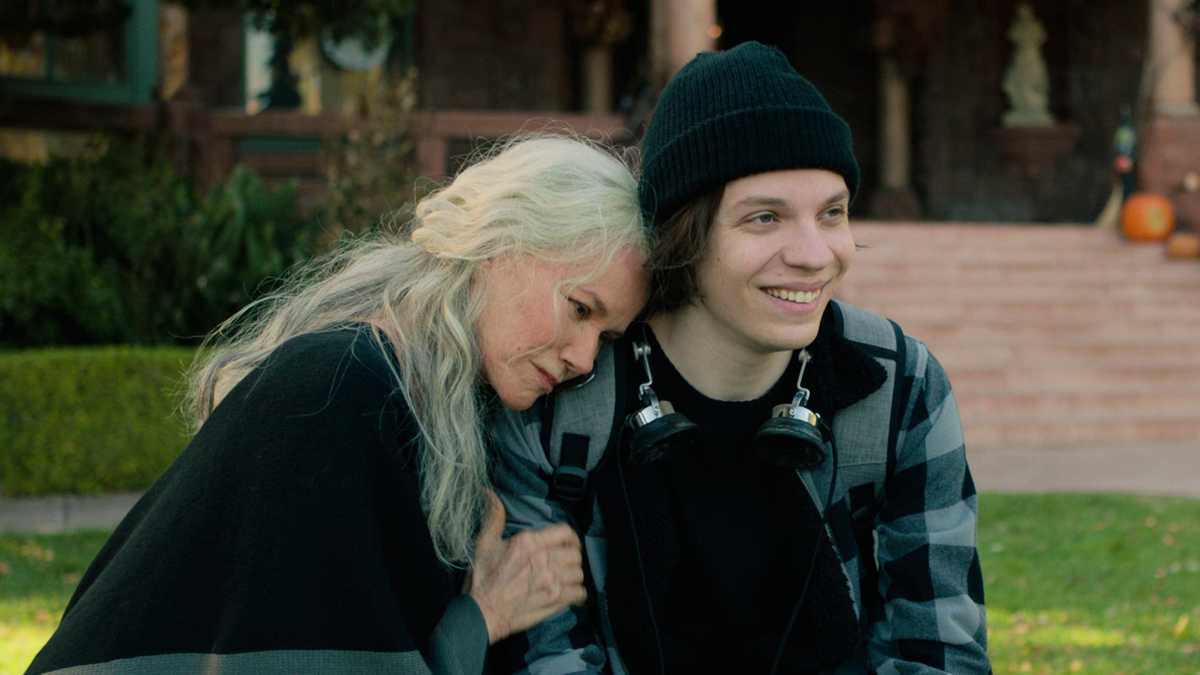 But he too understands that his grandmother’s mental faculties can’t be fully trusted, so Judith must turn to a trio of fellow residents if she wants any solace: Roland (Bruce Davison), Trish (Jill Larson) and Ruth (Fran Bennett). While they seem to make the most of the experience, including growing and smoking their own marijuana in the garden, they fill Judith’s head with the idea that her family has essentially abandoned her.

Judith might start to settle in except for a couple alarming details holding her back. One is that the staff often seem rough and short-tempered with the residents, doing a difficult job with considerably less grace than it requires. Then there’s the fact that she’s seeing shadowy creatures in her room at night. You can imagine it doesn’t go well when she tries to inform the staff, who begin subjecting her to MRIs, prescribing her sedatives to sleep through the night, and even flirting with the extreme option of strapping her to her bed. 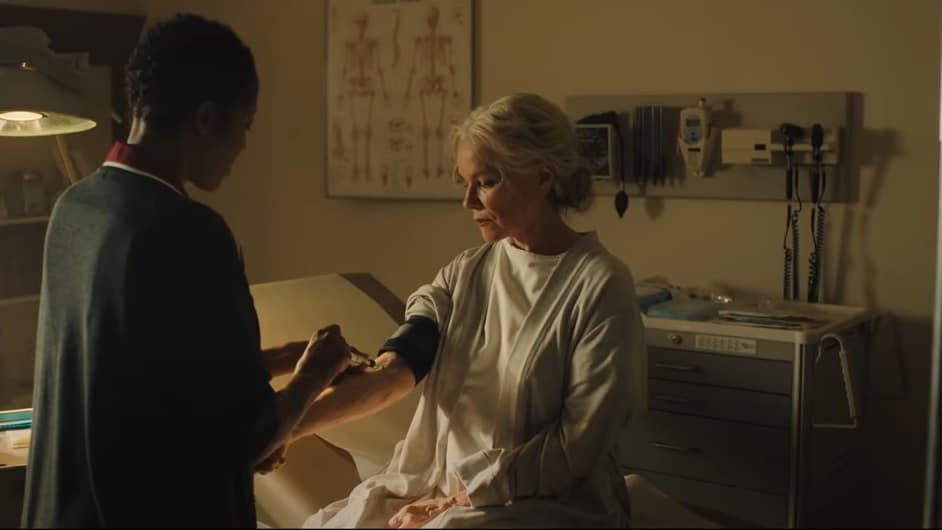 The blurry line between dementia, a subjective experience, and corporeal horror, an objective experience, has been on the minds of filmmakers the past few years. Ari Aster’s Hereditary and Natalie Erika James’ Relic are just two examples of recent films that ask us to consider whether an aged character has lost her grip on what’s real, or might actually be possessed by a demon. Actress Jill Larson, who plays one of the seniors here, was even the star of one such film, 2014’s The Taking of Deborah Logan. Carolyn’s script, which she directs, does not add enough to feel like an equal participant in that conversation, nor does Carolyn’s filmmaking hold a candle to the visual instincts of Aster and James.

However, The Manor does creep you out every once in a while. In addition to the more cerebral horrors of ageing and losing one’s bearings, there’s something supernatural here, and whether it’s in Judith’s mind or “real” doesn’t change the way it works on us when we do get a look at it. There’s some reasonably effective world-building here as we learn more and more about what’s going on. 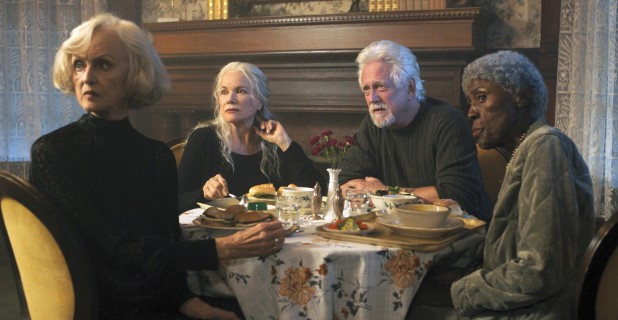 The lingering impression of The Manor, though, is something that’s not quite up to snuff. It fumbles some of the details that would make us believe the setup more, then doesn’t go far enough in pushing its horror elements. In other words, it’s the exact sort of entry we might expect in a series that executive producer Jason Blum envisioned as a way to leverage a small budget and relative newcomers behind the camera. It’ll scratch an itch for a Halloween week viewing, but maybe not as well as the available alternatives.

The Manor is currently streaming on Amazon Prime.