“Life goes on without you or me…”

Following on from his Oscar winning effort, A Separation, masterful Iranian director Asghar Farhadi delivers another superb family drama with The Past. Farhadi has once again proven himself an auteur, with a film that explores familial tensions and broken relationships, featuring a powerful performance from Bérénice Bejo.

Ahmad (Ali Mosaffa) is returning to France after four years in Tehran at the request of Marie (Bejo), his estranged wife. She wants him to sign the divorce papers, and he wants to end things on good terms. Reluctantly accepting the offer to stay in her house, he is confronted with Marie’s new relationship with Samir (Tahar Rahim), who Marie wishes to marry, Samir’s troubled young son Fouad (Elyes Aguis), and Marie’s request that he talk around her teenage daughter Lucie (Pauline Burlet) to this new relationship. Ahmad reluctantly finds himself peacekeeper and negotiator in a turbulent situation, as he slowly discovers the source of Marie’s problems with her daughter, and the history of her relationship with Samir.

With The Past, Farhadi has again delivered a script that is subtle and nuanced, with dialogue that flows simply and naturally. Likewise, the camera is often left to linger patiently, allowing the subjects to move in and out. Sometimes we can’t hear the characters conversations at all as they move out of earshot. The pacing, while confident and steady, can sometimes leave the film feeling a little overlong, but nothing feels forced, and the result is for the most part deeply engaging. The revelations come slowly but surely, sometimes out of the blue, but it all develops organically. 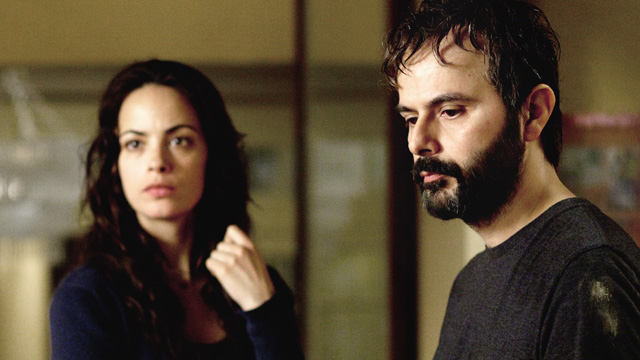 Farhadi brings the best out of his actors, especially the children. Elyes Aguis and Jeanne Jestin (who plays Marie’s younger daughter Léa) are both excellent, and will immediately find a spot in anyone’s heart. Pauline Burlet brings a mature, emotional performance as Lucie. The three really shine when on screen together with Ali Mosaffa as Ahmad. Ahmad, whose arrival causes a sort of chain reaction of all these emotions and lies and feelings coming to light, is a calming presence and Mosaffa’s performance is sublime. He is a rock that grounds the film. Every other character in this drama revolves around him. It is Bejo, however, who is the emotional core of the story. There is a fragility about Marie, and Bejo brings conveys the sense that she could snap at any moment well. When she does lose control, it is shocking in its intensity. The tense dynamic between her, Ahmad and Samir is completely absorbing.

The Past deals with many of the same themes as A Separation. It is a universal story of love, betrayal, anger, and despair. The beautiful simplicity and naturalistic feel of the visuals and performances give rise to a complex, intricate narrative. Utterly captivating.