"The Square is right up there with Banksy's Exit Through The Gift Shop as one of the very best films about the conceit that, fairly or unfairly, accompanies our perception of art. "

"There are moments in which self-delusion begets serious consequences. "

I have no doubt that Ruben Östlund The Square will improve upon multiple viewings. One reason for this is that there is simply so much going on that absorbing it all on your first watch might be difficult. Another reason is that it is the sort of film that will lend itself to mixed interpretations. But then there are also moments that require little deciphering. A monkey arriving home to its Stockholm apartment simply suggests that you are watching the kind of film that doesn’t believe in restrictions.

The Square is right up there with Banksy’s Exit Through The Gift Shop as one of the very best films about the conceit that, fairly or unfairly, accompanies our perception of art. But there’s more to it than that. Östlund’s film isn’t just interested in our pretensions and hypocrisies when it comes to art, but also those that we carry around with us on a daily basis, and may often fail to recognise. 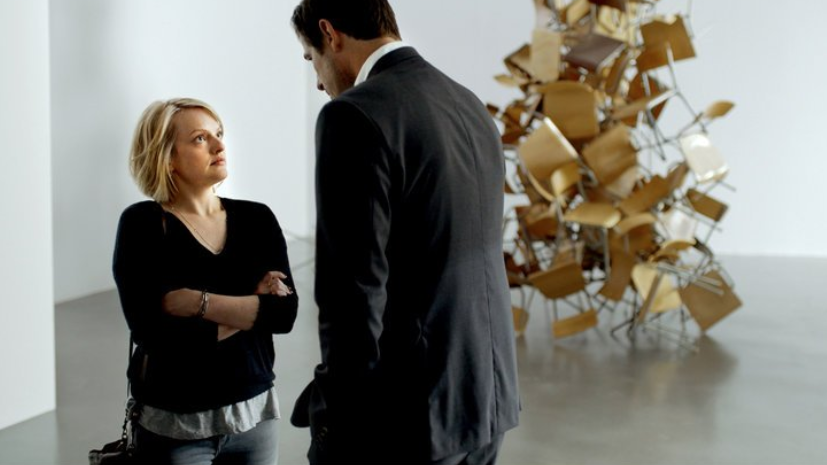 Art is imitating a life that is imitating life, which may be a work of art. The film predominantly follows Christian (Claes Bang), the chief curator for a renowned Swedish museum. Like all of us, there is a reality of who he is and a notion of the person he thinks he is. The two are not disparate but rather blend ambiguously. In this sense, he is a perfect candidate for a film about the pretension that surrounds art. Just as it may be impossible to define what constitutes art, it may be just as hopeless to delineate what unwaveringly constitutes our personality. We are, like art is, perpetually evolving.

If there is an overriding theme to Östlund’s film, it is self-delusion, but The Square also touches powerfully, and obliquely, on class in society, moral fortitude, elitism and the purpose of art. On the latter, Östlund is not entirely dismissive, poking fun at the absurdity of modern art while also suggesting a certain value. Christian’s job is to evaluate that value. In one scene, he defends an offensive video that his marketing team have posted on YouTube. His words suggest a value in the video that we know his actual attitude doesn’t appreciate. It’s not the first time he has had to justify a piece of art that holds a worth he can’t recognise.

There are moments in which self-delusion begets serious consequences. One is in Christian’s handling of the theft of his wallet, phone and cuff links (itself perhaps a notable piece of performance art), which initially appears harmless but ultimately attracts the negative attention of an aggressive 11-year-old boy. Another is when a party of social elite are accosted by a performance artist behaving like a chimpanzee.

It’s never clear whether the performer has a deeper agenda or whether his enthusiasm for the performance has simply overcome him, but the party attendees undoubtedly learn the price of accepting that certain art is of value simply because they are told it is. Nobody knows how to react because nobody understands where the art begins and ends. Whoever had that problem with the Mona Lisa? The scene conveys the consequence, in an extreme, of the Emperor’s New Clothes. 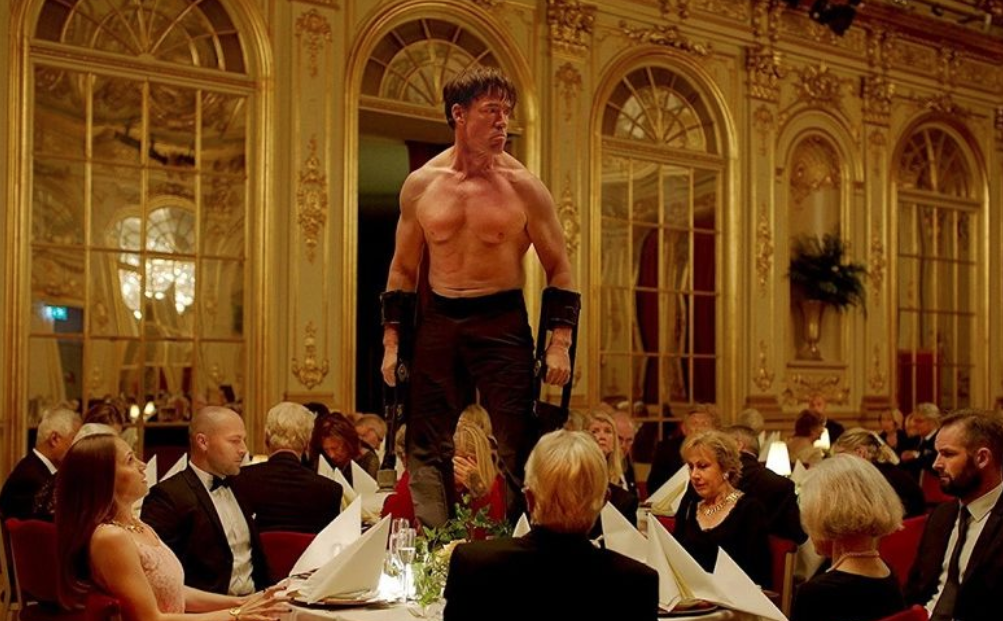 Alfred Hitchcock famously said that drama is life with the dull bits cut out. Östlund certainly adopts a similar attitude towards constructing narrative. The Square is a film entirely comprised of interesting scenes. There is no filler to connect the story or to fill us in. Some of the scenes are simply there to make us laugh. This is one of the goofiest intelligent films I have ever seen. Some scenes serve a loftier purpose. Those are the ones that will benefit from multiple viewings.

In a slight twist of irony, as I was contemplating whether The Square hovered around masterpiece territory, I received messages from two friends who had also just watched it and thought that it was absolute garbage. Perhaps it is both, but the dichotomy recalls that classic debate that modern art itself engenders. Whether that’s intentional, I don’t know and perhaps its besides the point. Art is in the eye of the beholder, and everyone will have their own interpretation.