"We may hide behind shrouds of respectability, but we all still want to watch." 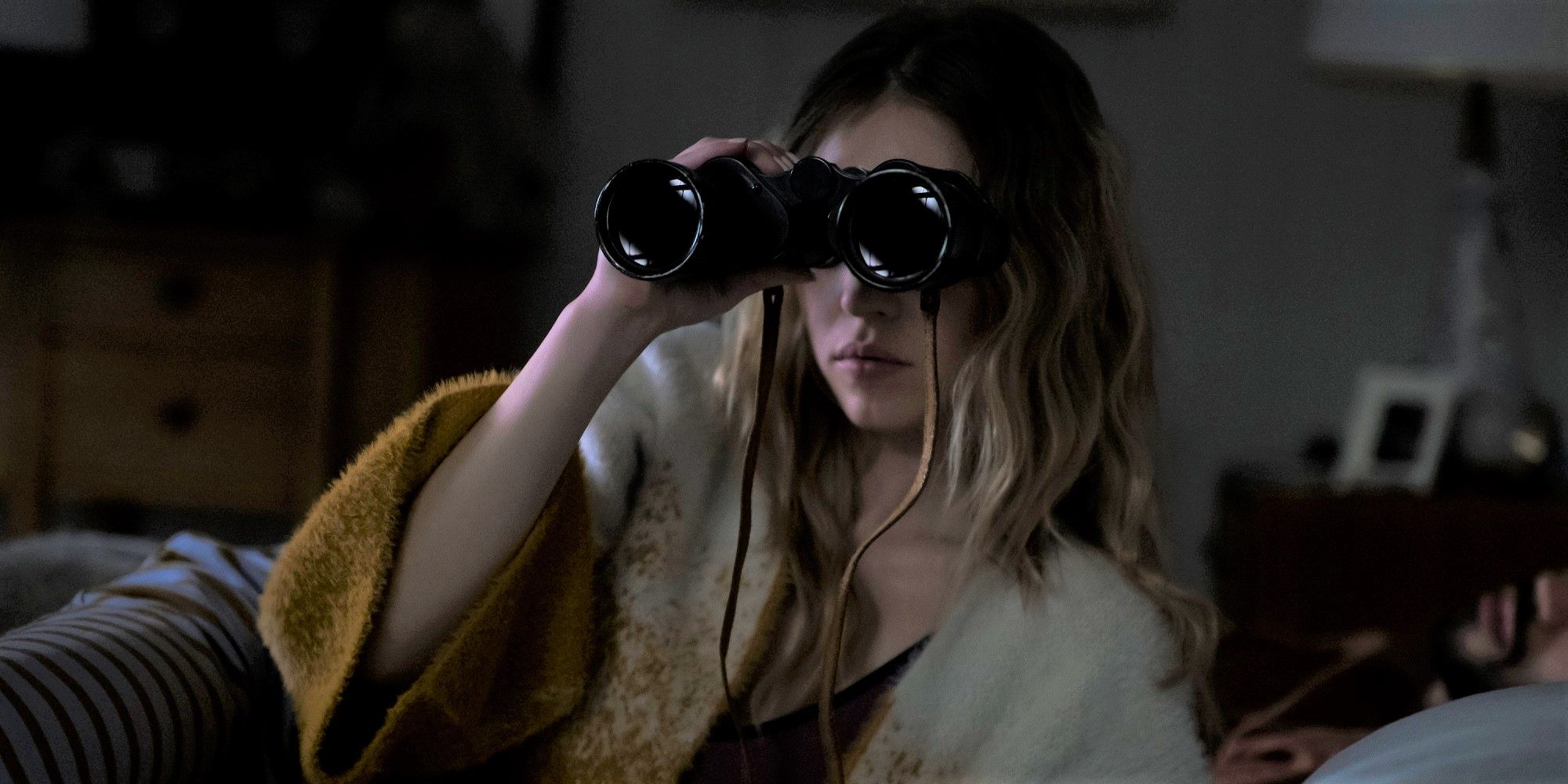 The Voyeurs doesn’t exactly have a Michael Douglas in the cast, but it does feature a rising young talent (Justice Smith) who starred in the most recent Jurassic World movie and Pokemon: Detective Pikachu – which is about as mainstream as it gets. The film’s prominent placement among the new offerings on Amazon Prime suggests they’ve identified a renewed hunger for these movies, and don’t want to force you to enter dodgy search terms in order to uncover them.

Perhaps the most surprising takeaway from Michael Mohan’s film is that it’s actually pretty good. It definitely has a throwback quality to it, as disrobing in front of the camera has become far more unusual in the last decade or so, especially since people seeking out prurient material need no longer get it at the movies, with a whole internet’s worth of erotica available on any smartphone. Then there’s the little detail that nudity is considering sort of tacky in today’s cinematic landscape, since the cultural landscape is full of critics ready to harp on whether naked flesh is an artistically defensible attribute for a film. Since you can almost always shoot around it, they’re probably not wrong.

It’s not just the bit players who disrobe in The Voyeurs, so the film certainly opens itself up to that criticism. However, it’s also aware of its responsibility in examining the everyday voyeurism of apparently innocuous formats like social media. We may hide behind shrouds of respectability, but we all still want to watch.

Thomas (Smith) and Pippa (Sydney Sweeney) aren’t aware of their own latent desire to watch until they notice they can easily see the energetic sex life of the young couple across the way from the Montreal loft they’ve just begun renting. They think they’re deliriously happy as he composes music for advertising and she works for an optician. (The fact that she studies vision for a living might be a little on the nose, but pays off as the movie goes along.) But they become obsessed with those sculpted bodies mashing against each other, especially since the man (Ben Hardy) holds photography shoots in his apartment – and his partner is rarely his wife (Natasha Liu Bordizzo). 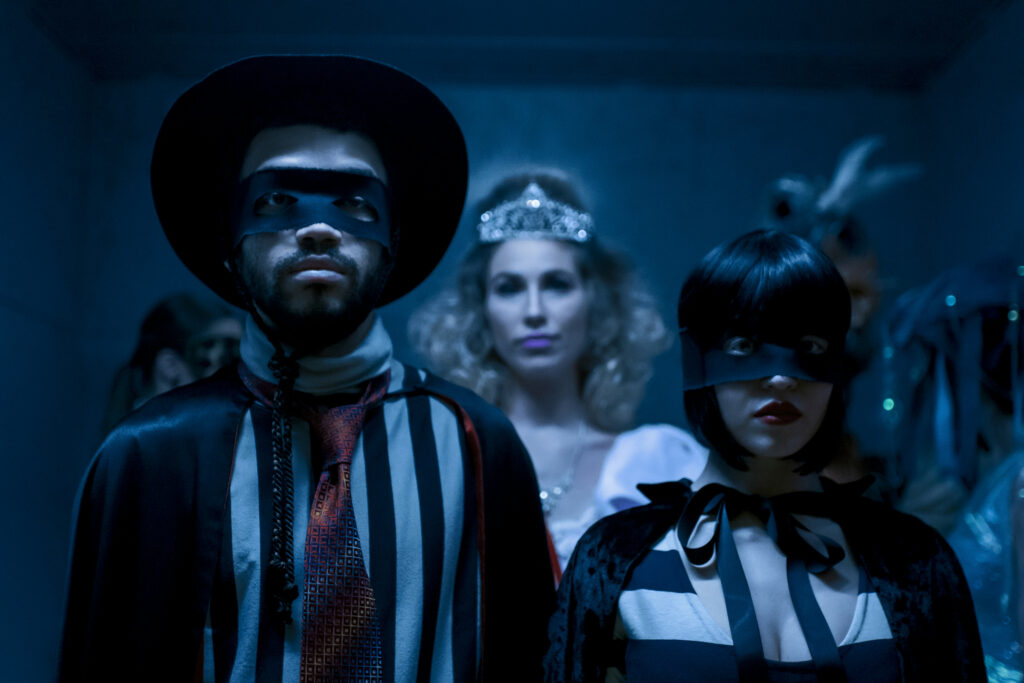 Their surveillance of the other apartment, initially conducted only by binoculars, kicks up a notch when Thomas realises they’ll be able to hear what’s going on if they can plant a device that will allow them to pick up the audio from their own loft. They do so by crashing a costume party, where they become more fascinated by their exotic neighbours. Eavesdropping on the couple’s fights, as she accuses him of cheating on her, should kill the buzz a bit, but Pippa becomes only more drawn in as Thomas starts to wonder who this is he’s living with. The situation starts to escalate when Pippa meets the woman, Julia, at the optician’s office, and things go south quickly. 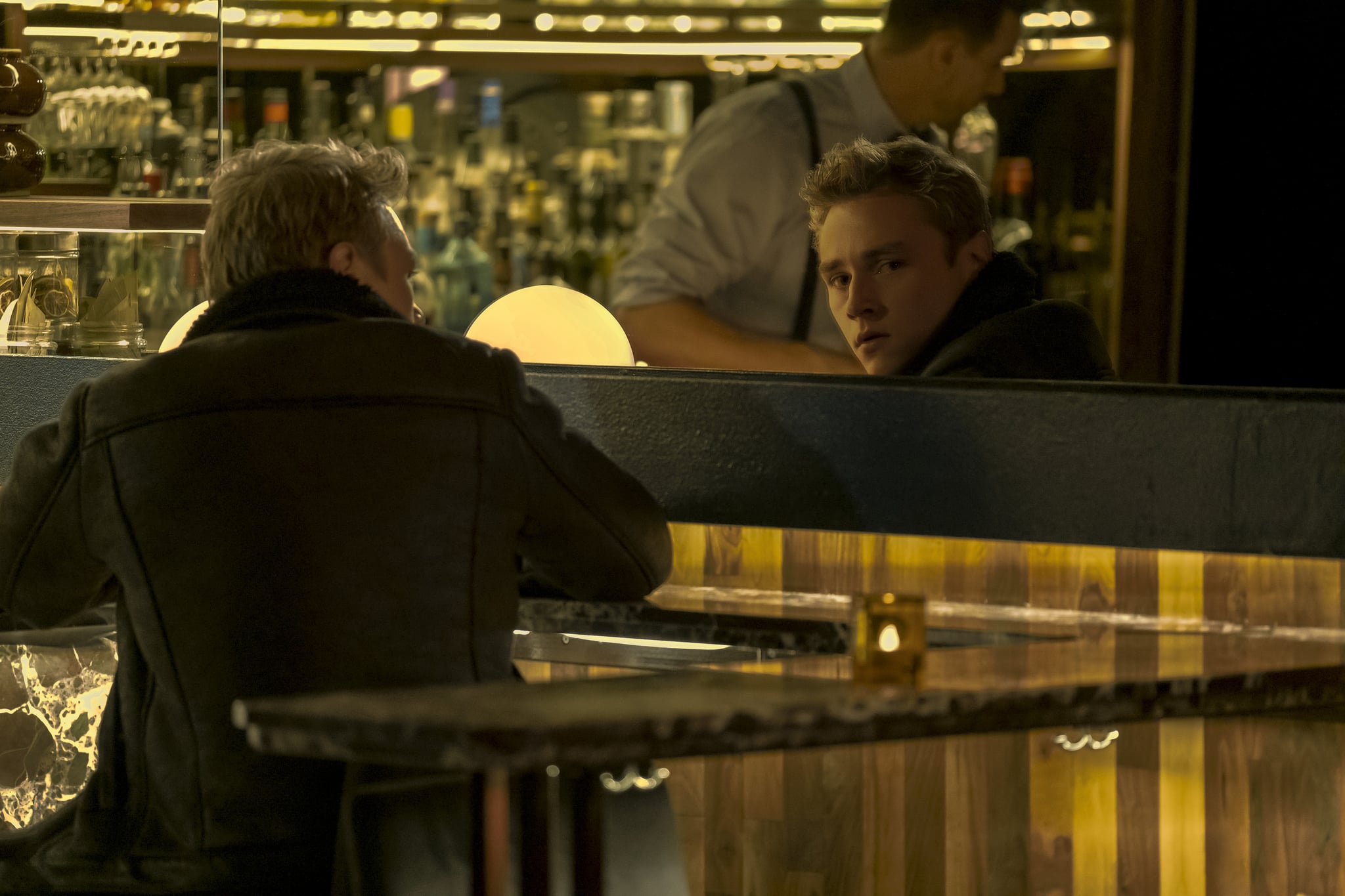 There’s no indication she’s not happy with Thomas, though, so her actions seem a bit unmotivated, especially if we are trying to stay in her corner. The story requires us to change our perspective on her several times, which is destabilising in an effective way, even if it feels like she must make certain decisions only so that certain narrative twists will play out. The fact that these story developments work, even some of the more extreme ones, mitigates most of your desire to nitpick.

Sweeney is key here. Her own eyes are big limpid pools, making her a good fit for the film’s themes. But it’s her fearlessness in exploring the darkness of the role – a different darkness to the one in last year’s Amazon film Nocturne, where she played a driven musician – that really registers. As the busy actress gets more and more roles, she might become sort of an Amanda Seyfried – another actress known for her eyes – yet edgier and more willing to challenge herself. 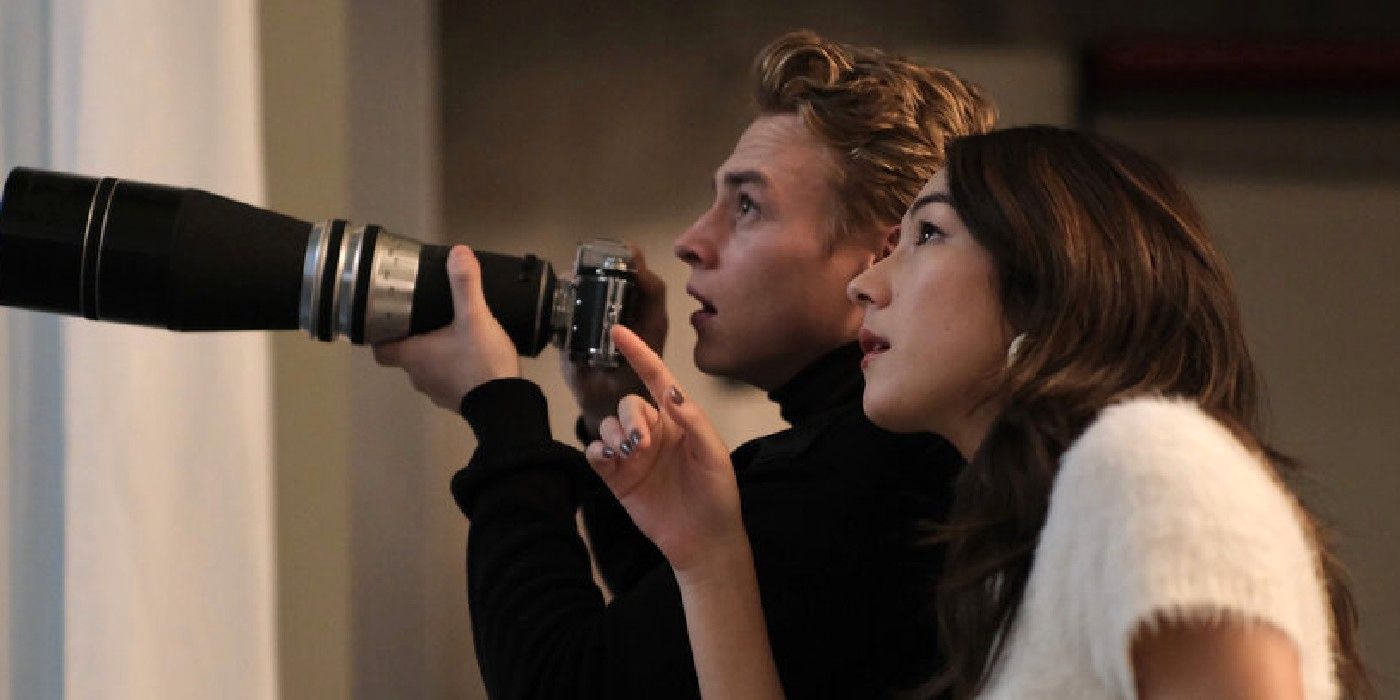 Sweeney acquits herself better than Smith, who makes the distracting and curious decision to lower the register of his voice by at least one octave. The attention he’s got to devote to that leaves him without the necessary resources for the rest of the role. In truth, though, it’s more her story than his. Hardy’s smouldering has more dimension than it might have needed, and Bordizzo’s role is also more than meets the eye — so to speak.

This is never going to be confused for high art, but it does look the part. The opening credits are a typically stylish choice, utilising a sort of throwback 1980s prestige typeface as a beguiling cover of Billy Idol’s “Eyes Without a Face” plays over them. Later, there are engaging visual representations of the optical nerve and other biological components of the eye. Mohan’s direction is confident and he’s got strong cinematography by Elisha Christian (who shot Columbus) to match it. 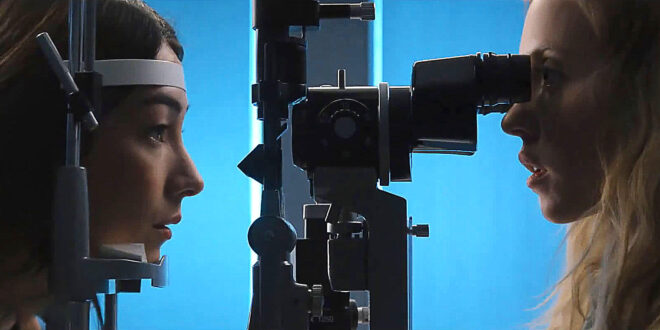