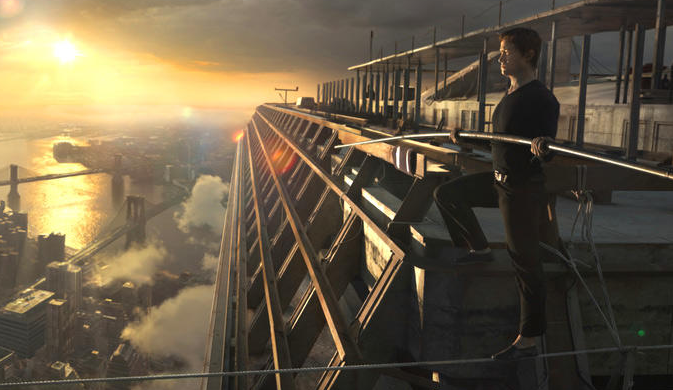 You might ask Robert Zemeckis, “Why would you make The Walk when Man on Wire is a perfectly good doco of the same subject?” Then again, you might also ask Philippe Petit, “Why would you walk a wire between two skyscrapers when there are two perfectly good trees right here in this park?” The answer to both questions is, “Because I can make spectacular art.” But the answer is also, “Because I can make spectacular entertainment.” First Petit, and now Zemeckis, have accomplished both of the things they set out to do.

In truth, Man on Wire is a lot more than “perfectly good.” Some would consider James Marsh’s 2008 film one of the best docos of the 21st century, hence the potential controversy over Zemeckis making a narrative version. Both versions focus on a French mime turned tightrope walker (played here by Joseph Gordon-Levitt), whose instinct for showmanship prompted him to dare himself toward bigger feats. Bigger like the two tallest buildings in the world at the time they were built, back in the mid-1970s, when Philippe Petit was still just juggling flaming torches on unicycles in gay Paris. After a busking accident involving a chipped tooth, Petit saw the unfinished towers of the World Trade Center in a magazine in the dentist’s waiting room, and immediately began imagining how to string a wire between them. A scouting mission to New York and hours and hours of practice later, Petit is assembling a team of accomplices, both French and American, and actually putting together a plan to complete this trick that could very easily end in his death. 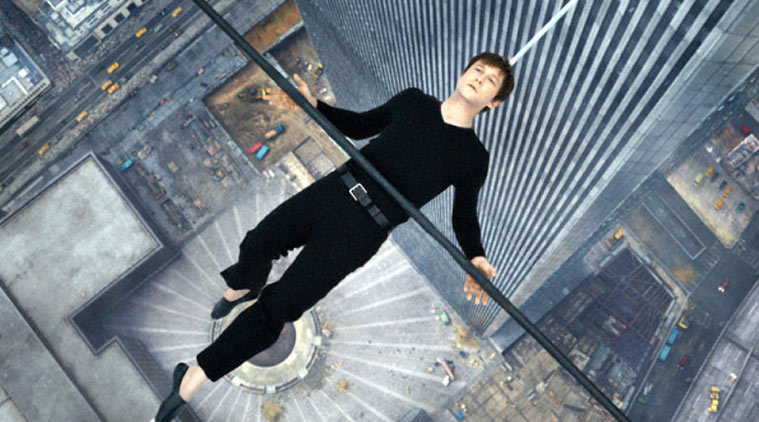 As no one filmed the preparations for this event back in 1974, Man on Wire required reenactments of the cloak and dagger scenes inside the towers anyway. If anything, Zemeckis probably just figured, “Why not make the whole thing a reenactment, and add a dose of my own brand of polished magic to it?” The Walk is polished as all get-out, and that may be the biggest thing dividing the people who like it from those who don’t. But if the 21st century chapter of the director’s career can be summarised as anything, it’s been making the impossible possible. Don’t forget that Zemeckis has put the lion’s share of his recent energies into making digital characters increasingly photorealistic, in films like Beowulf and A Christmas Carol, and even his one detour into adult-oriented material, Flight, featured an airplane flying upside down. He’s always been a filmmaker trying to continue the work George Méliès started, and The Walk is perfectly consistent with those goals.

His central set piece is obviously the titular walk itself, which consumes a full 17 minutes of screen time. Conceived with IMAX 3D in mind, the sequence dazzles, with or without the use of special glasses. One thing every review of The Walk will say is that you feel like you’re out there on that wire with Petit, but the regularity of this sentiment does not make it any less true. If you’re afraid of heights, you may actually feel yourself clinging to the safety of your seat. Cinematographer Dariusz Wolski creates a truly vertiginous sense of the buildings’ massive size, easily showing us the danger to both Petit and the various accomplices (one of whom was actually afraid of heights) who scramble around the top as they try desperately to rig the wire. It may be the main reason to see the film, but it is far from the only one.

In fact, one of the most enthralling aspects of The Walk is how entertaining the downtime is. If you think you’ll just be twiddling your thumbs for the first 90 minutes, think again. Zemeckis demonstrates all types of storytelling innovation here, all the methods at his disposal for keeping the pace moving briskly and introducing backstory that has true relevance to the plot. So much care has been spent getting the details of the production design right – throwaway scenes in Paris and the French countryside look just magnificent – that the film comes across as a true labour of love. The camera is always moving and taking everything in, but it gets big assists from the visual devices Zemeckis has imagined to tell his story. As just one example, when Petit is first learning to balance on a wire, he strings up five taut ropes side by side and walks across them. Eschewing the typical training montage, Zemeckis just shows the four extra ropes disappearing one by one as Petit’s feet delicately traverse their path. 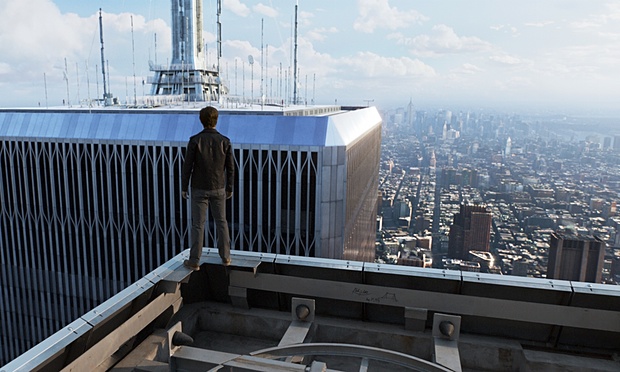 Other than Zemeckis and Wolski, there’s another man whose role can either make or break the movie, depending on a viewer’s perspective. That’s Joseph Gordon-Levitt as Petit. Both the actor and the man have an impish, mischievous quality that can either attract or perturb, and the movie doubles down on these traits, as Petit is also the on-screen narrator (perched amusingly on the torch of the Statue of Liberty, with the towers always visible over his shoulder). The character might not be everybody’s cup of tea, but the performance by Gordon-Levitt does capture both the man’s charms and, eventually, his tunnel vision, which threatened to alienate his accomplices just when he needed them most. Aside from a small but meaningful role by Ben Kingsley, Gordon-Levitt is about the only established star in this cast, so he really needs to carry the film, and does. That said, his lesser known co-stars deserve to be better known after the supporting work they’ve done here.

People still stuck on the movie’s essential redundancy should note that Petit himself was heavily involved, as he taught Gordon-Levitt the art of wire walking and fully blessed this version of the story. And The Walk does one more thing right that Man on Wire also did, which was never to overtly draw attention to the 2001 demolition of these iconic buildings at the hands of terrorists. The Walk does allow itself one moment of implied solemnity at the end, and it’s a richly satisfying emotional denouement that proves the perfect capper for this ripper piece of artistry and entertainment. It seems appropriate that on the 30th anniversary of Back to the Future, Zemeckis is still making movies that twinkle with the possibility of what humans can accomplish.