"The ensuing film is diverting enough, but to call it an essential document would be a vast overstatement of its value."

"...there is in fact something inherently cinematic about the life of J.R.R. Tolkien, played here by Nicholas Hoult, in that he served time in the trenches of World War I. "

There’s a certain solid craftsmanship in a certain kind of biopic that makes the movie satisfying without it being the least bit distinctive. In this certain kind of biopic, the person being profiled is definitely famous enough to warrant such treatment, but you find that you never really wondered much about that person’s life before now, possibly for good reason. The ensuing film is diverting enough, but to call it an essential document would be a vast overstatement of its value.

The new movie Tolkien ticks all these boxes. Sure, it’s kind of interesting to learn how the man who created The Hobbit and The Lord of the Rings got his initial inspiration, but that may not be the same as needing a filmed version of his life. To make a possibly flawed comparison, are we really going to flock to a biopic about J.K. Rowling or George R. R. Martin 50 years from now, just because they wrote some iconic fantasy novels? And yet those movies will probably be made, because in a medium where there should be an infinite number of ideas, the actual number that get made is comparatively finite. 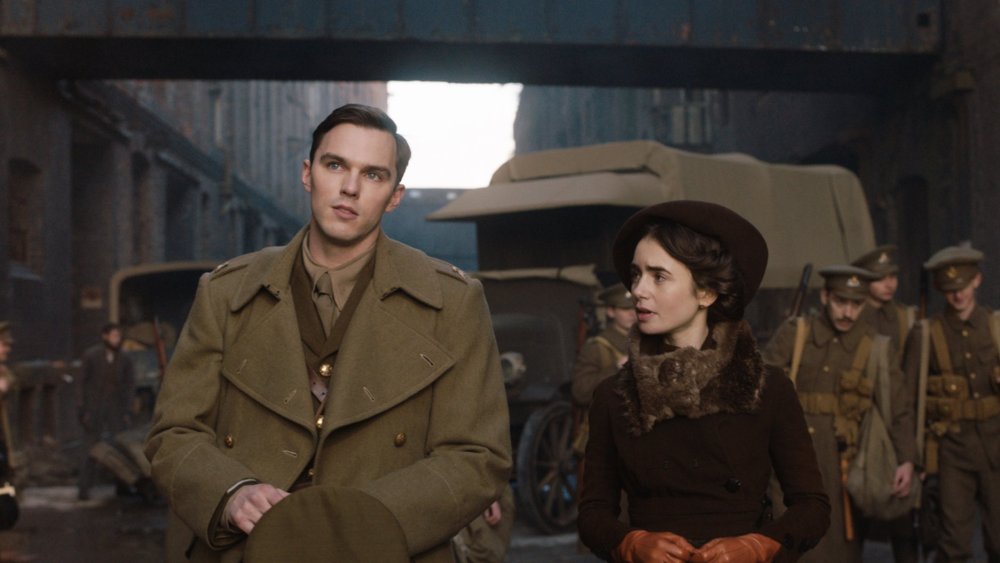 But there is in fact something inherently cinematic about the life of J.R.R. Tolkien, played here by Nicholas Hoult, in that he served time in the trenches of World War I. He might easily have died, as he suffered a serious fever and was frequently jamming a gas mask over his head just in time to narrowly avoid succumbing. If he had succumbed, we never would have met Gandalf and Bilbo Baggins. Dome Karukoski’s film spends much of its time in these trenches, not in the sense that we get a lot of this footage, but in that Tolkien remembers his younger years while stumbling over bodies and dodging bullets. Most of what we get on screen is flashbacks to the man’s high school and university years, when he first romanced his eventual wife Edith (Lily Collins) and formed what he thought of as a “fellowship” with three mates from his school.

We also see Ronald (that’s how he was known) and Edith attending a performance of Wagner’s The Ring Cycle, which provided a core thematic inspiration as he launched his fantasy career. That and the fact that, you know, he sword fought with other kids, pretending they were knights, and his mother told him stories about dragons. The movie sprinkles these references throughout, in part because it allows some kind of cool things like Tolkien imagining the smoke of the battlefield morphing into a dragon, with enemy flamethrowers providing the fire. Those things are, as I said, kind of cool, but they are also exactly what you would expect the director to do. 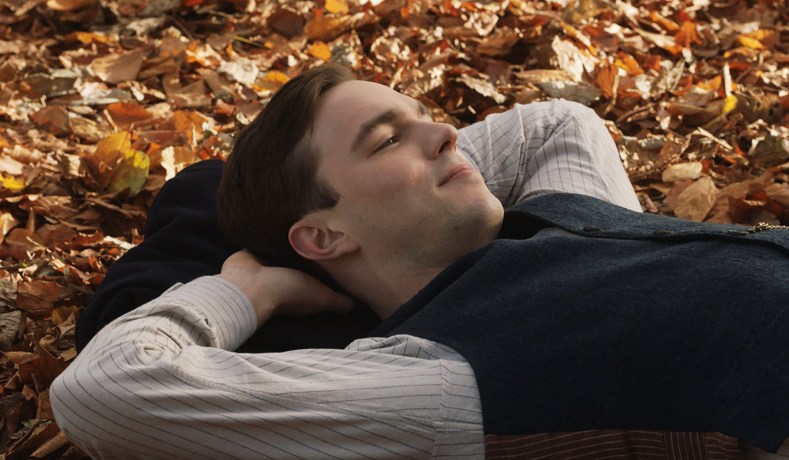 Not every movie needs to surprise us, but biopics in particular feel like they have undergone a bit of an identity crisis in recent years. We live at a time when certain types of films have almost disappeared from the landscape – wither the romantic comedy – but others have proliferated with little explanation for the ongoing health of that genre. One of these is the biopic, and as critics have grown weary of them and started to grouse about their shortcomings, filmmakers have paid attention and tried to give us something new. Rocketman, the recent biopic of Elton John, is a perfect example of a filmmaker (Dexter Fletcher) trying to inject unexpected verve into a standard storyline, with positive results.

Karukoski doesn’t try to do that here … but it’s actually okay. Maybe because it’s set in the first two decades of the 20th century, and in England, Tolkien may have more in common with the standard historical/costume drama than it does with the standard biopic. It’s in this context that we view Tolkien’s romance and his literary-inspired companionship with his schoolmates, which reminds one a bit of the carpe diem mentality of the students in Dead Poets Society. Although both aspects of Tolkien’s younger life are conjured well enough, you get the sense that the screenwriters (David Gleeson and Stephen Beresford) made more than necessary of some smaller conflicts, like quarrels between the friends, and the disapproving attitude of the priest (Colm Meaney) who’s responsible for Tolkien and his brother after their mother dies. Any life can be made to contain conflict if you look at it through the right lens, and if you need it enough because you’re making a movie. The fact that Tolkien was orphaned adds some additional drama. 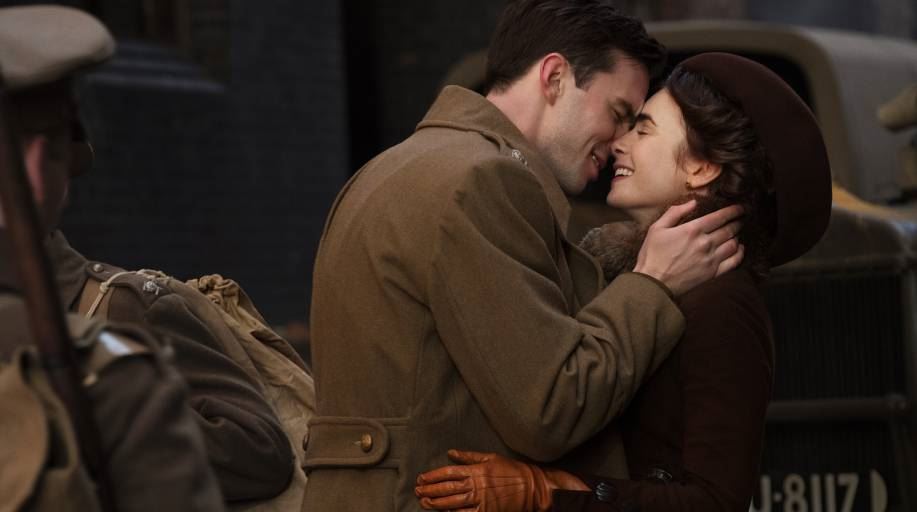 The passages that really sing are those with Collins as Edith, in part because she has such a radiance to her. There’s a real intelligence in Collins’ eyes and in her performance as she bristles against the roles ascribed to her in early 20th century England. She’s a talented pianist who has an especial fondness for Wagner, but participating in a literary society, like the one Tolkien and his friends have organised, is outside the province of a young woman in her station. Even Tolkien himself is unenlightened on this topic, until his experiences help mould him.

A biopic of J.R.R. Tolkien may not have demanded to exist, but on the spectrum of possible candidates for biopics, he’s more than deserving. He enflamed the imaginations of millions of future fantasy fans, and a cataloguing of some of his formative experiences places that in a useful context.