"Sollima brought a similar kinetic energy to Sicario: Day of the Soldado, and he’s gotten creative with some of the action sequences here."

"Even with the smart casting of Smith-Turner to offset some of the testosterone, the male revenge fantasy movie feels a bit old hat."

The name Tom Clancy is synonymous with Russian spies and other content that was freshest in the 1980s, so there’s every reason to be wary of a 2021 movie with his name plastered all over it. Except that current tensions between the U.S. and Russia have elevated enough to give us that good ol’ Cold War feeling, even if no one’s talking about dropping any nukes these days. Tom Clancy’s Without Remorse, in fact, hinges on the idea that the two on-again off-again enemies need each other so as not to tear themselves apart from within – an especial problem in the U.S., where people on the left and right sides of the political aisle are out for each others’ heads. 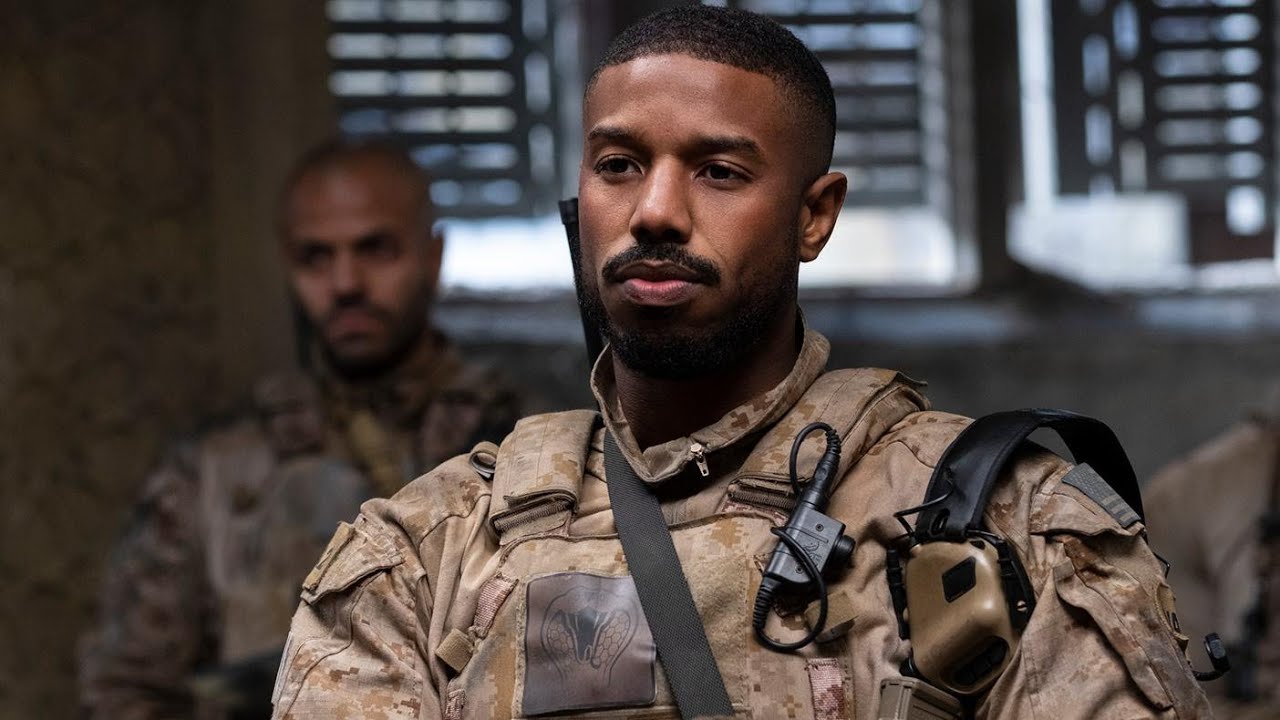 Perhaps the better way to freshen up this material, though, comes in the person of producer and star Michael B. Jordan, whose charisma and intensity are the very antidote to stale old spy movie tropes. Simply put, this is a man who pulses. Several times through this film we see him using his skills gained as a Navy SEAL to prepare for an upcoming interaction, MacGyver-style, with available materials, not yet knowing ourselves what the stakes of the scene are going to be. It’s fair to say you should prepare for something explosive, both in terms of actual explosions and in terms of his livewire physicality.

Interestingly, this new Amazon original film – which has certainly built off the popularity of Amazon’s Jack Ryan series – is based on a Clancy novel in which the Russian menace is a background spectre at most. The original Without Remorse, published in 1993, was set during the Vietnam War. Stefano Sollima’s adaptation, written by Taylor Sheridan and Will Staples, foregrounds a Russian threat that appears to have renewed immediacy in 2021. You could say “American threat,” but not when such material is obviously designed for the consumption of an American audience, even in a world of increasing globalisation.

Jordan is not very Irish, but he does play John Kelly, the character from the source material, upgraded to a more inclusive 2021 cinematic landscape. Kelly is a Navy SEAL who participates in an extraction mission in Aleppo, alongside a team of similarly trained soldiers who include his trusted compatriot Karen Greer (Jodie Turner-Smith). While that mission is apparently a success despite the expected messy complications of tactical warfare, it has a dire cost. The discovery that Russian mercenaries were behind the kidnapping of a CIA agent brings trouble home with them, as most of the mission are assassinated three months later.

Kelly survives an attack on his home, just barely, but his pregnant wife is not so lucky. When he awakens in a hospital bed, recovering from multiple gunshot wounds, his first word is “Baby?” Greer gives an almost imperceptible shake of her head and looks at the floor. Now Kelly needs to recover, find the Russian operative who survived the attack on his house, figure out why the attack occurred, and determine if any of the supposed “good guys” may have been in on it. 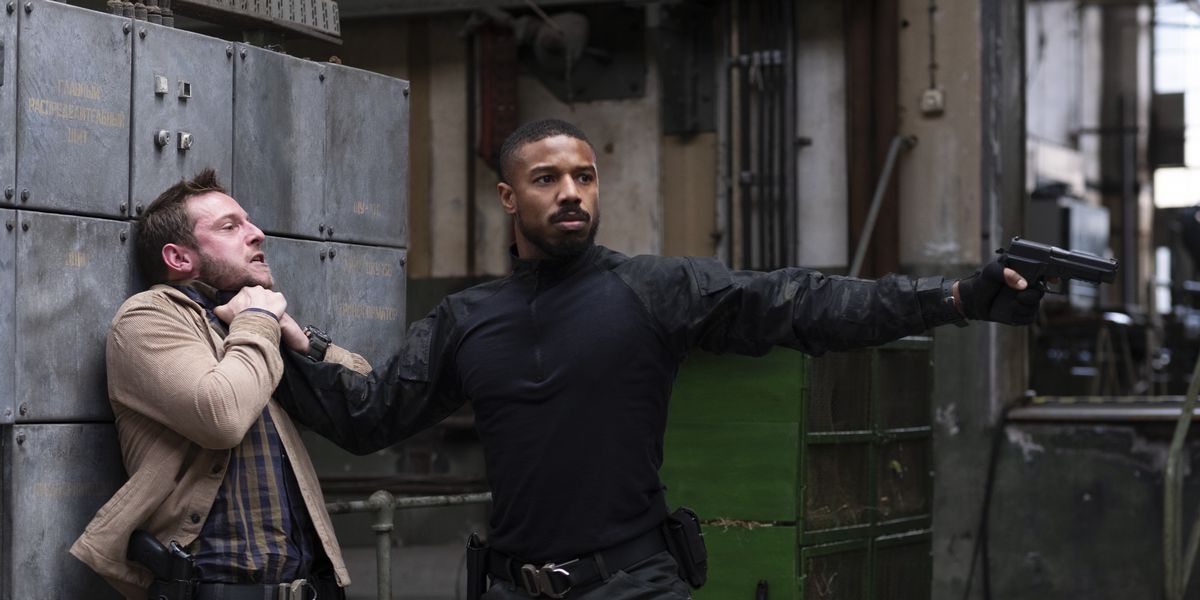 Pretty typical Clancy fare. But as discussed before, Jordan is the difference maker here. As we first got a sense when he played Adonis Johnson in Creed, Jordan can be an imposing physical presence, and when he’s got the righteousness of vengeance propelling him, he’s always going to be the most interesting thing to look at on screen.

He doesn’t need to do it all, though. Sollima brought a similar kinetic energy to Sicario: Day of the Soldado, and he’s gotten creative with some of the action sequences here, particularly an extended set piece involving a plane shot down in Russian airspace and crash-landing into the water. You can see where the money was spent in Without Remorse, and it usually delivers, even if some of the sequences start repeating themselves a bit by the end. If you recall my earlier reference to explosions, Kelly is caught in the rubble of about four of them by the end of the movie. 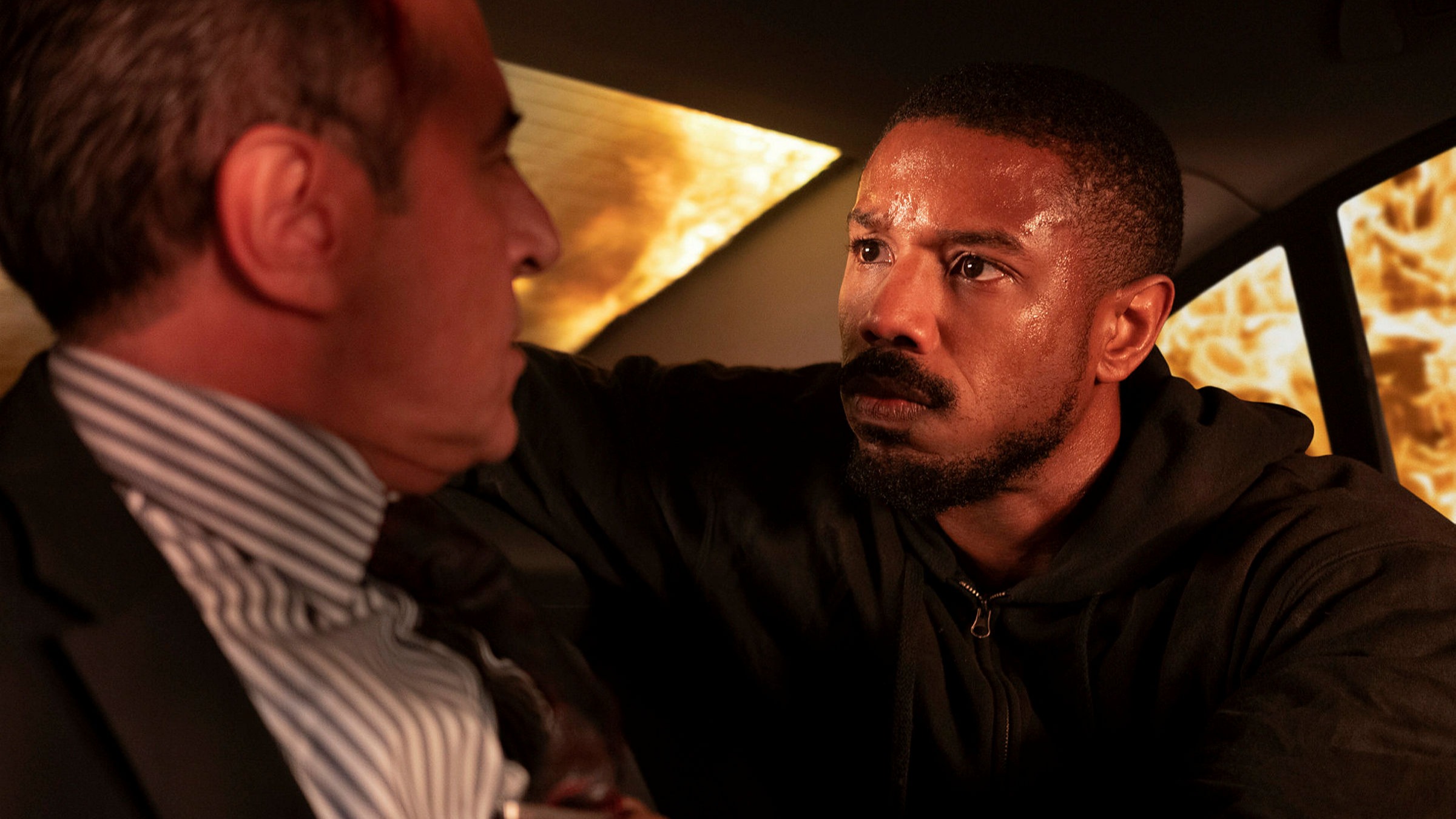 Unfortunately, the film’s long gestation period does claim some of its sense of originality. Without Remorse was supposed to have been made not long after the novel was published 28 years ago, but instead spent a quarter of a century in development hell, with Sheridan coming in to re-write a script that was first commissioned in the 1990s. There’s a reason we don’t see a lot of movies like this made nowadays, last year’s Chris Hemsworth vehicle Extraction notwithstanding. Even with the smart casting of Smith-Turner to offset some of the testosterone, the male revenge fantasy movie feels a bit old hat, especially one where they “fridge” the wife in the opening few scenes to lend additional angst to the lead’s predicament.

Still, this movie mostly gets the details right. For example, in that aforementioned sequence involving the downed plane, characters are actually seen finding their ways to small pockets of air within the submerging craft, instead of just holding their breath for 15 minutes like Tom Cruise would. Just as Cruise is capable of putting mid-level material on his back and running with it, so is Jordan, and his presence alone will leave a prospective viewer without too much remorse many regrets.

Tom Clancy’s Without Remorse is currently available for streaming on Amazon.