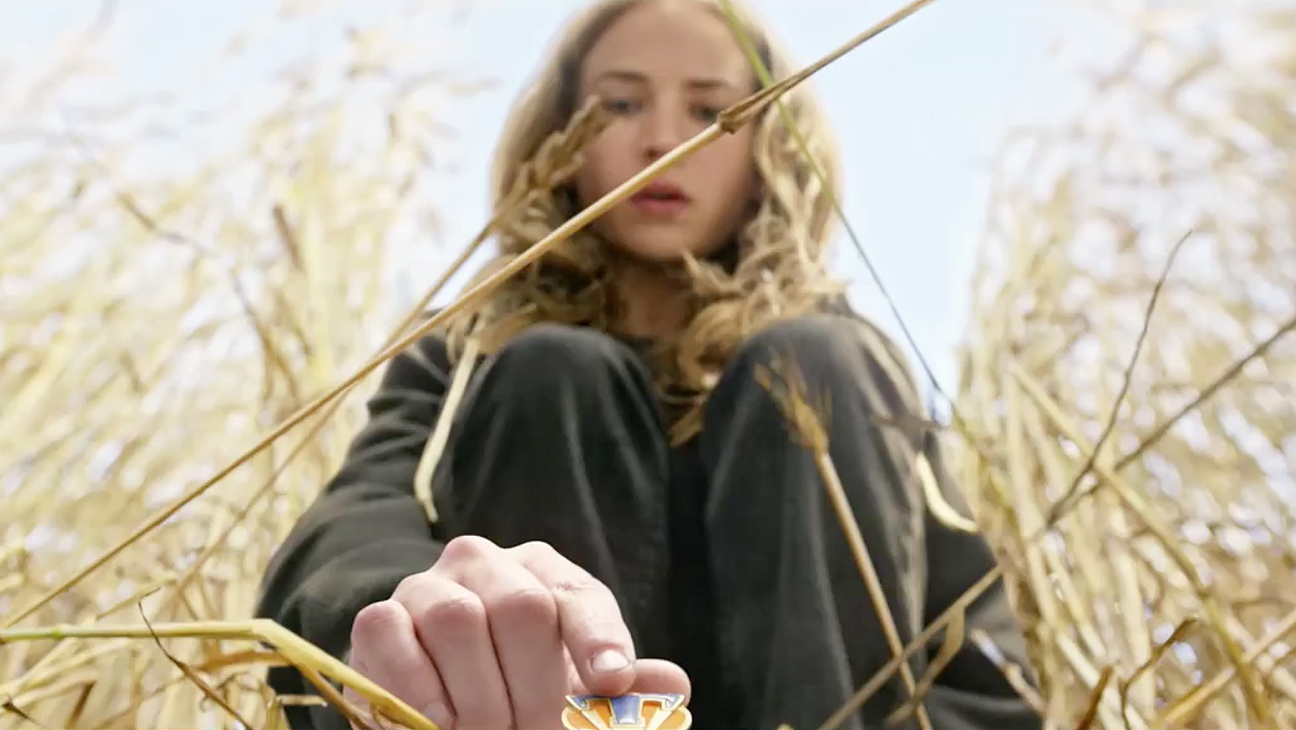 This lack of awareness suffocates Tomorrowland entirely. Bird’s influences are conspicuous. From the young, superficially insignificant protagonist being raised by a single parent, the extraordinary nature of the narrative and even the composer Michael Giacchino overtly channelling classic John Williams (an increasingly frequent idiosyncrasy of Giocchino’s film music, which may come to inhibit his undeniable talent), it’s not difficult to imagine that Bird was engaging in some form of Spielberg adulation not unlike J.J. Abrams did even more so manifestly in his 2011 film Super 8.

The fundamental elements of Spielberg’s best are there and yet Bird lacks the grasp of his own content and the command of his craft that were Spielberg’s most compelling assets in the production of his finest works. Jurassic Park, Jaws and E.T. might have been good without Spielberg, but they were great because of him, thanks to his uncanny ability, particularly as a younger filmmaker, to elevate this variety of blockbuster entertainment. Unfortunately, Bird’s engagement with Spielberg singularities unintentionally highlights just how far short his own vision falls. Bird is capable of fantastic entertainment and yet his natural cinematic instincts have failed him completely in Tomorrowland. 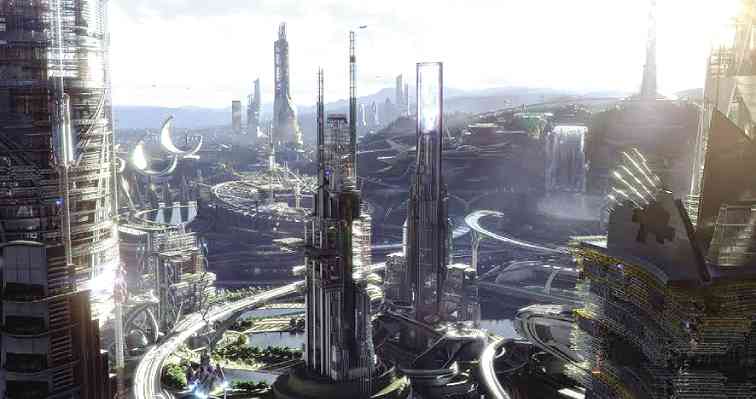 Casey (Britt Robertson) is a young girl with an extraordinary capacity for technical invention and an equally overwhelming sense of optimism. A mysterious young stranger (Raffey Cassidy) smuggles a pin into Casey’s possession without her knowledge. Casey quickly discovers that upon touching the pin she’s thrust into a world that looks like a futuristic utopia. Wanting answers, she seeks the help of Frank Walker (Clooney), a curmudgeonly inventor living an isolated existence.

Tomorrowland doesn’t trust its audience to follow what’s going on, which is an increasing and concerning trait of large-budget Hollywood productions. Perhaps the notoriously misdirective co-screenwriter Damon Lindelof, whose career durability is nothing short of astounding, has substituted thoughtless deceit for maddening discernability.  This is the sort of film in which the camera emphasises a dog’s lack of paw prints before the central character exclaims ‘Where are your paw prints?’, just in case we didn’t quite get it. It’s Bird and Lindelof who don’t quite get it. In another early scene, Casey is more surprised that a stranger knows her name than she is that the same stranger is wielding a gun that freezes time.

At the heart of Tomorrowland is an important and refreshingly optimistic message. Surrounding that message is excruciatingly unsubtle execution. Indirect sentiment in film is almost always the most powerful, because it feels good to come to a conclusion on your own. Adversely, a glaring message can sometimes be preachy, as it certainly is in Tomorrowland. What should have been one of the film’s natural narrative climaxes culminates instead in a lengthy and dull monologue by the antagonist, Nix (Hugh Laurie), chastising the audience rather than explaining his motivations. The intention is encouragement but the outcome feels like a lecture.

For a film that encourages dream and suggests imagination, there’s a bewildering obtuseness to Tomorrowland. For all the design on display, the film is entirely void of wonder. A lot of CGI just doesn’t amount to much cognitive enthusiasm, particularly in a post-Fury Road world. The film is perhaps most notable for being a compelling example of how too much money can stifle creativity. There’s an exciting adventure story buried somewhere deep in the frames of Tomorrowland but ultimately there’s an astonishing lack of wonder and intrigue in a film that ought to thrive on wonder and intrigue. Who knows what Brad Bird might have done with it if all the technical solutions hadn’t come so easily?