Like catching up with old friends. If they had all the fun without you. 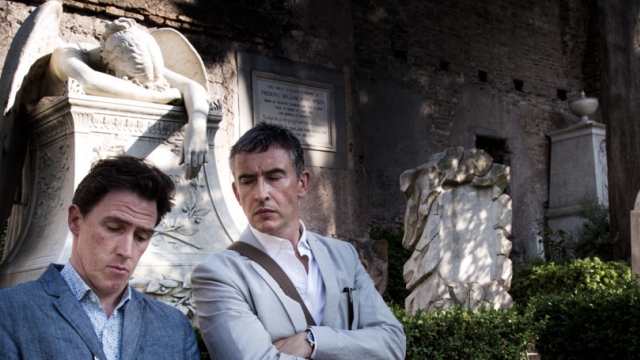 Perhaps the greatest illusion that Michael Winterbottom’s The Trip to Italy manages to maintain is the curious impression that despite the audience not partaking in the delicious meals or perusing the beautiful Italian vistas or even engaging productively in the cordial humour we nonetheless feel like the third member of Steve Coogan and Rob Brydon’s vacation. It’s an astonishing thing that we are all so ready to pay money to watch other people enjoy the finer things in life. And yet The Trip to Italy has such an amiable charm to it that it’s almost impossible to begrudge these millionaires a free trip around some of the most dazzling countryside Italy has to offer.

Preserving the fundamental formula of the original The Trip, this sequel takes Coogan and Brydon down the Italian coast from Liguria to Capri. There’s a vague attempt to tie their excursion in with some of the renown Romantic poets who had frequented the area as well as the inclusion of a handful of fictional life dilemmas for these slightly fictionalised versions of Coogan and Brydon. But ultimately the centrepiece of the film is the natural concord between the two leads, which is so exceedingly watchable that even when they’re reiterating the first film almost verbatim it’s still somehow relatively pleasing.

After accepting a second assignment from The Chronicle, Brydon and Coogan promptly set off on their tour around the Italian countryside. Coogan’s career is undergoing a somewhat mandatory hiatus, allowing him to redirect some much needed attention toward his adolescent son. Brydon on the other hand, the more family-orientated of the two in the original, finds his gaze wandering as the romance of Italy overcomes the hassles of life at home in England. 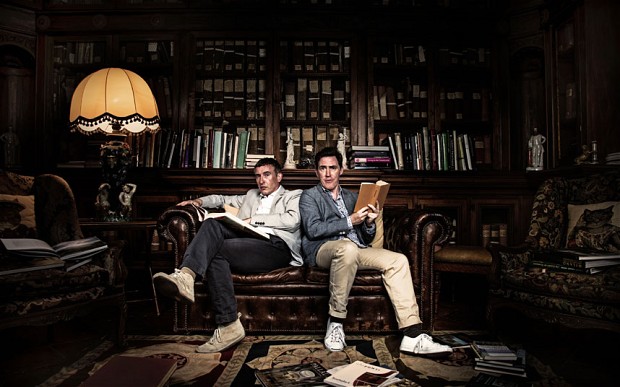 There is a peculiarity to The Trip to Italy in the sense that these men are playing themselves to a certain degree and engaging in actual events to a certain degree but then much of what occurs in the film is also fiction. It’s ultimately difficult to know which moments, if any, are genuine. This isn’t a problem per se, but it is a curious thing considering the film probably wouldn’t be half as successful if the stars were completely unknown actors or indeed if Coogan and Brydon had taken on character names. There’s a hazy line between our understanding that Coogan’s career woes and Brydon’s marital dilemmas are fake and the appreciation that their relationship is hopefully genuine to some degree.

Like the first film, The Trip to Italy originally aired in the United Kingdom as a series of six episodes. It arguably faired better in its intended partitioned form, a break in the very loose narrative allowing audiences reprieve from what is essentially a one-note idea. In the loose form it inhabits in this theatrical run, The Trip to Italy runs at nearly two hours, which is long for such an idle narrative. But for the most part it’s reasonably fun to enjoy the conversation, the food and the scenery, even if we’re not actually taking part in any of it ourselves. In reality it’s not us but Winterbottom himself who is the third team member in this escapade around coastal Italy, despite his as well as Coogan and Brydon’s best efforts to make it at least appear like we’re included as well. It’s a rare thing, to enjoy watching privileged lives this much, but it’s a testament to both Brydan and Coogan that for much of the lengthy running time The Trip To Italy is an agreeable enough way to spend an hour or two.