Triple Frontier wants to be something it isn’t. It also has an awry sense of moral insight. That it has compelling action may make you forget about those two fundamental obstacles, but only momentarily and only here and there. The film is directed by J.C. Chandor, whose best film is the 2013 survival drama All Is Lost. It is telling that this film falters so drastically in the moments when narrative and dialogue come to the fore, since All Is Lost was largely bereft of both.

Also significant is Chandor’s considerable capacity when it comes to conveying information when nobody is talking. In All Is Lost, we followed a character played by Robert Redford, simply dubbed ‘Our Man’ in the end credits. He had three lines in total and one of those lines was a single word. Nonetheless, the film was one of the most compelling releases of that year, in no small part to Chandor’s comfort with storytelling that involves little dialogue. 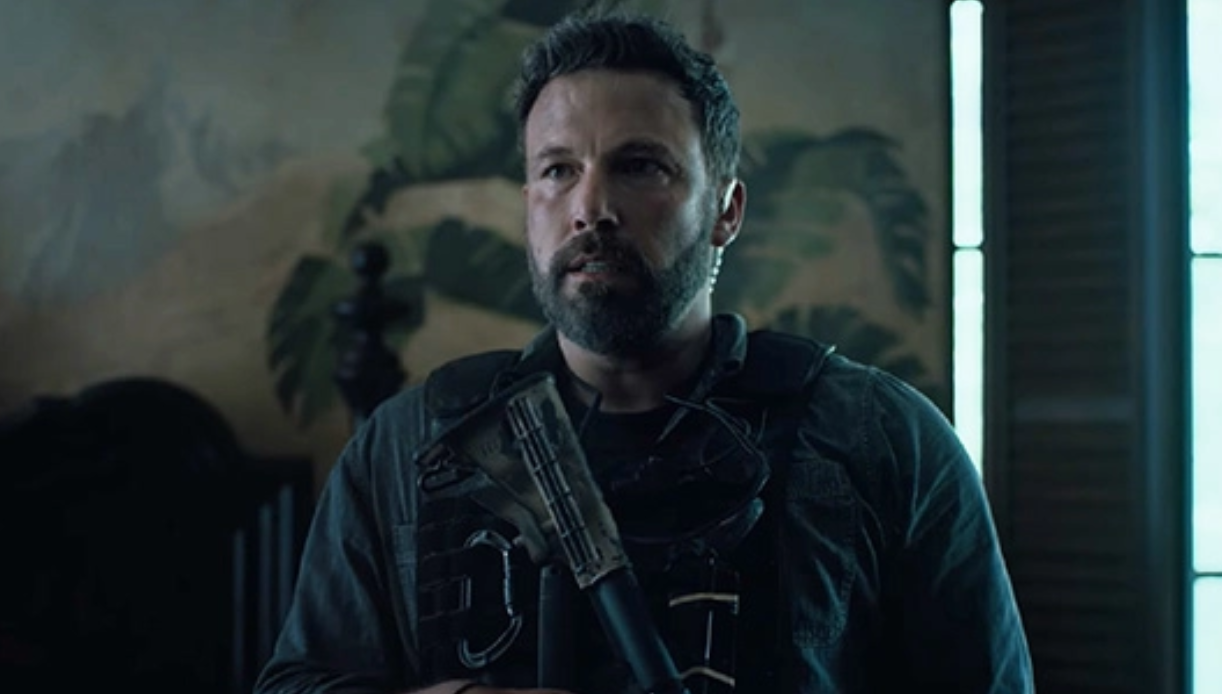 The principle strength of Triple Frontier is its action, when the momentum is sustained by physical activity. It may come as no surprise that Kathryn Bigelow was originally going to direct the movie before passing in favour of 2017’s Detroit. Chandor displays a similar affinity for aggressively relentless yet uncomplicated movement in action scenes, the sort that has been constitutional in Bigelow’s career.

The film allows for a lot this sort of action. The narrative revolves around five former Special Forces operatives who have become disgruntled after dedicating the better part of their lives to defending their country with little to show for it. Spearheaded by Santiago ‘Pope’ Garcia (Oscar Isaac), the team – Tom ‘Redfly’ Davis (Ben Affleck), William ‘Ironhead’ Miller (Charlie Hunnam), Francisco ‘Catfish’ Morales (Pedro Pascal) and Ben Miller (Garrett Hedlund) – set about planning a heist in a remote area of South America. The heist will pose as a severe a test on their morals as it will their skills in combat.

Why Miller doesn’t get a flashy nickname, I can’t say. Perhaps I just didn’t absorb the significance of their names, but I am inclined to believe that there is none. There is a serious creative staleness that envelops the plot and its occupants. Those nicknames function as no more than cheap character development, which of course is no character development at all. “I heard about Molly, I’m sorry,” Isaac’s Garcia offers Affleck’s Davis some token condolences regarding an offscreen ex-wife. We’ve come to expect dialogue like that in bad movies.

And the heist? Redfly doesn’t even want in to begin with. “I’m retired,” he asserts and we almost double take because we wonder how screenwriters are still coughing up hackneyed trash like that in heist films in 2019. He is persuaded, naturally, and it’s because he has kids with the estranged Molly, neatly associating two separately weak pieces of a poorly written character. 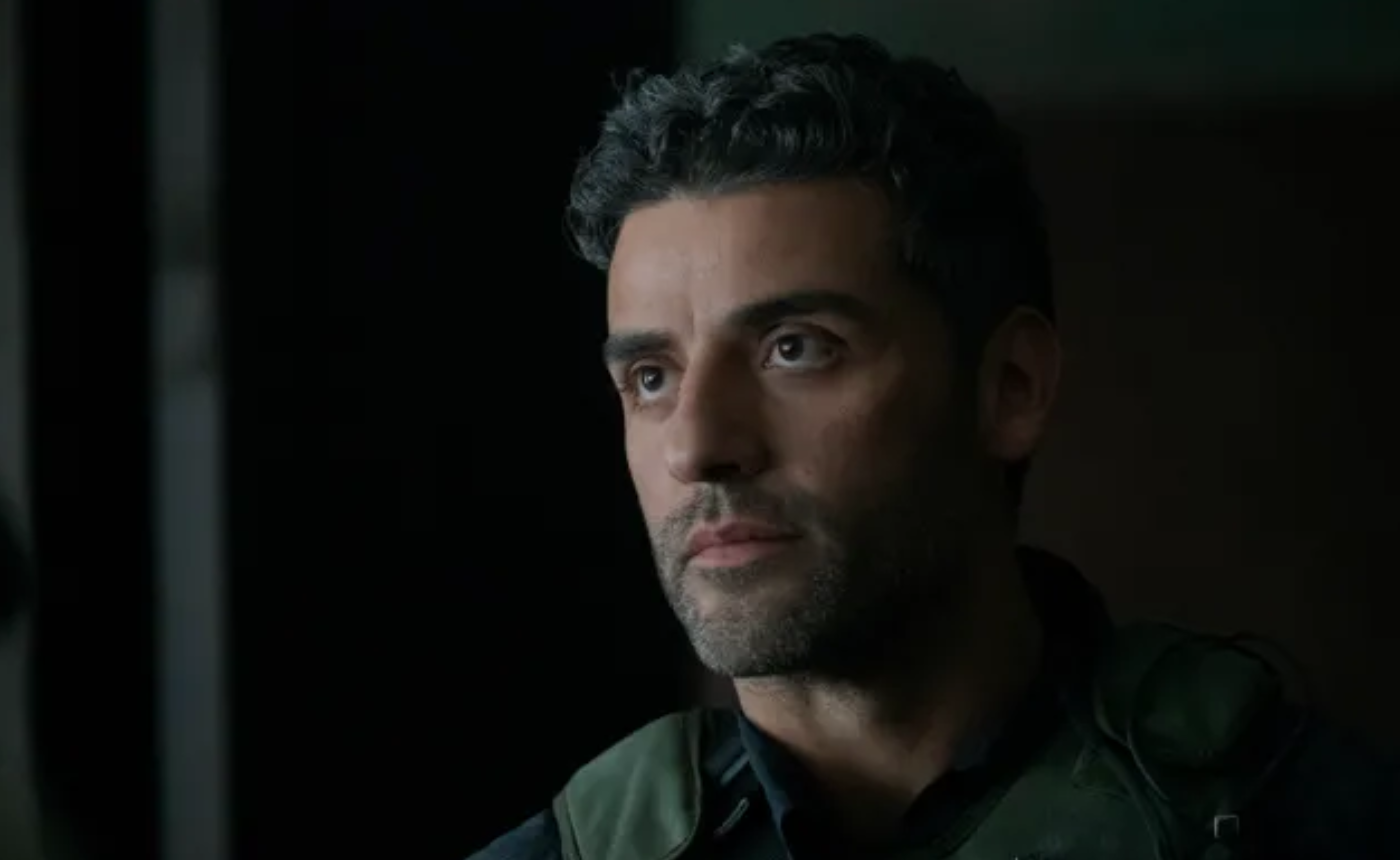 On a petty note, this is the fourth time that I’ve heard Fleetwood Mac’s ‘The Chain’ as a conduit from one scene to another in three years. Also, Creedence Clearwater Revival’s ‘Run Through The Jungle’ out to be retired from the Hollywood song repertoire. Uninspired decision-making in regard to music in film is customarily an indication of uninspired filmmaking. I can’t remember an instance in which it is not.

I mentioned at the start of this review that Triple Frontier wishes it was something it isn’t. I also mentioned the awry sense of moral insight. That first issue transpires because of Chandor’s evident intentions to reflect on greed and violence amongst the turbulent anarchy of his firefights. It might have made for an exciting re-evaluation of Huston’s The Treasure of the Sierra Madre, though the wisdom is skin deep. Besides, Chandor is hindered by his own earnestness, adopting a humourless attitude toward a pulpy script. 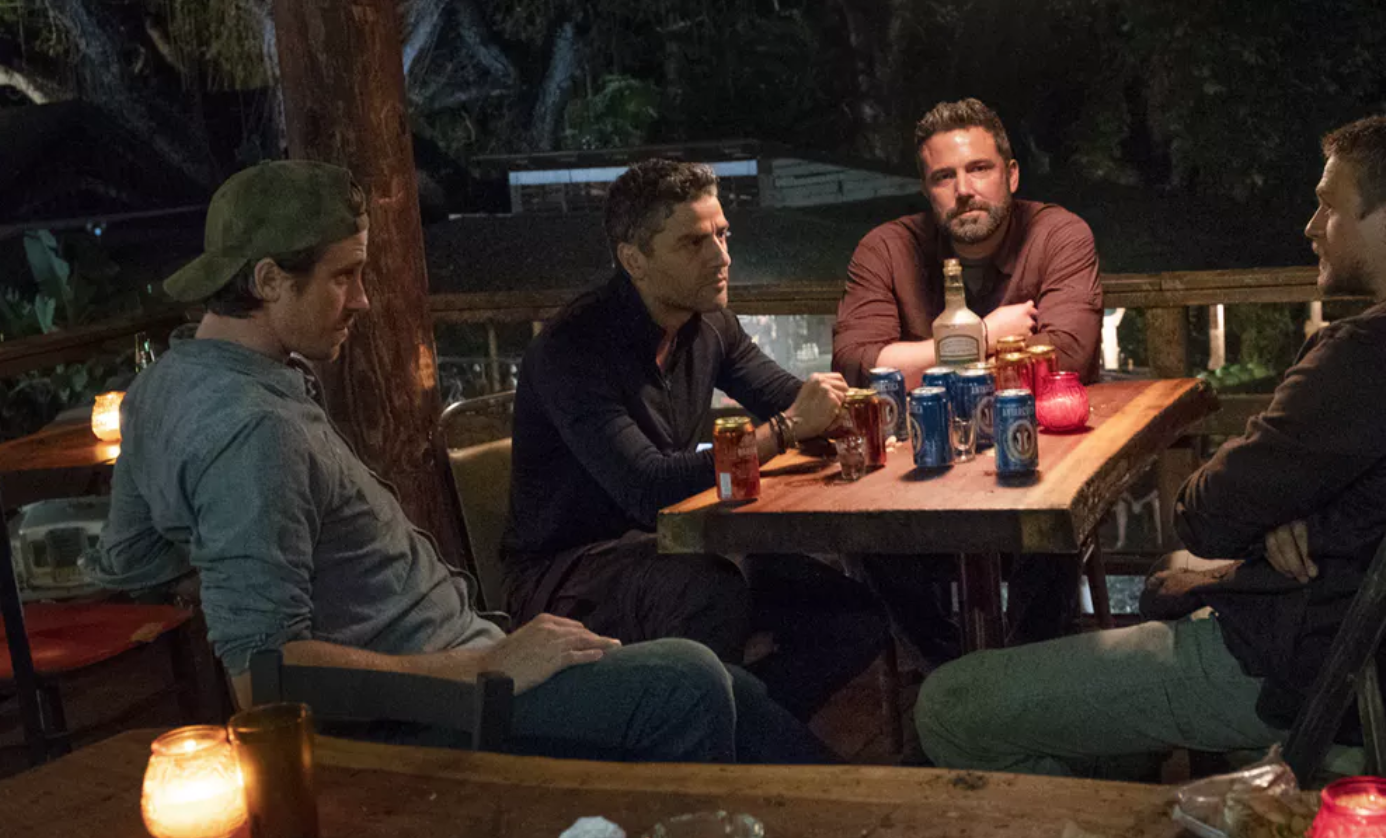 The film’s sense of morals is wholly askew as a result of the reality of the central five characters in relation to how Chandor seemingly wants us to engage with those same characters. There’s a formidable degree of machoism being celebrated here, inadvertently or otherwise. Make no mistake, the protagonists here are morally corrupt regardless of their latest heist. This film revers that corruption.