"All is True is a provocative title for a film about a man suspected of great falsehood. "

"...Branagh is clearly not interested in delving too deeply into the authorship controversy..."

All is True is a provocative title for a film about a man suspected of great falsehood. It’s not an original title; Kenneth Branagh’s film is actually named for the final play co-written by its main character, William Shakespeare, which has been known as Henry VIII since about ten years after its 1613 publication. But it does invite consideration of the fact that in recent centuries, Shakespeare has been accused of not being the author of the plays that were credited to him. Branagh’s film is not about the so-called Oxfordian theory of authorship on a textual level. But it hints at the possibility perhaps more than it needs to, given that a renowned Shakespeare lover like Branagh might have just opted for a straight love letter – a sonnet, perhaps – when dramatising the final years of the Bard’s life.

Branagh plays Shakespeare for the first time in a career distinguished by adaptations of the playwright’s work, and one wonders if this functions as the actor-director’s symbolic farewell to those artistic preoccupations. The action picks up shortly after a prop cannon misfires during a performance of the aforementioned All is True, burning Shakespeare’s artistic home, the Globe Theatre, to the ground. The loss prompts Shakespeare to abandon his writing and return to his hometown of Stratford, where he has a wife and two adult daughters who have not seen much of him. He’s also finally allowed himself the time to grieve his son Hamnet, who died 17 years earlier, when the playwright was at his height. 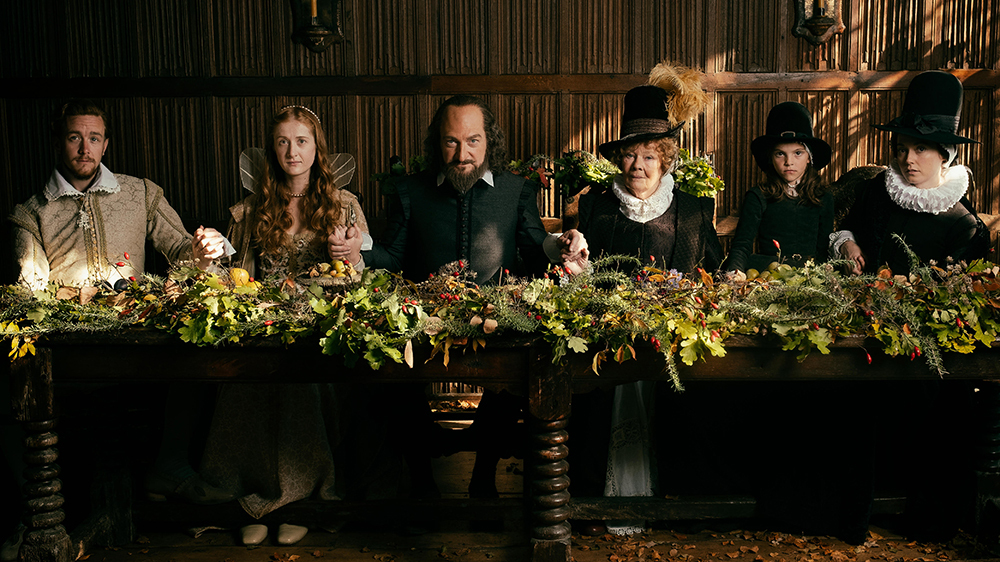 By choosing not to focus on a time of creative prosperity for Shakespeare, as other films have done, Branagh has inevitably shifted focus to Shakespeare’s family in order to mine drama from his final three years of life. Both of his daughters (played by Lydia Wilson and Kathryn Wilder) have gotten embroiled in scandals related to the extramarital affairs of themselves or their partners, which constitute the meat and potatoes of the film’s plotting. But spending this time with them, with Shakespeare’s wife (Dame Judi Dench), and with the ghost of Shakespeare’s son, we can’t help but reflect on how commonplace they all were in comparison to his staggering intellect.

See, one of the Oxfordian arguments against Shakespeare having written his body of work revolves around the circumstantial evidence of his family. Shakespeare’s parents, his wife Anne, and some of his children could not read or write, which strikes many as highly unlikely for someone of his allegedly incomparable gifts. The larger majority of Stratfordian theorists suggest that maybe this was just because he was a bad husband and father, spending all his time in London rather than spreading his intellectual wealth to his family. Branagh, however, leans into discussions of their abilities or lack thereof, referring to them multiple times over the course of the narrative. 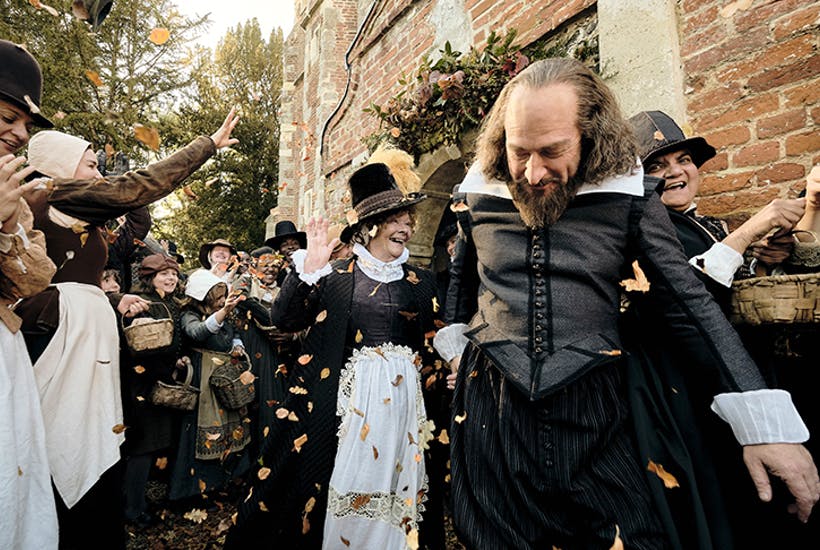 Branagh also gives direct voice to another Oxfordian argument, as a would-be writer with stars in his eyes approaches Shakespeare while he’s farming, and asks him how he was able to concoct the worlds he concocted when he left school at age 14 and never traveled. Shakespeare’s response is unconvincing – he says he “imagined it.” But what gives his words extra incredulity is that look in his eyes, which Branagh employs regularly throughout, which suggests he’s hiding a secret guilt or shame.

These do seem like conscious choices, though Branagh is clearly not interested in delving too deeply into the authorship controversy, like Roland Emmerich did in his 2011 film Anonymous. That he does so at all is to the film’s benefit, as the day-to-day village life that comprises much of the plot is not particularly noteworthy. In fact, the film’s most lengthy misstep is to spend so much time on Shakespeare’s delayed grief over his son, almost as though trying to find a Citizen Kane-style grand unifying theory. The film itself is not convinced of the legitimacy of this grief, as Anne Shakespeare calls him out on it by reminding him he wrote the frivolous The Merry Wives of Windsor soon after his son’s passing.


You might suggest Branagh made this film as a kind fan service as much as for any other reason, and it’s easy to appreciate on that level. Not only is Branagh engaging with Shakespeare on a more meta level than he has before, but his casting of Dench is an intentional callback to her Oscar-winning performance as Queen Elizabeth in Shakespeare in Love. Then there’s the extended tete-a-tete between Branagh and Sir Ian McKellen, in which Shakespeare discusses his career and legacy with the Earl of Southampton, the two even exchanging verse. This is catnip for lovers of the two thespians and the art form they’ve perfected.


Records of how Shakespeare actually spent his final days are scant, which means it may never be possible to determine what really is or is not true about them, or about this film. Branagh and screenwriter Ben Elton have presented a plausible enough rendition here, one that asks compelling questions they know are unanswerable. Like their hero, Branagh and Elton have taken what they know and love about Shakespeare, and “imagined” the rest. Which will have to be truth enough.