"Those who do seek it out shouldn’t have too much trouble getting enjoyment from it."

If the French film Two is a Family seems familiar, it could be because it hits many of the expected beats for a heart-warming comedy drama about a non-traditional family. Or it could be because it’s based on a 2013 Mexican movie called Instructions Not Included, regionally popular but little seen here in Australia, which was written and directed by its star, Eugenio Derbez. Given the attendance on opening night, Two is a Family may also become little seen, though it was very popular in France and has been making the rounds internationally since its December 2016 debut. Those who do seek it out shouldn’t have too much trouble getting enjoyment from it.

The story concerns Samuel (Omar Sy), the handsome and charming captain of a cruise boat on the French Riviera, who has a way with his female customers and is an integral part of the local party scene. He’s sleeping one off in the boat, a naked woman on either side of him, when a third woman (Clémence Poésy) makes her way down to the edge of the pier holding a baby – a baby she says is Samuel’s. After a moment Samuel does remember her from a tryst the previous summer, but while he’s denying and doing some quick maths in his head, she asks him to hold the baby so she can go pay the cab fare. Instead, she absconds from the scene entirely, leaving a dumbfounded Samuel holding the little girl and wondering how he’s going to find that girl’s mother in a city as big as London. 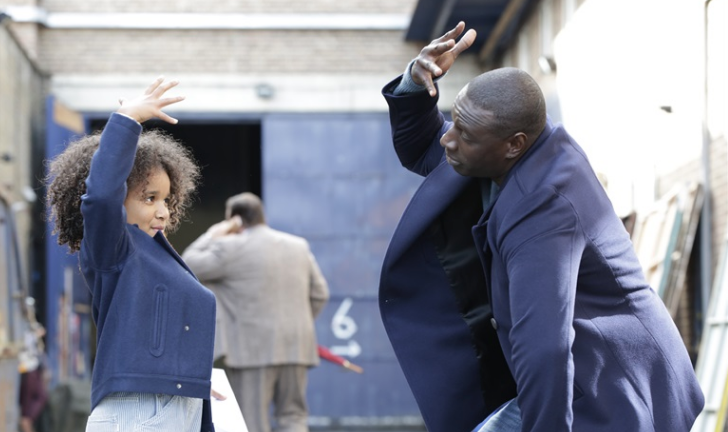 Samuel doesn’t find her – as if anyone could really disappear in the age of the internet – but those scenes are set in 2008, so maybe it was a bit harder back then. Flash forward eight years, and Samuel has assumed a new life in London, working as a stuntman for the gay producer (Antoine Bertrand) he met on the tube when he first arrived, and raising young Gloria (Gloria Colston) as a single dad.

He’s told Gloria that her mother is a spy, which is why she has never met her; supporting that lie are a series of emails written by Samuel pretending to be her, as well as photos repurposed from social media with her mum appearing next to the likes of Brad Pitt and Angelina Jolie. (Hey, they were spies in Mr. and Mrs. Smith.) Eventually Kristin does reappear, threatening the life Samuel never knew he wanted.

Hugo Gelin’s film gets by on the strength of its charm, and there’s no one better to deliver that charm than the most likable French actor working today: Omar Sy. He’s delivered his boundless charisma in such films as Mood Indigo and The Intouchables, and to put it simply, he’s the type of person you want to just watch. He’s a big personality but he’s capable of subtlety, and that’s a pretty good metaphor for this movie. There are a number of touches that seem obvious to the point of being clumsy, but then it is sneakily effective at times too.

Just look elsewhere if you’re seeking realism. Samuel and Gloria live in a home in London that puts to shame Josh Baskin’s Manhattan loft in Big. Not only does the spacious interior include an indoor basketball hoop and human-sized Playmobil figurines, but it’s also got a slippery dip that ends in a pool of rubber balls. One doesn’t suspect a stuntman, even one working on a hit TV show, would have the wherewithal for that kind of residence, even if the producer overpays him because he has a crush on him. 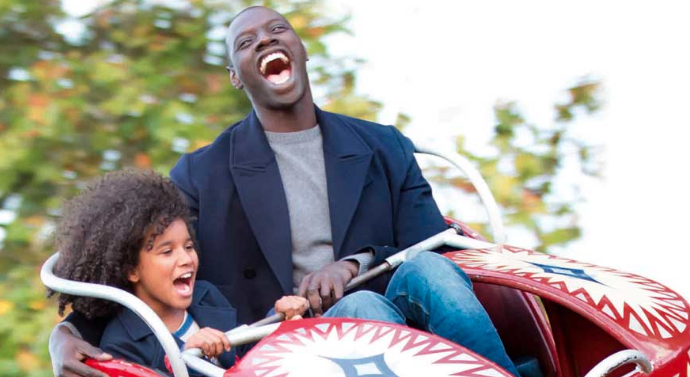 That producer is one of the ways the movie is unfortunately broad, bordering on insensitive. Bertrand plays the producer, Bernie, as the type of sexually aggressive gay man who undresses every man with his eyes, finds excuses to flirt in a physical way, and tells anyone who will listen why each apparently hetrosexual male he encounters is actually gay. In other words, the type of gay man that only existed in Hollywood movies when they first thought they were being progressive by featuring gay characters at all.

But Two is a Family is not always as loud as this. It demonstrates real smarts about how to handle, or rather not handle, the fact that Gloria is biracial. It’s clear to the audience that one of the compelling pieces of evidence that Samuel is indeed the father is the colour of Gloria’s skin, which could not have resulted from Kristin sleeping with a white man. The film toys with other unspoken ideas later, when it shows Kristin with her new partner, who is also black. That it doesn’t waste time on Gloria struggling with her racial identity, or whether Kristin only dates certain types of men, is to its credit. You like that the ideas are there, but that the movie just leaves them for you to ponder extra-textually. 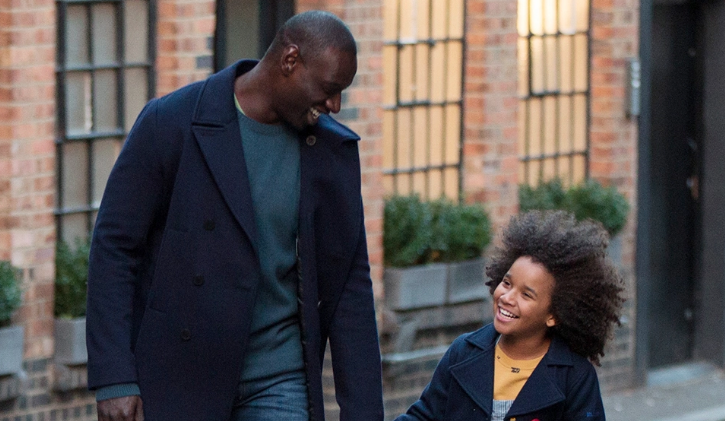 Predictable though it may be at times, Two is a Family holds a couple of its cards close to its chest, revealing certain pieces of information at a time of maximum impact. Not all of these land, but one in particular does. Of course, we won’t reveal anything further about that.

Although it’s not as good a film, Two is a Family occupies a similar place in the cinematic landscape to Sy’s previous international crossover hit, The Intouchables. It’s not the type of movie that will challenge you, but it has its heart in the right place and goes down easy. It does have that slightly grotesque gay stereotype, but that character is ultimately a sweetheart and the film does right by him. It’ll do right by most audiences as well.