There should really be more horror anthologies. Most horror films exhaust the audience’s interest long before they’re over, so the idea of trimming them down to twenty minutes each, removing all the dull characterisation and clumsy scene-setting, is a naturally appealing one. Sadly, the anthology format totally failed to deliver in the case of V/H/S/2’s predecessor, V/H/S. V/H/S contained five “found footage” shorts, wrapped up in a meagre framing narrative. Despite the talent behind it (one of the directors was Ti West, who made the excellent House of the Devil) the shorts were, without exception, murky, incoherent, failing to enliven the found footage genre’s limited potential.

Why do studios persist with found footage films? Presumably because they’re cheap, and the shaky camerawork disguises poor direction. V/H/S/2 is therefore a pleasant surprise, as both a vast improvement on V/H/S and an example of found footage done well. It’s not enough to save the genre from its innate shoddiness, but it perhaps suggests a stay of execution is in order.

Like V/H/S, V/H/S/2 brings together multiple directors of various degrees of prominence. There’s one less segment, however, which works to its advantage—each of the shorts here feels substantially more developed and thoughtful than any of those in V/H/S. Even the framing narrative is more interesting. A detective and his assistant break into a dilapidated house, looking for a missing college student, finding instead a stack of videotapes and a VCR player. The detective explores the house, whilst his assistant sits down to watch the tapes in sequence. Sure enough, her nose starts bleeding and she falls into an eerie trance. It’s predictable, but the final shot works well. The films themselves cover all the bases: ghosts, zombies, cultists, aliens.

The third segment, “Safe Haven”, is easily the best. A reporter and her two cameramen conduct an investigation into a sinister cult run by an Indonesian Jim Jones, and naturally there’s a demon child, mass suicides, and hordes of ghoulish cultists. At one point a man simply explodes—I’m not sure why, but it certainly makes for an effective image, as does the demon child, which looks slightly fake, in an appealing, old-fashioned way. As demonstrated by The Blair Witch Project, the faux-documentary is the best kind of found footage film, because it allows the director to play with minor conceits such as setting and dialogue, instead of simply chasing his protagonists down blurry corridors.  “Safe Haven” is one of the finest horror pieces I’ve seen this year, and V/H/S/2 is worth watching on the back of it alone. 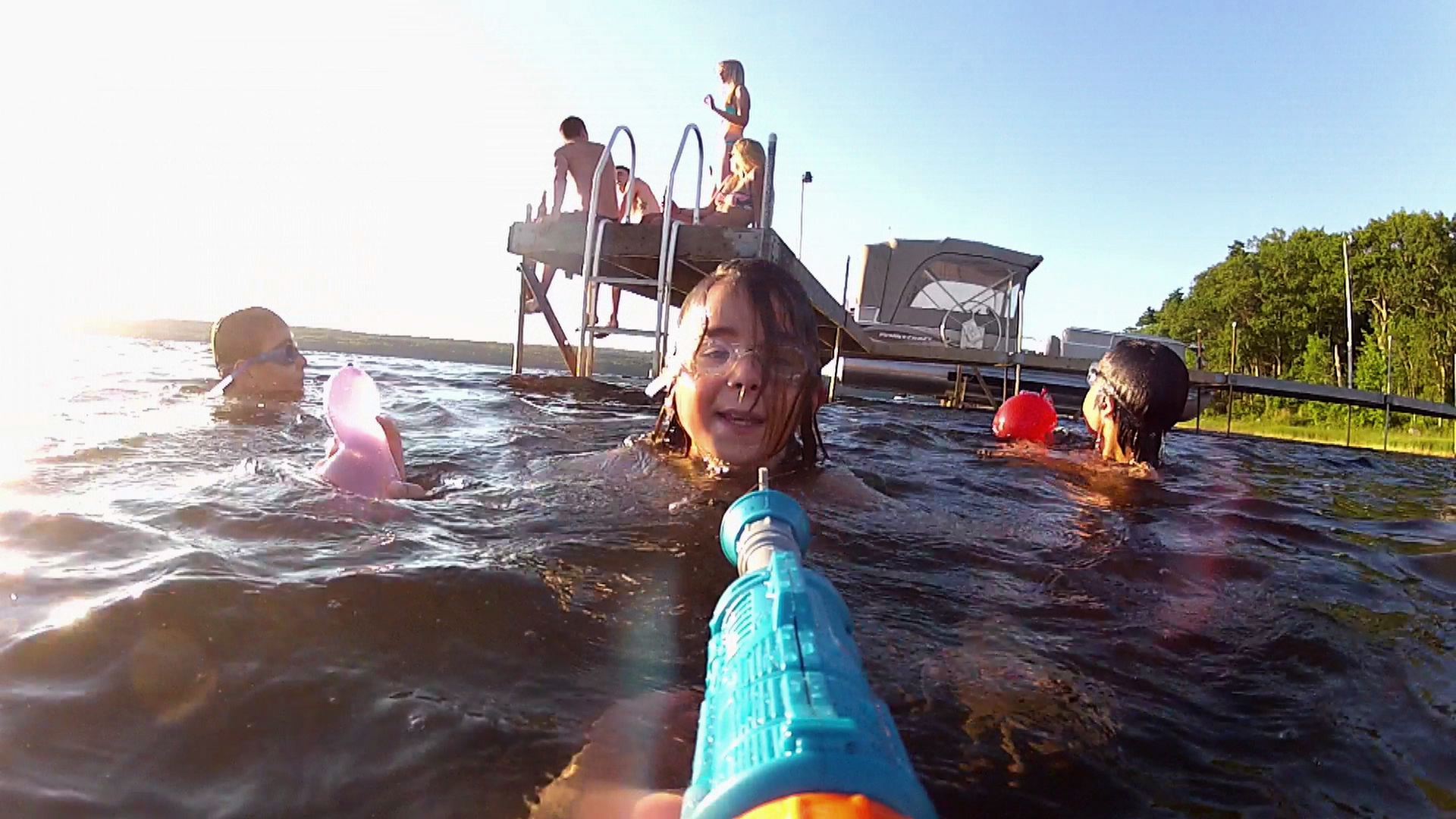 The second segment, “A Ride in the Park”, is the other standout. It’s shot from the perspective of a cyclist who is bitten by a zombie in the woods and consequently goes on a bloody rampage, ending up at a children’s birthday party. It’s funny, violent and finally rather affecting. Directors Eduardo Sanchez and Greg Hale manage to make something enjoyable out of the two least interesting genres of modern horror, the zombie film and the found footage film—something I would have thought was impossible.

The other two segments, “Phase 1 Clinical Trials” and “Slumber Party Alien Abduction”, are more disappointing. The first deals with a man who discovers his new ocular implant allows him to see ghosts. (Why? Who knows.) The fourth is shot by a camera strapped to the back of a dog, who is understandably sent into a frenzy by the incursion of aliens into the family home. Disappointingly, it follows the model laid out in the first V/H/S: film a group of unlikable jerks arguing with each other for fifteen minutes, then kill them off obscurely.

V/H/S/2 is a film for horror nerds, and to that unique subset of film lovers I can recommend it comfortably. If found footage films must be endured, it’s best they run no longer than twenty minutes, and the more they resemble “Safe Haven”, the better.