"What holds Vivo back from being a pure delight is not what it’s about, but how it’s about it."

"As a bit of a saving grace, Vivo does depart from 3D animation for some expressionist 2D fantasy cutaways. We needed more of them."

If Lin-Manuel Miranda is everywhere right now, does that mean he’s spreading himself too thin? The new Sony Animations film Vivo, now streaming on Netflix, might be Exhibit A of that theory, except that an animated film is an unusual piece of art not to have a composer’s full attention, given how the songs provide a spine for the movie’s entire construction. A few of these songs do have the Miranda lyrical flow familiar to anyone who’s seen Hamilton or In the Heights, but others just disappear into the swampy Florida Everglades that make up the film’s middle portion. Moana it’s not. 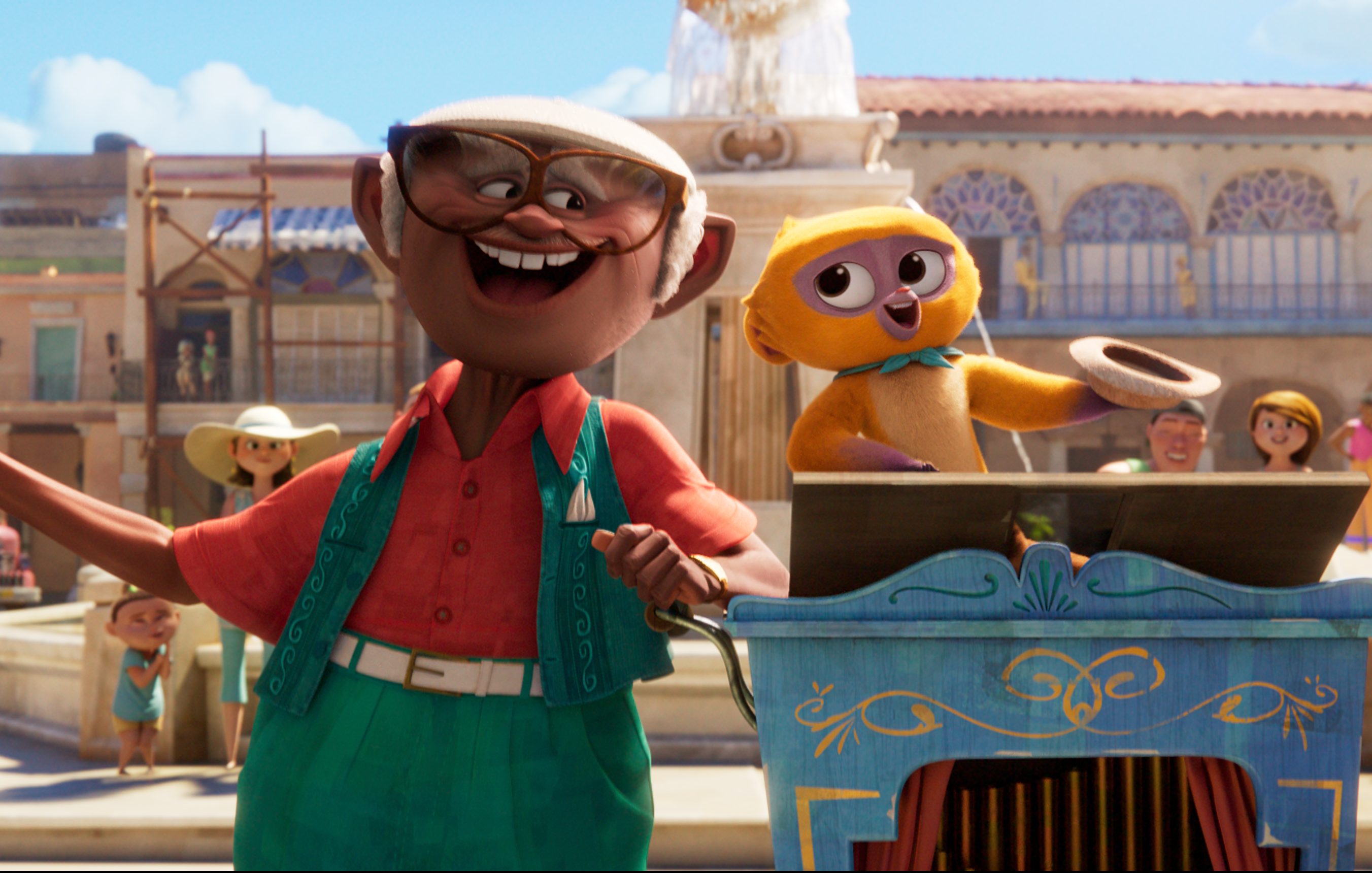 A fond love letter to Latin culture, though, it is, and that’s almost enough to warrant a hearty recommendation rather than a tepid one. Vivo starts out on the vibrant streets of Havana, in the tiny hands of a kinkajou named Vivo, the monkey companion to an ageing Cuban troubadour (Juan de Marco Gonzalez) who works those streets. Every act needs a miniature sidekick to pass around the hat for spare coins, and Vivo is that guy – or, that monkey. He doesn’t talk – well, only to other animals and we in the audience, and that voice is the voice of Miranda himself. But Vivo and Andres communicate in the intuitive manner of beings who have been in each other’s company for years.

Andres receives a missive from Miami from the singer who was his love as a younger man, but who left to pursue dreams of stardom in America – dreams that went spectacularly fulfilled. Preparing for her farewell concert, Marta Sandoval (Gloria Estefan) has asked Andres to be there for the show. Why she never reached out to him in the previous 40 years is a question that remains unanswered, but Andres is all prepared to go, with Vivo at his side, when he dies peacefully in his sleep not long before they are set to leave. Vivo is determined to bring to Marta the song Andres wrote for her, which expresses his feelings for her – another dream inexcusably deferred.

But how can a kinkajou get to Miami? Enter Gabi (Ynairaly Simo), the precocious purple-haired daughter of Andres’ niece Rosa (Zoe Saldana), who arrives in Havana for the memorial ceremony held in the square where Andres used to perform. Unbeknownst to Gabi, Vivo hitches a ride in a bag full of Andres’ belongings gifted to them, which gets him as far as the Key West. Wordlessly communicating to Gabi his intentions, as animals in this type of movie are capable of doing, Vivo finds Gabi a more-than-willing partner in his quest to get to Miami before showtime.

What holds Vivo back from being a pure delight is not what it’s about – this is a great corner of the world, physically and thematically, to explore – but how it’s about it. The film clearly aspires to the heights of the Pixar catalogue, but it doesn’t quite have the tools to get there. 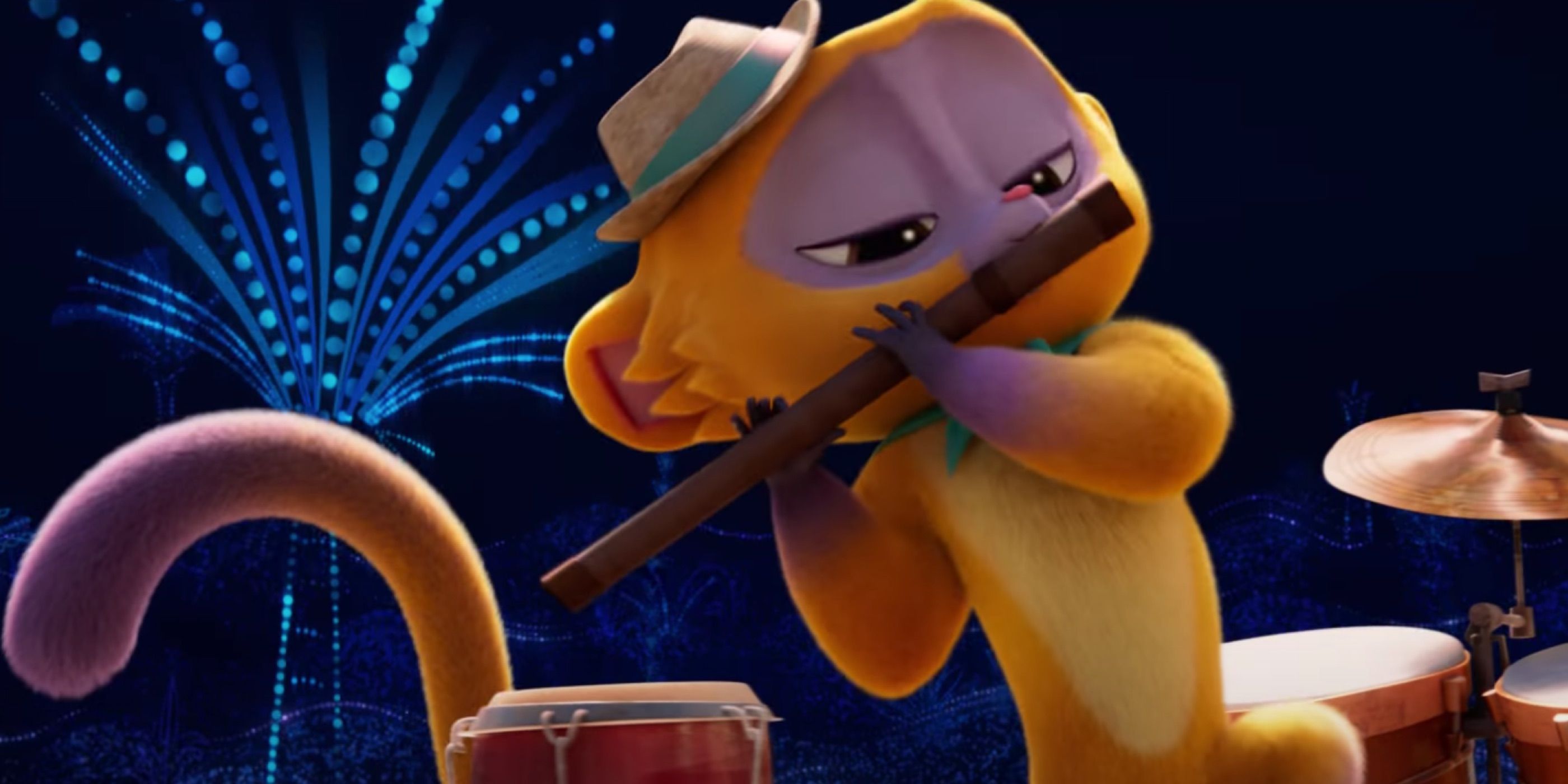 To say the film has a casual relationship to realism is to put it mildly. That’s not as obvious a point about an animated film as it may sound. If we are again using Pixar as our model, those films stick to the rules of their own world, as their flights of fancy remain tethered to the nominal reality of the film. Vivo knows that a monkey should not talk to human beings in this world, but the characters don’t bat an eyelash at all the other things he can do, like play the flute and tickle the virtual ivories of a piano app on Gabi’s phone. Instead of anyone saying “Holy shit, this is the most intelligent animal ever observed in human history,” the characters just take it in stride on a road trip whose diversions frequently feel like wheel-spinning.

The Florida Everglades middle passage is perhaps the most distracting example of this. While under extreme time constraints to get out of his jam that has left him both without Andres’ song and any means of conveyance, Vivo stops to help a spoonbill roseate fulfill his own deferred dream of professing his love to another spoonbill roseate. Those birds also, naturally, get their own song, which we’re really impatient to sit through while trying to adhere to the sense of urgency the film has created. This leads to an escape from a giant python voiced by Michael Rooker – giant, like as big as a bus, if we are to accept the sense of scale Vivo creates for us. Further straining the realism is that this scene also involves three girl scouts from Gabi’s troupe who have commandeered a fan-boat in order to track Gabi and force her to quarantine the kinkajou. It’s as messy as it sounds. 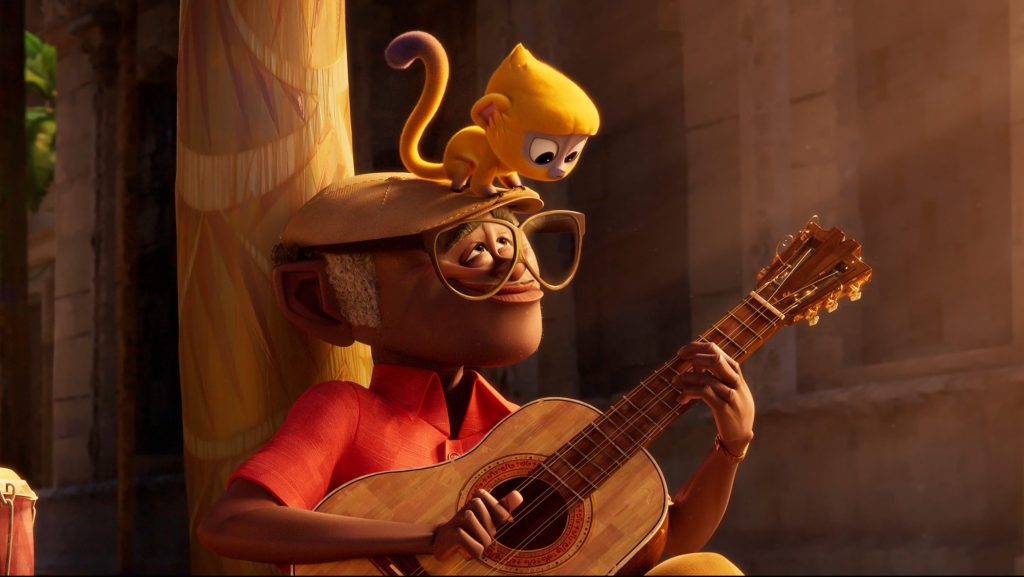 All this would be a bit easier to swallow – sorry for the python pun – if Miranda’s songs were really carrying us through. They don’t. They are pleasing in the moment, but they don’t linger. The one exception is Gabi’s personal anthem, “My Own Drum,” which is a high-octane hip hop explosion that is by far the film’s best ear worm. The filmmakers seem to have known this would be the winner as they repeat it over the end credits. The fact that this song has no relationship to the Cuban music that seems to have inspired the film is a tad problematic.

The animation is, unsurprisingly, quite skillful, but it too has its limitations. While most of the details are up to the highest current standards for computer animation, Vivo has stumbled a bit in the character design. There’s an occasionally grotesque extremity to them; eyes that are too big, mouths that are too small, such that the whole thing reads as more cartoonish than we would really want. As a bit of a saving grace, Vivo does depart from 3D animation for some expressionist 2D fantasy cutaways. We needed more of them. 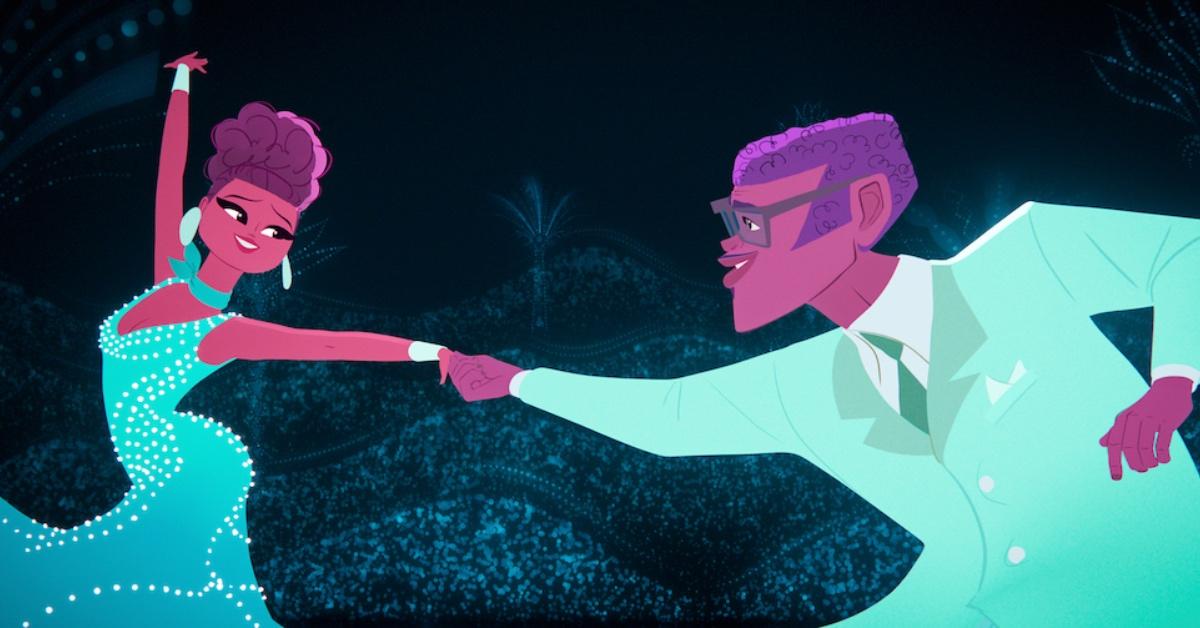 The film delivers a number of satisfying moments along the way, but it has the misfortune to end on an anticlimax. Andres’ song, the thing that lives on about him, the fragile thing that is contained only on a single sheet of paper that is constantly in danger, is the film’s MacGuffin, meaning it really needs to resonate when we finally get to hear it. It doesn’t. If Miranda’s attentions are truly divided between all the things he’s working on, he should have at least given his all to sticking the landing.