The dog of war. 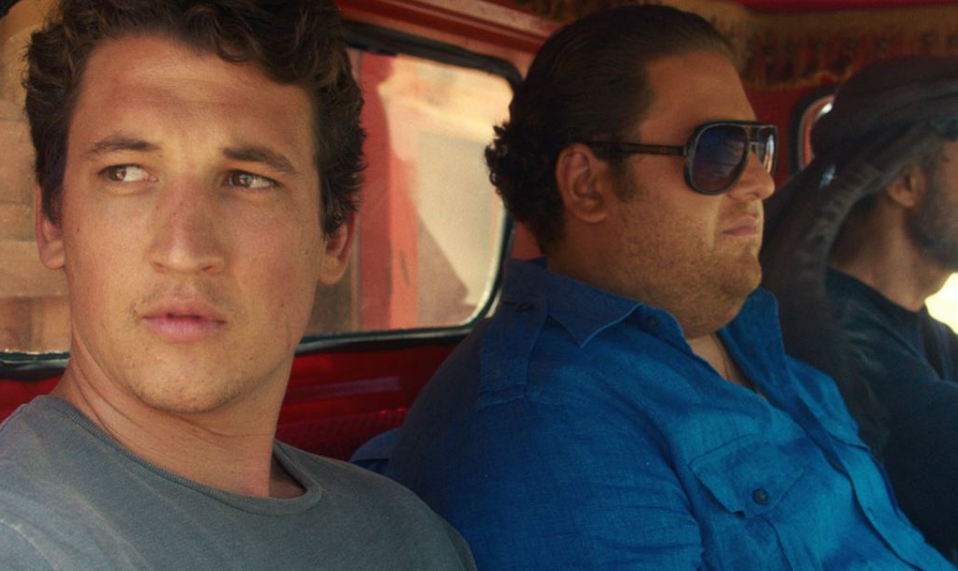 You know War Dogs. You know how it ends. You know how it begins. You know everything that happens in the middle. There’s true crime and it’s all conveyed in a kaleidoscope of filmic techniques that were exciting once, but aren’t anymore. At least, not in the hands of the wrong filmmaker. Todd Phillips is the wrong filmmaker for something like this, and War Dogs owes a lot to the enormous heights that Martin Scorsese reached back in 1990 with his masterpiece Goodfellas. That is one of the most film literate movies ever made, from a technical point of view. Martin Scorsese knows how to put films together. Goodfellas is Scorsese at his best. You would be hard pressed to find too many people who argue to the contrary.

Todd Phillips knows how Martin Scorsese puts films together and with War Dogs, he has decided to put a film together like Martin Scorsese puts a film together. He’s not the first, but it’s not enough to try to be like Scorsese. There are a lot of films like War Dogs. You’ll know it as soon as it begins. They start halfway through the narrative, a voice-over kicks in and asks us whether we’re wondering how they got in that position. “Let me take you back,” the character offers. Wait a minute. We’ve seen this film before. We liked it better when it had Johnny Depp and Penelope Cruz, but not that much better. We liked it a lot better when it was Goodfellas. War Dogs may throw a lot of jump cuts, freeze frames and pop songs at the screen, but for all its energetic filmic techniques, it is a lethargic film.

It’s a testament to Scorsese that what he managed to achieve with Goodfellas can and has been aped by lesser filmmakers and the result has been, more often than not, engaging. War Dogs zips along merrily. It’s bad, but it’s fast enough that our attention never strains. The story is based on fact, but has been largely embellished for the screen. Childhood friends Efraim Diveroli (Jonah Hill) and David Packouz (Miles Teller) are unlikely gunrunners, exploiting a bizarre loophole in governmental policy that allows businesses to bid on United States military contracts. 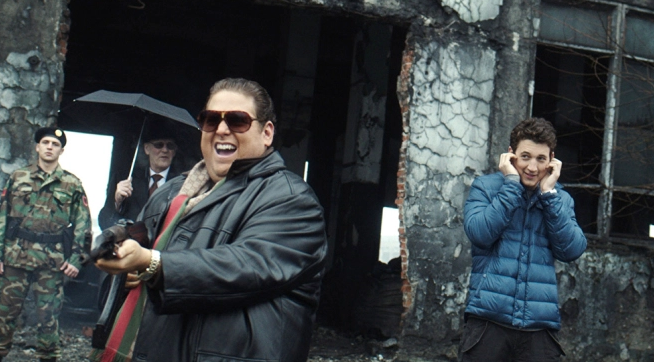 This review may harp on about Goodfellas but that’s a comparison that Phillips invites. But War Dogs is not Goodfellas. That film marvelled in the minutiae. As much detail was provided regarding the process behind Bolognese sauce as it was regarding the operations of organised crime. There are interesting concepts that are bandied about War Dogs, that beg for more detail. None is given, perhaps because the true story of Diveroli and Packouz has been embellished in such a cavalier manner. When is a story about Efraim Diveroli and David Packouz not a story about Efraim Diveroli and David Packouz? When it’s War Dogs. Why not just make fiction film?

War Dogs has no real merits of its own. It stands on the shoulders of superior films. That War Dogs makes for a diverting couple of hours has more to do with those films than War Dogs itself. The sheen of Phillips’ film wears thin quickly. As you leave the cinema, with every further step, you may find yourself discovering less and less to admire about War Dogs, until one day you may wake up and realise that you’ve never even heard of a film called War Dogs, let alone seen it. Go rent and watch Goodfellas, and rediscover why you love cinema, thanks to a man that could make it better than almost anyone.