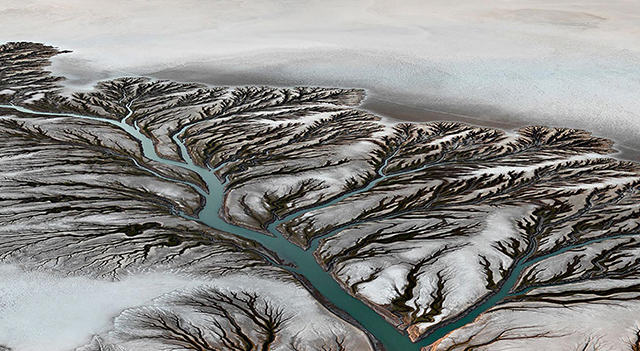 Leonardo da Vinci once said that water is the driving force of all life. Jennifer Baichwal and Edward Burtynsky’s new documentary Watermark explores the way in which the essential liquid has driven and formed not only humanity but the world over the course of history.

The Colorado River Delta is drying up. Without sediment deposits from the river, the land will eventually sink into the Gulf of California. At the ‘Kumbh Mela’, an annual Hindu event, millions of worshipers celebrate the triumph of good over evil through communal bathing. The Xialangdi Dam on the Yellow River in China is just one of many enormous dams being built worldwide in the hope of creating a source of not only clean drinking water but also renewable energy. Aquaculture in rice terrace farming has been practiced in China for over two-thousand years, farmers able to maintain their productivity throughout all the seasons.

These are just a handful of the avenues that Baichwal and Burtynsky explore the complete dependence that humanity and the Earth itself have on water. Baichwal is an established documentarian, responsible for films such as Let It Come Down: The Life of Paul Bowles and The Holier It Gets. Burtynsky is one of Canada’s most prominent photographers, renown for his images of industrial landscapes. This isn’t the first time that Baichwal has worked closely with a photographer on one of her films, having released The True Meaning of Pictures, a feature length focusing on the work of Appalachian photographer Shelby Lee Adams in 2002 as well as Manufactured Landscapes, which looked at Burtynsky himself. There’s a sense in Watermark that Baichwal really understands the power of letting an image convey meaning in lieu of words. 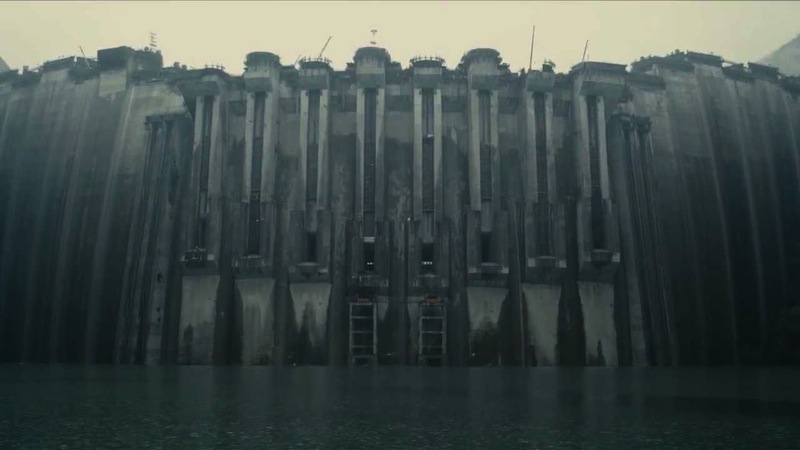 There’s no clear message and indeed no narration, the minimal dialogue coming from a handful of interviewees. But there is beauty in the uncomplicated way Watermark presents information without bombarding us with forced meaning. The images, some filmed at an astonishing 5K resolution, are remarkable and for the most part are enough to convey a sense of what is happening in the smattering of locations that Baichwal and Burtynsky have photographed. The film was reportedly intended to document Burtynsky’s travels and work in producing the book of photography entitled ‘Waters’, which was released last year. Watermark certainly feels like a suitable visual accompaniment and has the curious knack, like the films of Ron Fricke, to find extraordinary beauty in industry.

The scale of some of the locations in Watermark are incredible. The Xiaolangdi Dam stands at over 500 feet tall and nearly 4,500 feet wide. The Ogallala Aquifer in Texas is a chessboard-like landscape of manufactory stretching far into the horizon. The only issue is that the impressiveness of the images is often such that it’s entirely possible to focus on nothing else.

Watermark lets us come to our own conclusions. During the ceremonial bathing in India there’s an interesting fusion of the past and present, the horde of worshipers cleansing themselves in polluted water. The past, present and future permeate the world of water. In some places, such as in the Colorado River, the future already seems to have arrived. Watermark is a marvel of photography and a compelling reminder of our helpless dependence on water.

The First Look season of Watermark screens at ACMI from Saturday 5 July to Sunday 13 July 2014.