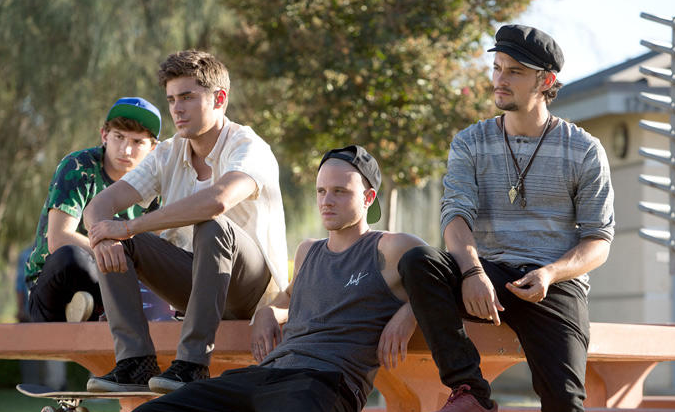 Justice vs Simian’s thumper dance tune ‘We Are Your Friends’ was all you could hear back in 2008. You could play it twice in a row and no one would mind. They were the days. Still, it was an endnote. We’ve since had inventions or reinventions of dubstep, trap, grime, funky, dance-hall, EDM and countless others. Each rise to stratospheric heights only to fade again into obscurity. In the electronic world, the genres, heroes and mecca’s change overnight. So it’d be suicide to drop ‘We Are Your Friends’ in the middle of a set of bangers in 2015 (admittedly, you could probably still close with it). Likewise, it’d be absolute kamikaze to name your new and very stupid film about DJ-ing in the Hollywood Hills by the same name.

Director Max Joseph has done just that. The resulting 96 minutes is a vibrantly shot and deeply unsatisfying experience –exploiting a niche subculture without offering a shred of insight or interest. This is basically Top Gun all over again – only Maverick’s name is Cole Carter (Zac Efron, handsome) and instead of an aspiring fighter pilot, he’s an aspiring DJ trying to create that one perfect track. On the way, Carter befriends superstar James Reed (Wes Bentley) who teaches him that electronic music needs to be organic; it needs to be a combination of everything that makes up ‘you, man’. There’s troubles though; Efron’s in love with Reed’s girlfriend Sophie (Emily Ratajkowski) and he can’t quite escape the shadow of his three deadbeat ‘Valley’ friends, Ollie, Squirrel and Mason. There’s no easy way to say it; We Are Your Friends is a nauseatingly conventional rags-to-riches story played completely by-the-numbers without a single unpredictable event of any kind. 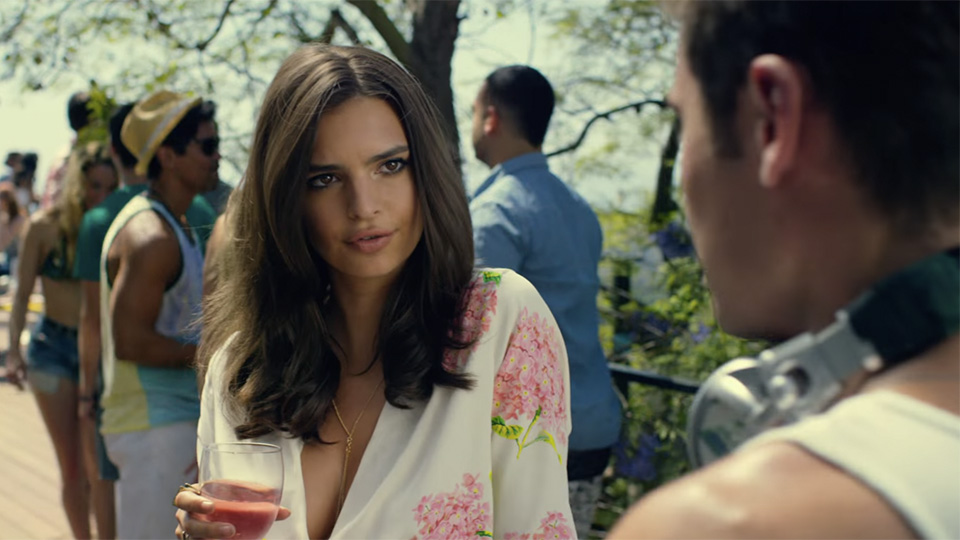 But that’s ok, because, like English forerunners 24-Hour Party People or Human Traffic, it’s all about the music, right? In short, no. Apart from a deeply irritating sequence in which Efron explains straight-to-camera that the music on the dancefloor needs to stay at 128 bpm to match the heartbeat of the dancers, very little insight is offered into either the music or the subculture behind it. So too we get a momentary exploration of drug-taking, but only shortly before an arbitrary side-character dies of a drug overdose and gives Efron the gravitas to finish the song that we’ve long stopped caring about. It’s moronic writing.

Which is a shame. We Are Your Friends feels like it could have been great. Instead, it’s a children’s film made for adults; part of Hollywood’s increasing recognition that Generation Y isn’t growing up anytime soon. Where Justice’s W.A.Y.F. sounded like the start of something new, something fresh; Joseph’s W.A.Y.F. is the same two-dimensional blandness that spring-boarded Efron’s career all those years ago and has dogged it ever since. Frustratingly, director Joseph seems confident the subject matter alone, and the objectification of Efron and Ratanjowski, will sustain a plot with no actual heartbeat of its own.