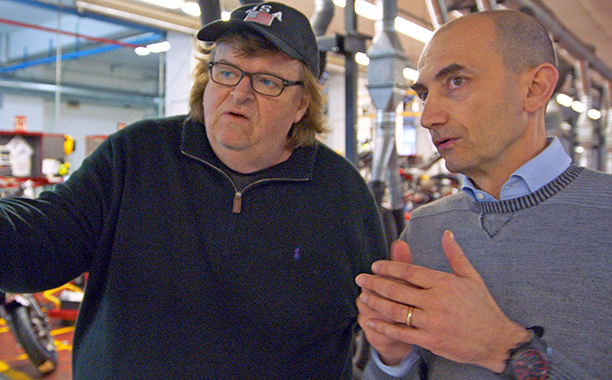 There’s no place like home but most of us don’t have a say in where our home is. There’s a certain irrational dignity associated with the concept of nation. It’s a generalisation, but this sentiment appears to pervade American attitudes in particular, perhaps because of the staggering international cultural presence of the United States. The grass isn’t greener on the other side, even if it is. But though our world may be overloaded with American content, the American Dream may have diminished into little more than a myth.

Documentarian Michael Moore, the man behind Roger & Me, Bowling For Columbine and Sicko, has become optimistic with age. Those films were indictments; of former-GM director Roger Smith, of America’s gun laws and of its health care system. Where To Invade Next is an encouragement, despite Moore’s natural reliance on scorning his home nation in the name of humour. That’s something he hasn’t been to shake in any of his films whether it’s appropriate or not. But Where To Invade Next is more education, not satire. The grass is greener on the other side, Moore suggests, but that’s no reason to keep it that way.

Where To Invade Next is about the state of America, despite the film being geographically grounded in Europe. The difference in civic expectations between nations can be astonishing. Moore visits Italy to investigate their labor laws, France to compare the diets of school students, Finland to probe the disparity between the education systems. A few decades ago, Finland and America were on par in this regard. Now Finland has the most successful education system in the world. 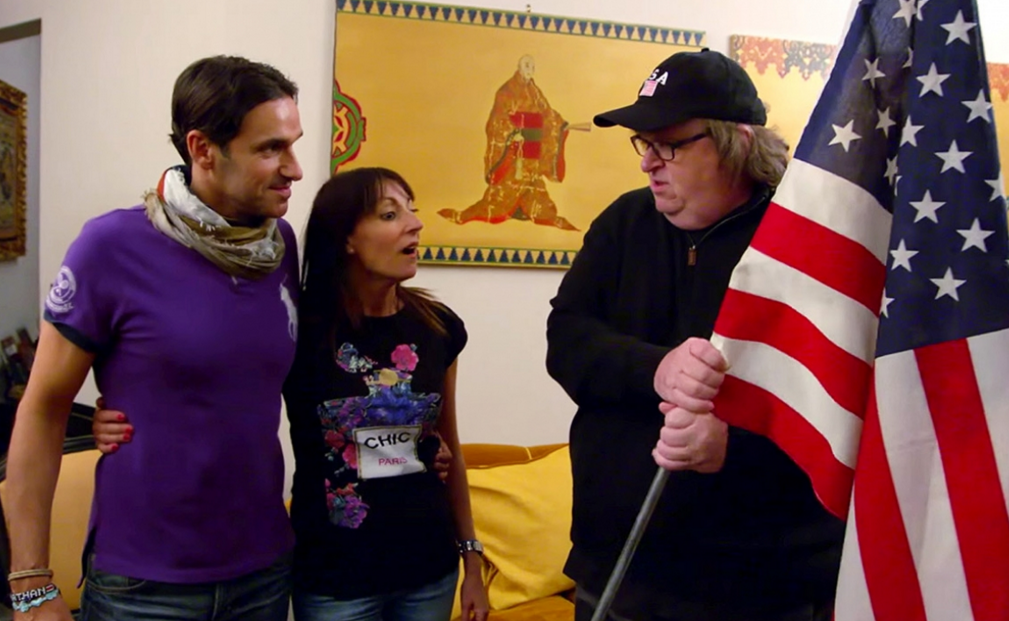 One of the principle issues with many of Moore’s documentaries is that they leave you wondering what information is being left out. By nature, documentary must omit. Film is an inherently deceptive method of conveying information. Nonetheless, Moore has been criticised in the past for withholding or manipulating content to endorse his own perspective. Whether it’s one-sided or not, Where To Invade Next never presents the information at hand as fully realised. “Sure Italy has its own problems, like most countries,” Moore admits, “but my job is to pick the flowers, not the weeds.” Perhaps it’s not so much a problem of Moore picking the flowers and ignoring the weeds but an issue of how he presents those flowers. There isn’t that same sense of natural filmmaking as there was in his most recognised films, such as Bowling For Columbine,

There’s a lot of information to take in and a lot that simply isn’t up for grabs. There’s also the sense that Where To Invade Next might have worked better as a series for television. The content is undeniably compelling, but it’s a skeleton of a larger picture. There are also the pitfalls that traditionally inhibit Moore’s work. On the occasions in which Where To Invade Next degenerates into America bashing, the film is less effective and more thematically chaotic. Moore’s own presence in the film is somewhat unharmonious with the gently hopeful nature that he’s trying to engender. His self-assertive mockery is appropriate when his outlook is more biting, but here it’s just annoying. In one scene, he boisterously shows off his poor French skills to a group of young French students. Their reaction pretty much sums it up. Less of Moore might have been more.

The film is directed toward Americans but there’s universal appeal in the fundamental premise of Where To Invade Next. It’s about improvement. “I’ve turned into this crazy optimistic!” Moore declares toward the end of the film. He cites the recent reappraisal of homosexual marriage laws in the United States as an example of how positive societal change can come about quickly, drastically and unexpectedly. Where To Invade Next isn’t a film about highlighting where America is going wrong. It’s pointing to how a nation can go right.