"To its credit, The Willoughbys is nowhere near as eager to please as something like The Addams Family. "

"There’s a very tactile quality to this animation, almost like it could be stop motion."

In the new Netflix animated feature The Willougbhys, there’s a nanny voiced by Maya Rudolph who nicknames one of her charges “Skinnybones.” She’s not kidding. Young Tim Willoughby (voice of Will Forte) is so thin, he looks like an over-sized head bounding around on a bunch of interconnected toothpicks. His siblings and parents are similarly biologically endowed, though not Rudolph’s character herself, whose proportions are as ample as Tim’s are scarce. Not in a way that would seem like the movie is making fun of her, though. Her heart-shaped, reminds-you-of-Gary Oldman’s-Dracula hairstyle, though? That may be another story. 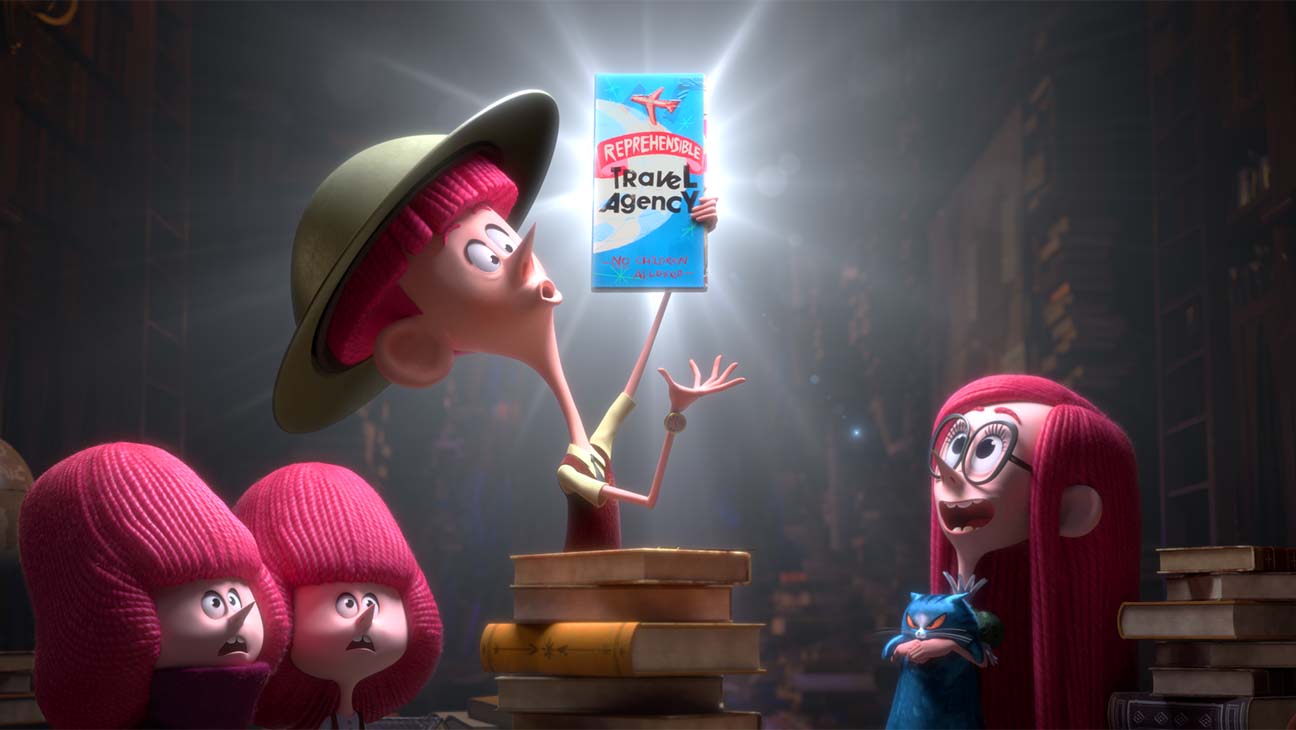 Carnivalesque exaggeration in animation is nothing new, as a certain section of the industry has been heading that way for years. Last year’s The Addams Family – also produced by the Canadian production company Bron – was just the most recent example of an animation style that has its roots in old Edward Gorey illustrations. In fact, the style and production company are not the only thing The Willoughbys has in common with The Addams Family. This is also an eccentric family that spends all its time in a grand Victorian style gothic mansion. Except instead of the loving Gomez and Morticia Addams, these kids have parents who don’t want them at all – and not in some cutesy way that is merely a character affectation waiting to be overturned.

No, the current generation of Willoughby adults – voiced by Martin Short and Jane Krakowski – are basically oblivious to the needs of their children, refusing to feed them anything but the leftovers of the feast they enjoyed the night before, and often sending Tim down to the coal bin for the purposes of undeserved punishment. The fact that they are so negligent could be because they have not inherited the great moustaches of Willoughbys before them, though it’s a personality deficiency that is basically total. This is clearly a family in decline, though the children want to save it from that fate – even if it means orphaning themselves and starting anew.

To its credit, The Willoughbys is nowhere near as eager to please as something like The Addams Family. In fact, it almost doesn’t care if it pleases at all, though it does eventually steer toward more conventional morality. Starting with Ricky Gervais as a blue narrating cat, it presents its acerbic sensibilities up front. This is a movie in which blithely malevolent parents don’t care if their children live or die, and the children send their parents on an all-expenses-paid trip that is also very dangerous – hoping that one of the trip’s hazards will claim them. It doesn’t feel quite as bleak as it sounds, but it does paint a good picture of this movie’s different stripes.

As much as one would love to reward this movie for its boldness in eschewing conventional sympathies, it makes for a pretty strange watch. Some of the children are even pretty irredeemable, as the protagonist should not be the amoral Tim but rather his optimistic sister Jane (Alessia Cara). The relationships that go through the conventional story arcs are with surrogate parents (the nanny and a man who runs a candy factory, voiced by Terry Crews) rather than actual ones. And while a modern family unit may not have to include actual parents, as that does not mirror some children’s realities, it never stops feeling weird that this movie seems content to give up on this particular set. 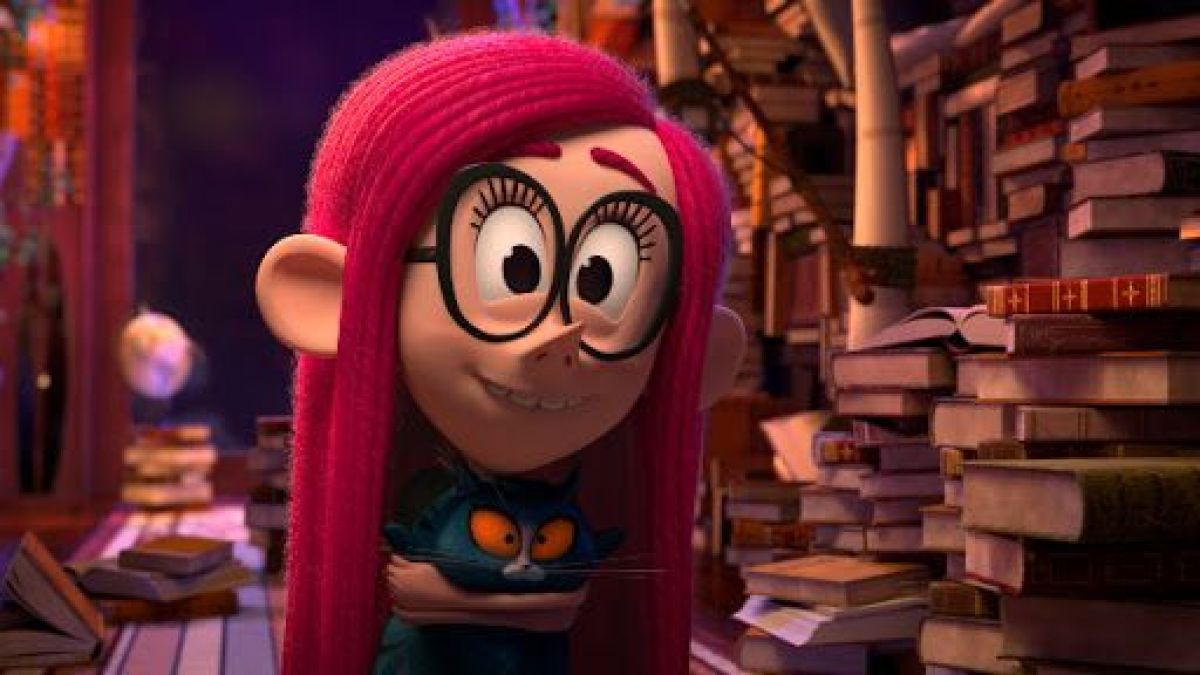 As a narrative, it’s kind of all over the shop as well. Not only is there the bit about the parents being on an extended holiday, but then they also decide to sell their house while they are on holiday, and then there’s an adventure launched by the children that involves a dirigible made of lollies. That sounds more joyful and satisfying than how it actually plays out.

A saving grace is the animation. While this “carnivalesque exaggeration” may not seem fresh in its own right, the particular approach of The Willoughbys has a certain distinctiveness to it. There’s a very tactile quality to this animation, almost like it could be stop motion. The Willoughbys have pink hair that possesses the quality of yarn, and that quality suffuses the whole production design. Gervais’ cat narrator is especially nice looking. 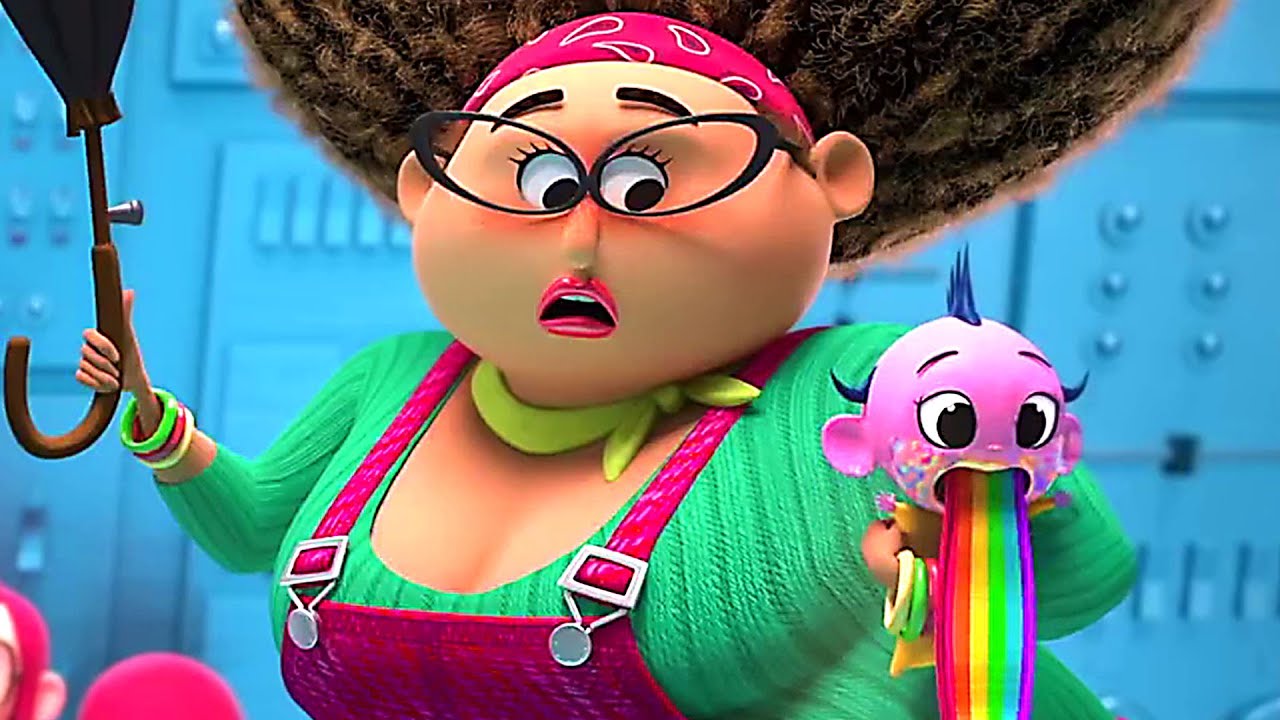 In terms of providing something for the kids to do during coronavirus, though, The Willoughbys may be a miss. Director Kris Pearn et al didn’t make the movie for this eventuality, of course – they made it presumably as an attempt to adapt an existing property (Lois Lowry’s book) that gave the animators a chance to strut their stuff. The fact that it won’t quite entertain kids and it won’t quite entertain adults, though, means there’s a limit to its usefulness, during a pandemic or otherwise.