"LA is filmed not as a city of sunshine but rather of grey skies, of metal trucks navigating sparse docks."

"The result nods heavily to the tone and gravitas of Michael Mann’s Heat as well as Heat’s spiritual successor, The Dark Knight."

Wrath of Man is a remake of the 2004 French film Cash Truck. It is also Guy Ritchie’s best film since Rock n’ Rolla, possibly Snatch, a welcome reinvigoration of the hard-boiled revenge genre and Jason Statham’s toughest film in years.

Statham plays H, an enigmatic new employee working for a security business tasked with transporting millions of dollars across downtown LA in armoured vans. It’s dangerous work; the film opens with an armed hold-up of a van that goes fatally wrong. From the moment of H’s introduction we know he is no ordinary joe. He plays down his combat expertise to fit in with colleagues Bullet (the always excellent Holt McCallany) and Boy Sweat Dave (Josh Hartnett, out of retirement). But when their van is also hijacked and H fights back, it’s clear that he is a man with – to borrow a phrase – a very particular set of skills. Just what it is that motivates H, and drives his revenge, become the core subjects of Wrath of Man – which borrows liberally from other great films of vengeance; Man On Fire and Oldboy, to name a few.

So what makes this archetypal set-up any different from the many, many other Neeson and yes, Statham vehicles in which a seemingly invincible monosyllabic protagonist carves his way through legions of hapless bad guys? Part of the answer is that Wrath of Man is beautiful to watch. LA is filmed not as a city of sunshine but rather of grey skies, of metal trucks navigating sparse docks. Doors slam, boots crunch, guns fire loudly; but all to the film’s internal rhythm which is focused squarely on keeping up the tension.

We know that Guy Ritchie has a penchant for hyper-edited, wink-at-the-camera smuggery (see The Gentlemen), but in Wrath of Man, there’s a sense that events actually matter. The result nods heavily to the tone and gravitas of Michael Mann’s Heat as well as Heat’s spiritual successor, The Dark Knight. To this end, praise must go to the astonishing original music by Christopher Benstead; essentially a recurring motif that acts as a chorus line to the film’s escalating mayhem.

And what mayhem that is. As the film progresses, it introduces a variety of perspectives on the moment that van is ambushed. We meet crew leader Jackson (Jeffrey Donovan) and Jan (Scott Eastwood), who have their own reasons for robbing that van and thereby provide a counterfoil to H’s straightforward revenge plot. 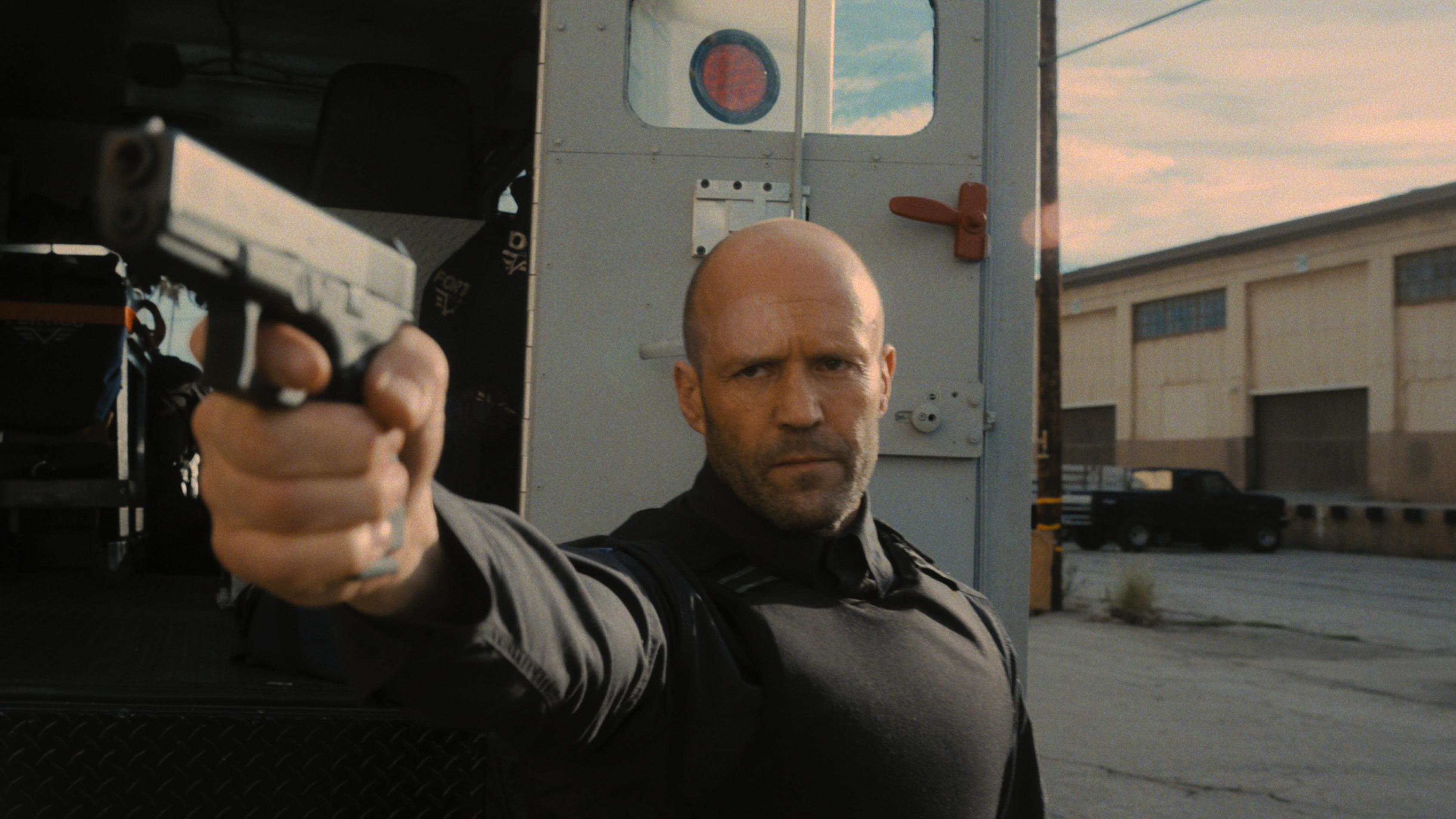 Not every plot contrivance holds together, and it would be a stretch to say that Wrath of Man is overly concerned with the moral implications of violence begetting violence, but there is – similar to 2015’s Green Room – a sense that these characters are trapped in the worlds they’ve created, with death their only salvation. And there’s a lot of salvation indeed.