There’s been a regrettable trend in cinema over the past decade toward the extreme use of handheld camerawork. Katherine Bigelow’s most recent film Zero Dark Thirty doesn’t reach the abysmal lows of Paul Greengrass’ visually perplexed Green Zone (2010), but it is another example of how erratic images can confuse and separate the viewer from the action. In theory, I’m not against the use of handheld cameras, as long as there’s a certain degree of stylistic logic behind the choice. Zero Dark Thirty documents the almost decade long hunt for Al Quaeda leader Osama Bin Laden. It’s such a labyrinthine undertaking I doubt the disorientating use of handheld camerawork was necessary.

Luckily, Zero Dark Thirty is intrinsically compelling, thanks to its remarkable subject matter. The war on terror and the manhunt for Bin Laden loomed over the entire world for the past decade. It must have dominated the lives of thousands of people. Most of Zero Dark Thirty is told from the point of view of young CIA Agent Maya (Jessica Chastain) and represents itself as being a fairly accurate dramatisation. I can’t speak for the film’s historical exactness but I think it’s probably more appropriate to view the film as thriller fiction. It would be a miraculous effort to produce a movie that justly depicts the incredibly intricate operation of the Bin Laden manhunt. 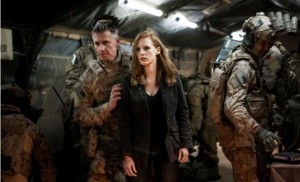 Maya is most certainly a fictional character, apparently loosely based on real life CIA operative Jennifer Matthews. We first meet her in 2003, the entirety of her brief career having been focused on intelligence regarding Bin Laden. Maya is witness to and eventually becomes involved in the torture of key prisoner Ammar. The film isn’t, as many have claimed, pro-torture. The waterboarding scenes are horrific and it’s never suggested that those conducting the torture are doing the right thing. Zero Dark Thirty wisely steers clear from judgement on most of the characters and action. Opinions are inappropriate for a film like this and would only serve to damage the filmmakers’ integrity. Zero Dark Thirty isn’t pro-anything, it’s just a story. From most accounts, torture was used during interrogations of Al Quaeda operatives. That doesn’t mean it’s a good thing.

There are other characters, particularly Dan (Jason Clarke) who helps bring Maya into the world of field-work and becomes one of her closer professional companions. But the film is Chastain’s, the story really about Maya and her single-minded drive for Bin Laden. I’m guessing many people in the Intelligence line of work don’t find it a life conducive to socialising or romance. At one point, Maya is asked ‘Do you have any friends at all?’. Jennifer Ehle as Jessica is also important as the only other female in a completely male dominated world. 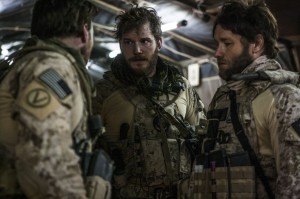 Unfortunately, the clarity of narrative suffers under the weight of the story’s inherent complexities. All the key players and events are well handled but the fine details are swept under a matt of CIA jargon and references to people and procedures we probably won’t know. It takes a skilled filmmaker to present complicated ideas to the audience coherently and unfortunately Bigelow doesn’t quite master it here. There must have been a mammoth amount of research on Bigelow and screenwriter Mark Boal’s part, it’s just not presented in an interesting way. Ultimately, we’re left with the impression that many scenes are completely redundant.

Much of the fault lies in Bigelow’s decision to employ the use of handheld camerawork, which just serves to make many of the locations and characters unclear. There is already enough going on for thoughtless camerawork to complicate things. The eventual (I don’t think I’m giving anything away here) raid on Bin Laden’s compound is exciting, but much of the action is nearly impossible to make out. It’s a distinct form of cinema but I’m unsure whether it’s a indispensable one in Bigelow’s film.

Zero Dark Thirty isn’t a bad film, it’s just a misguided one. Those who have enjoyed the handheld camera era will probably find more in Bigelow’s film than I did. I found the director’s style impossible to reconcile with the complexities of the narrative.