"It is a film that suggests the empowerment of women only to swindle its protagonists out of much of that power. "

"The widows are proxies for the men who left them behind."

It may be called Widows but shadows of deceased husbands loom large over Steve McQueen’s new film. It is a film that suggests the empowerment of women only to swindle its protagonists out of much of that power. There is something refreshing about watching a film in which women perform duties that are, in popular culture at least, usually relegated to men. But think about Widows too much and you may come to the realisation that the men are still pulling the strings whether McQueen knows it or not.

Viola Davis is Veronica, the widow of the recently deceased Harry (Liam Neeson). Harry was successful career criminal until a botched job resulted in his death plus the deaths of three of his regular colleagues. Simple maths and an appreciation of how these things go, narratively speaking, will lead us to the conclusion that there are four widows all up. 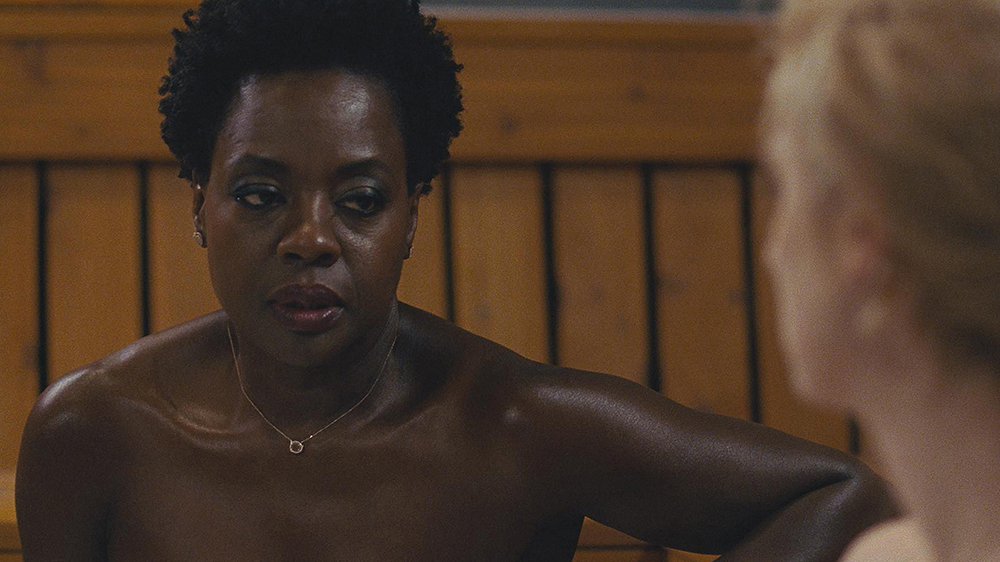 That’s Veronica, Linda (Michelle Rodriguez), Alice (Elizabeth Debicki) and Amanda (Carrie Coon) – all left destitute and desperate as a result of their partner’s death. Threatened by a local hoodlum who Harry stole from , the widows realise that they are in desperate need of cash, and fast.

Harry posthumously bequeaths his notebook to Veronica, handily filled with details about his next job. Harry is, was, meticulous, we are informed, and lucky he is too because that means Veronica simply needs to follow his instructions in order to execute the heist and obtain the money she needs. This is one of a number of instances in which Widows robs its female characters of function. The widows are proxies for the men who left them behind.

I have always found McQueen to be a shallow filmmaker. Undoubtedly blessed with an intuition for slickly compiled cinema, the director has always lacked real comprehension for his subject matters. His other three films, 12 Years a Slave, Shame and Hunger engaged with compelling material but ultimately had little to say.

12 Years a Slave, for all its graphic depictions of the atrocities of slavery, ultimately had no intellectual or emotional insight into those atrocities. He sells his subjects short by relying on the inherently interesting things about them, bringing nothing to his films other than a keen eye for a glossy looking shot and a polished aesthetic. 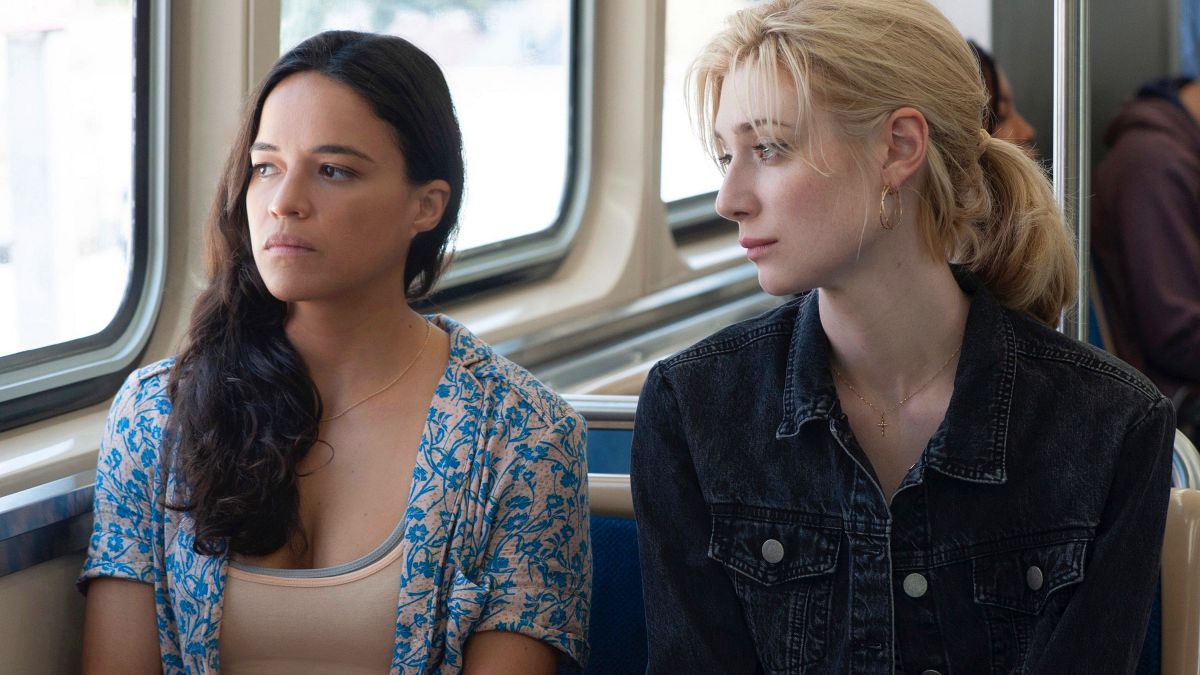 I had thought perhaps that McQueen might be better served by a film like Widows. It is largely a heist film, told in a straightforward manner. The obligation to have something to say isn’t as fundamental here so much as it arguably is in a film about slavery or sex addiction. And largely, McQueen is better suited to this kind of material. His slickness suits the pulpy nature of Widows and there are a number of well-assembles scened littered throughout the film.

But McQueen’s technical proficiency is marred by narrative ridiculousness – the sort of flimsy plot developments that hinder some of the worst of this genre. And the genre is a tired one, something that Widows never overcomes. The film is littered with tropes and lines we’ve heard before. The single novelty of seeing a group of women pull of this sort of heist instead of men becomes less novel when you think about how messed up it is that it is even novel in the first place. And McQueen never treats it as more than a novelty, which is a significant issue. 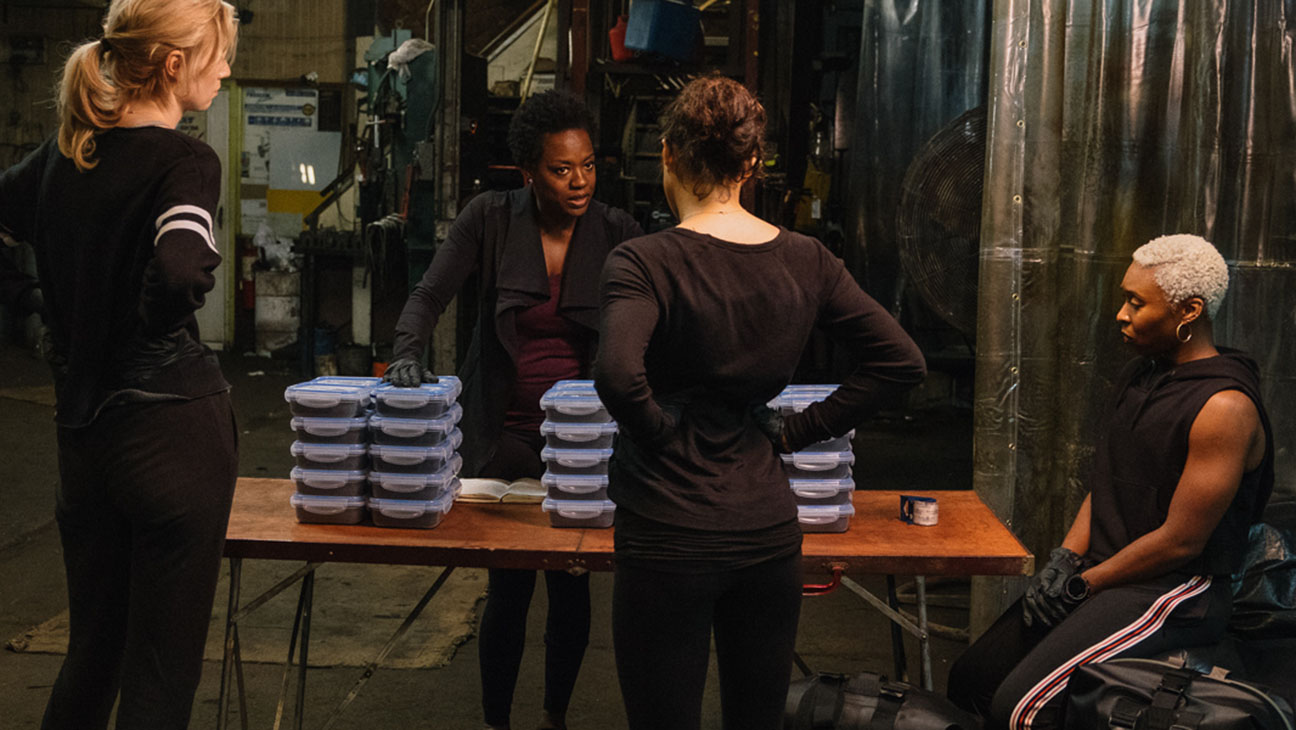 Widows is teaming with detached societal observations that McQueen includes with no real sense of purpose to the plot or illumination regarding any moral themes the director may have in mind – a clip of an interview with Albert Woodfox (who was held in solitary confinement in Louisiana for forty-one years), a minor subplot involving an African American teenager being shot by police, a passionate speech from an African American pastor about the state of the nation – but McQueen either doesn’t know what he’s trying to say or doesn’t have anything to say but wants to say something regardless. Either way, the social commentary does not served his film well.

There are a number of winning elements in this film, particularly the performances by Debicki and also Daniel Kaluuya as a sadistic enforcer. Widows is not a bad film but it is another pedestrian entry into a filmmaker that has gotten more credit for being interesting than he deserves.