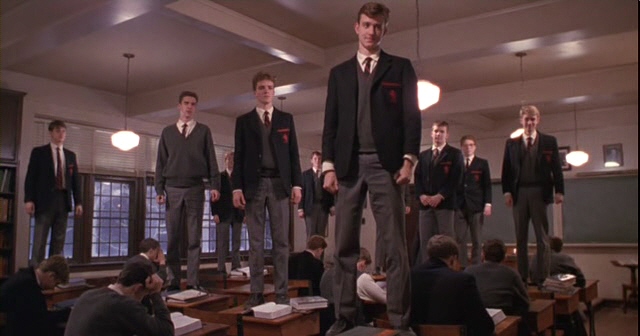 Back during the production of Dead Poets Society, the poets themselves decided to seize the day by taking a break from filming to head to New York and audition for a role in the film DAD. Ethan Hawke eventually got the role but Robert Sean Leonard, Dylan Kussman, Josh Charles, Gale Hansen, James Waterston and Allelon Ruggiero went along to have a crack as well. They filmed everything and the footage was recently edited together by Kussman. It’s a nice look at how the cast clicked offscreen just as much as they did in the film.