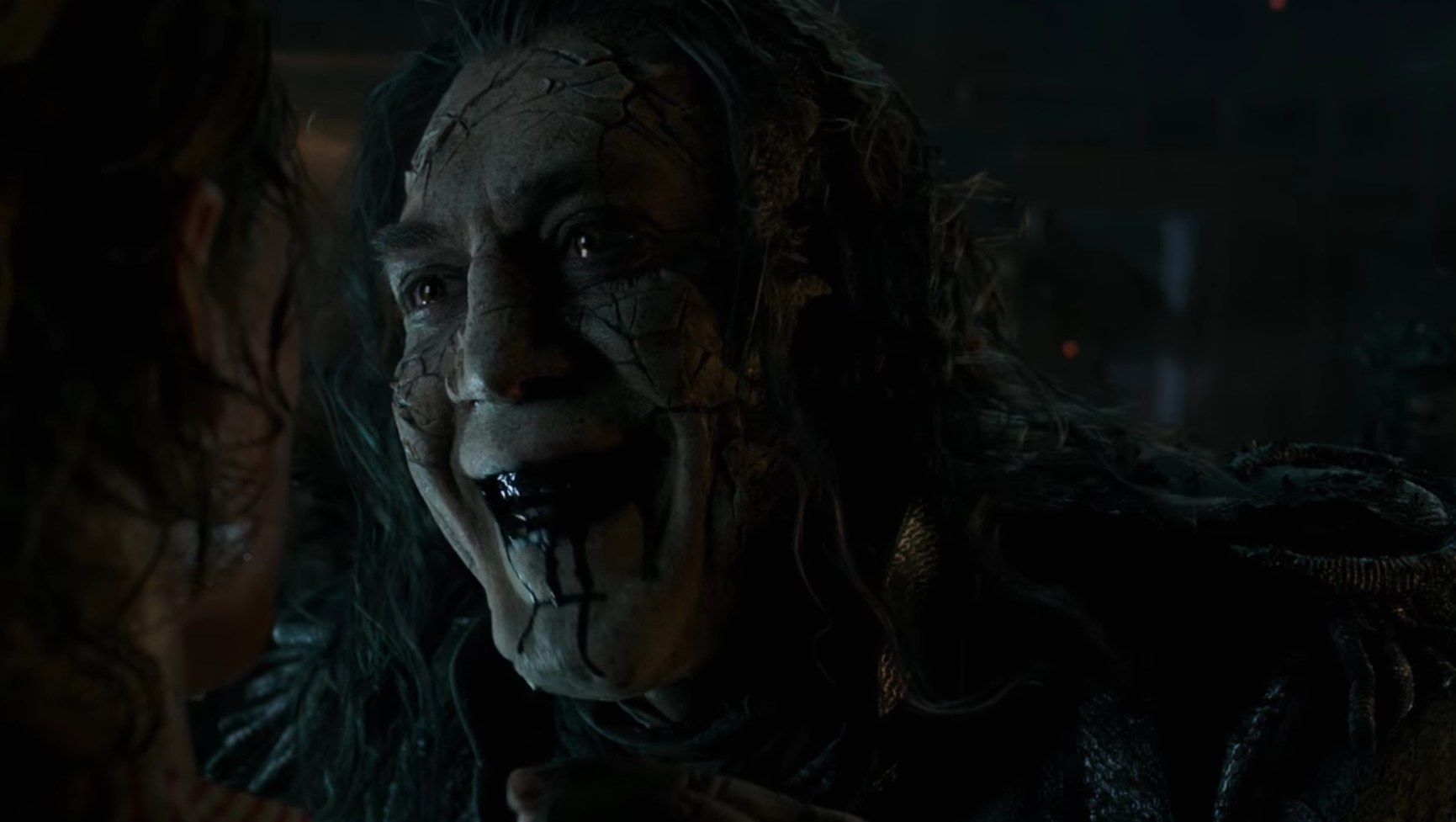 A lot of people jumped ship (lol) from the Pirates Of The Caribbean saga after the atrocious third instalment. Some might have jumped ship after the mediocre second instalment or the very forgettable fourth instalment. Maybe even the entertaining first instalment didn’t float a few peoples’ boats (lol). Anyway, now there’s a new one coming and it looks like it’ll be sailing (lol) through familiar territory. How many cursed pirate baddies with vendettas against Captain Jack Sparrow can there really be?

The title of the newy is Pirates Of The Caribbean: Dead Men Tell No Tales, which is difficult to say once slowly, let alone ten times quickly. Johnny Depp is back, seemingly content in wearing one of his most popular characters down to a nub. Series regulars Orlando Bloom, Geoffrey Rush and Kevin McNally are back, as are a few newcomers, such as lots of times bad guy, Javier Bardem, sometimes boring character person, Brenton Thwaites, and one time Skins actress, Kaya Scodelario. Yo ho ho, and a bottle of looks the same as the others.

“Captain Jack Sparrow is pursued by an old rival, Captain Salazar, who along with his crew of ghost pirates has escaped from the Devil’s Triangle, and is determined to kill every pirate at sea. Jack seeks the Trident of Poseidon, a powerful artifact that grants its possessor total control over the seas, in order to defeat Salazar.”

Pirates Of The Caribbean: Dead Men Tell No Tales stars Johnny Depp, Kaya Scodelario, Orlando Bloom, Javier Bardem, Geoffrey Rush and Kevin McNally and is set for release in May, 2017.