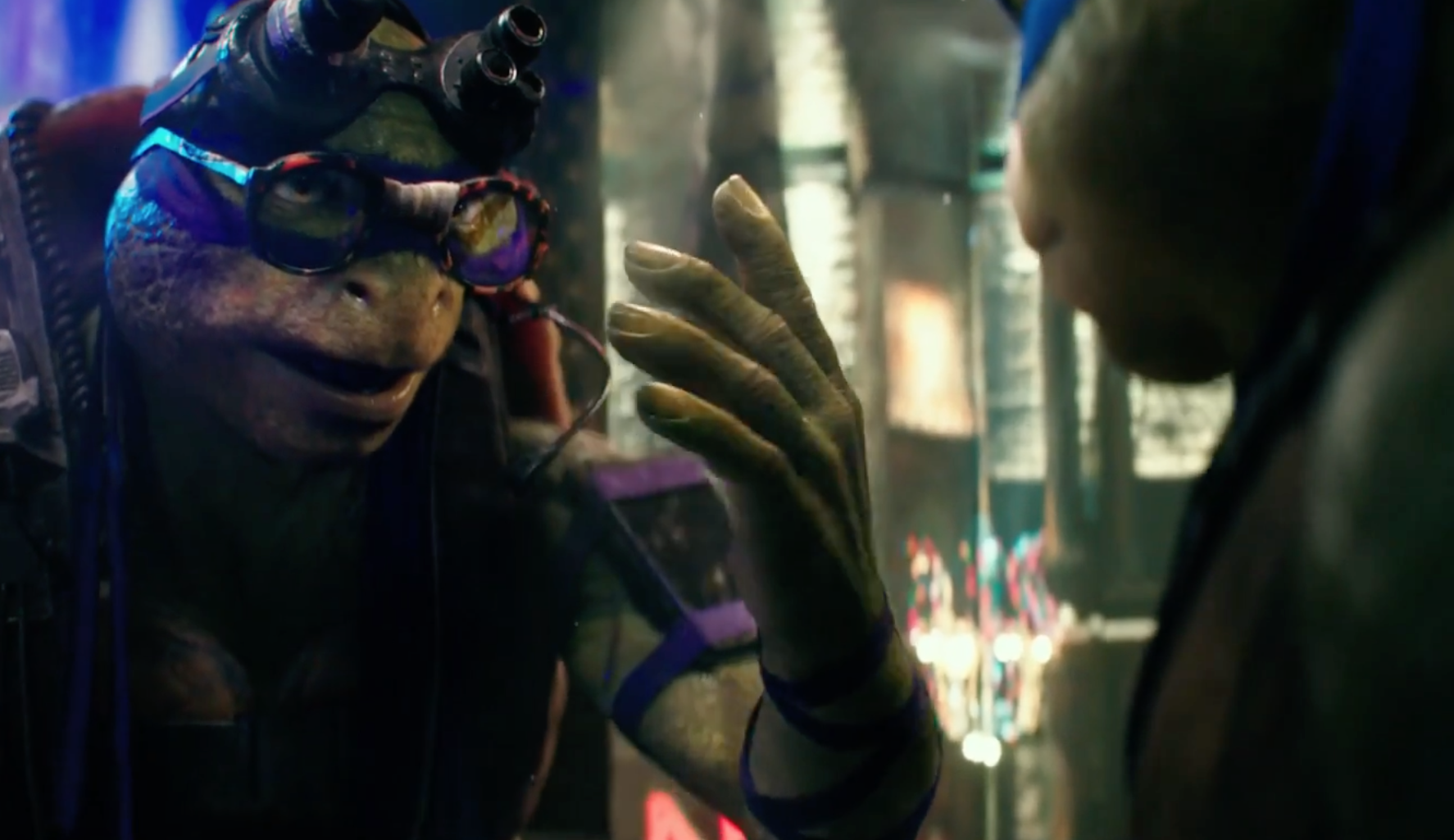 Another sequel that nobody asked for to a film that nobody really liked. Teenage Mutant Ninja Turtles hit cinemas back in 2014 with a dull thud but, because of thing, we’re being treated to another one. Teenage Mutant Ninja Turtles: Out Of The Shadows is something we don’t care if we see or not. A lot. Let’s all take a moment to reflect on the fact that Michael Bay is probably sitting next to his pool, as his mansion, sucking back on a chunky Cuban cigar, while his supermodel girlfriend feeds him caviar.

Why do the turtles have human noses? That question, and many more, will almost definitely not be answered when this film is released later this year.

“The Turtles come into conflict with T.C.R.I. scientist Dr. Baxter Stockman, the Foot Clan and the return of their enemy, The Shredder, who has hired Stockman to create mutants of his own in the form of Bebop and Rocksteady. Meanwhile, an invasion above New York City is led by the Dimension X inhabitant known as Krang. The Turtles are joined in the fight with Splinter, and their human friends April O’Neil, Vern Fenwick and the vigilante Casey Jones.”

Teenage Mutant Ninja Turtles: Out Of The Shadows stars Megan Fox, Stephen Amell, Will Arnett, William Fichtner and Tyler Perry and is set for release in May, 2016.