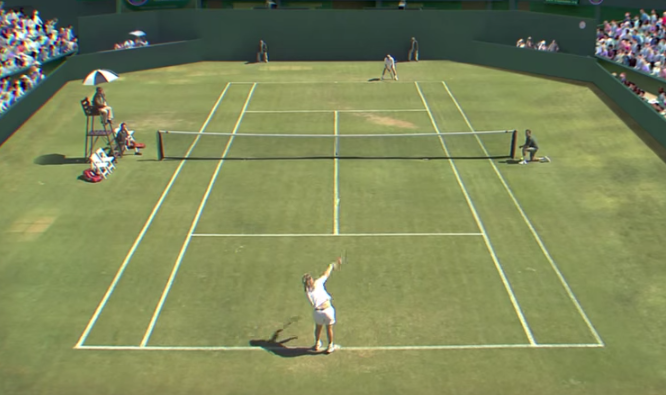 Jon Snow was funny earlier this year. Now he’s doing it again. Tennis isn’t a subject that pops up in film very often. As soon as we typed that last sentence, we thought of three immediately – Match Point, Wimbledon and Strangers On A Train. Goes to show how you can be very stupid one second and then all of a sudden extremely smart the next second. It’s hard to say whether 7 Days In Hell will be funny, but we certainly hope it will be considering how decidedly unfunny most comedies are.

“A fictional documentary-style expose on the rivalry between two tennis stars who battled it out in a 2004 match that lasted seven days.”