Anarchy in the not UK! 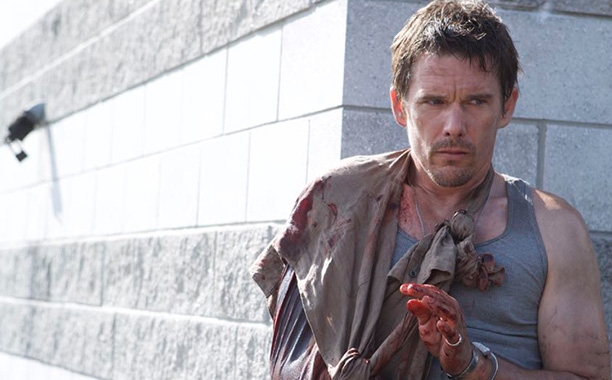 Anarchy was previously called Cymbeline, which is a better title than Anarchy but not by much. It was called Cymbeline because it was based on the Shakespeare play of that name. Writer/director Michael Almereyda is certainly no Shakespeare, despite this being his second adaptation of the Immortal Bard’s work (the first was 2000’s Hamlet, also starring Ethan Hawke). Almereyda has managed to nab a reasonably prolific cast, including Hawke, the perpetually watchable Ed Harris and the future 50 Shades of Grey Star Dakota Johnson. Anyway, here’s the trailer.

“Anarchy unfolds amidst an epic battle between dirty cops and a drug dealing biker gang, set in a corruption-riddled contemporary America. In the style of Baz Luhrmann’s Romeo + Juliet, Anarchy is a fresh take on a universal story of love, betrayal and revenge.”