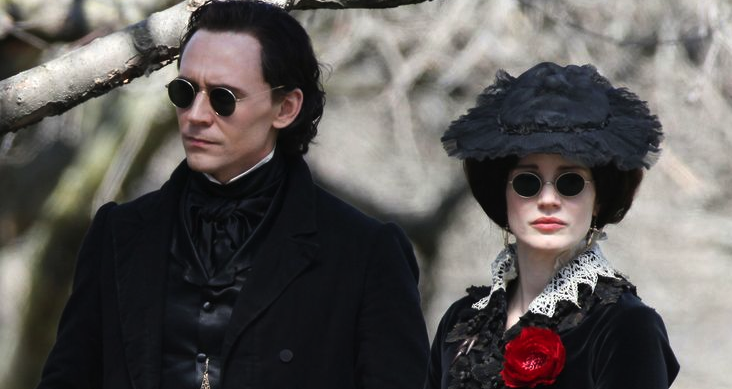 Does Guillermo Del Toro’s imagination outstrip his storytelling abilities? That’s the real question. Was Pan’s Labyrinth really as good as you think it was? There’s another question for you? Was Pacific Rim awful? Yes Is Hellboy 2 awesome? Yes. Without further ado, let us present the new trailer for Del Toro’s latest film, Crimson Peak, a film which looks like it’ll be a jolly blend of Pan’s Labyrinth and The Devil’s Backbone but might not be that at all.

“Set in Cumbria, in a crumbling mansion in a largely rural and mountainous region of northern England in the 19th century, young author Edith Cushing discovers that her charming new husband Sir Thomas Sharpe is not who he appears to be.“