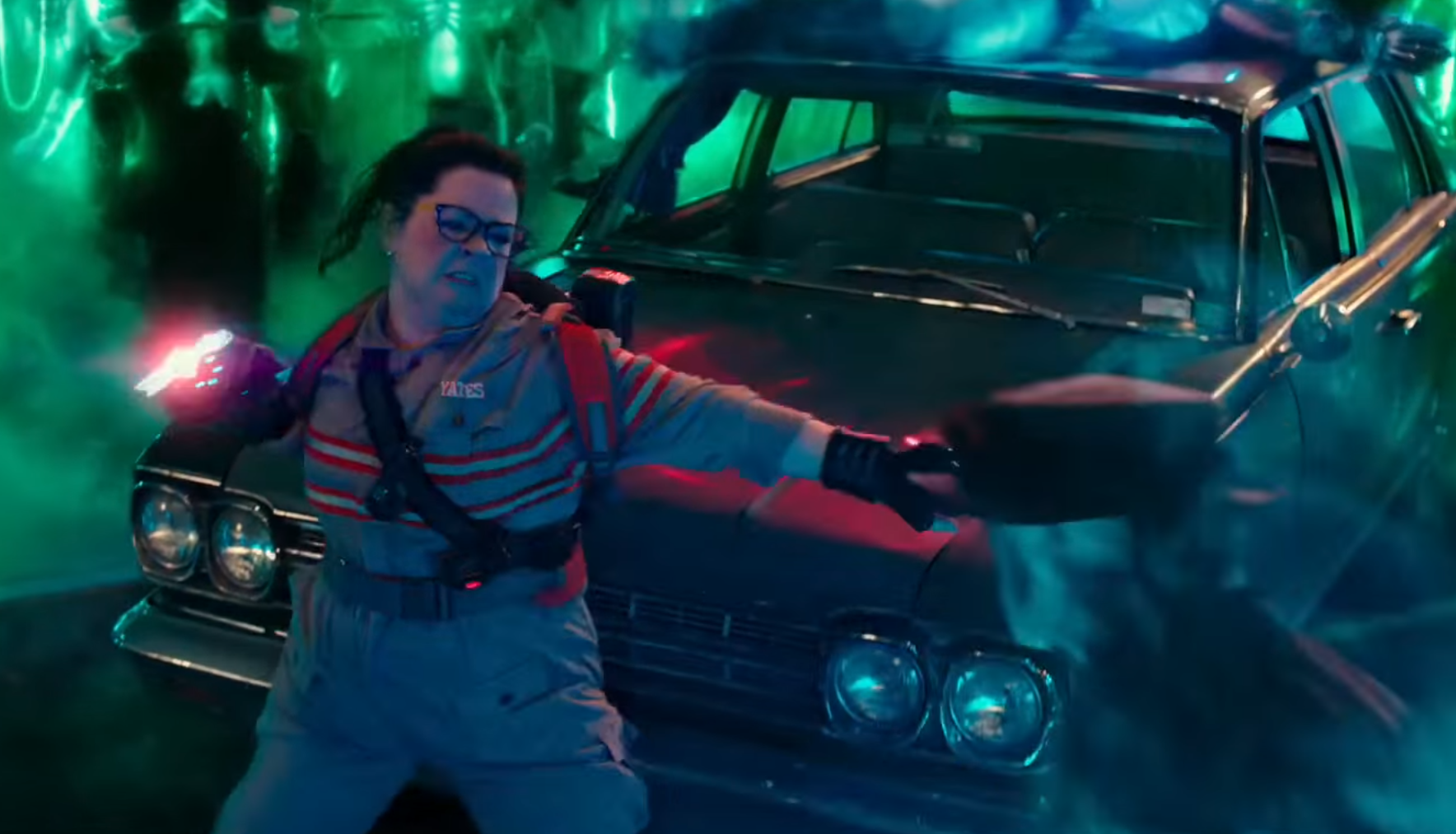 The film begs the question of why anyone would think it’s a good idea – monetary benefits aside – to remake Ivan Reitman’s 1984 original. But then, we’re in an age of Dumb and Dumber To and Zoolander 2 and Anchorman 2 and the Vacation remake. The times, they are a gettin’ grimmer.

“Erin Gilbert and Abby Yates are a pair of unheralded authors who write a book positing that ghosts are real. A few years later, Gilbert lands a prestigious teaching position at Columbia University, but her book resurfaces and she is laughed out of academia. When ghosts invade Manhattan, Gilbert reunites with Yates, teaming up with a nuclear engineer, Jillian Holtzmann, and a subway worker, Patty Tolan, to save the world from a mysterious evil and powerful demon known as Rowan who can exercise control over human forms.”