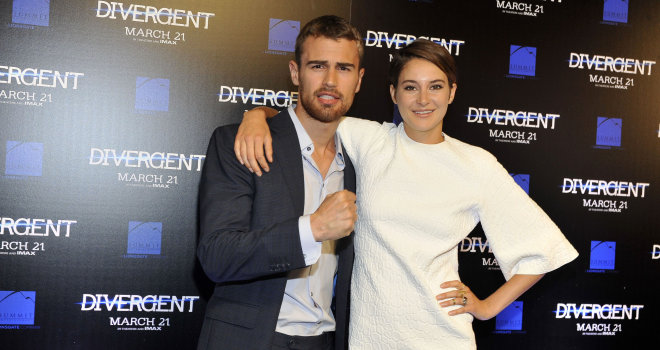 We probably didn’t need an adaptation of Veronica Roth’s Y/A novel Divergent, let alone the upcoming sequel Insurgent, but then that’s just how the pea and ham soup crumbles sometimes. Miles Teller, one of the stars of Divergent (and Insurgent. They’re quite satisfying words to type), recently made the comments that he felt dead inside while filming the movie, which is odd because that’s exactly how we felt watching it. Those sort of remarks sure won’t make him many friends in Hollywood, but we like the fella, so we’ll just see how all that pans out. Anyway, this new trailer for Insurgent has a burning, floating house.

As she searches for allies and answers in the wake of the uprising, Tris and Four  are on the run. Being hunted by Jeanine Matthews, the leader of the Erudite faction, Tris and Four will race against time as they try to figure out what Abnegation sacrificed their lives to protect, and why the Erudite leaders will do anything to stop them. Haunted by her past choices but desperate to protect the ones she loves, Tris faces one impossible challenge after another as she unlocks the truth about the past and ultimately the future of her world.