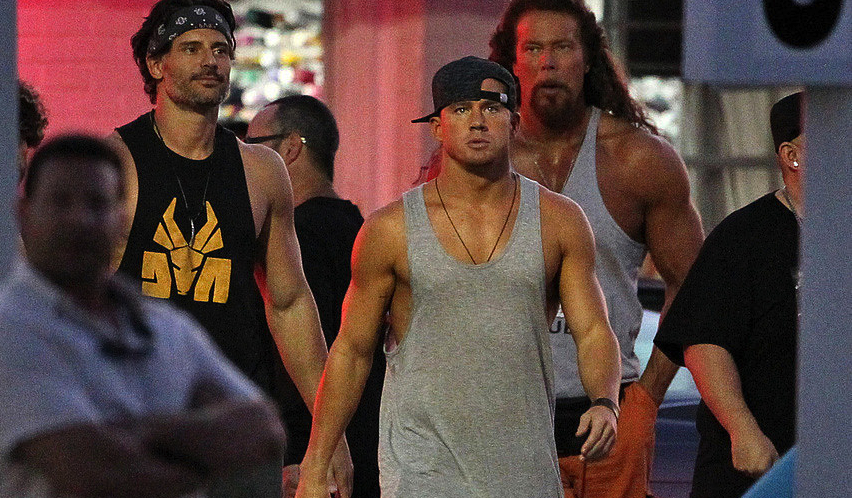 Magic Mike was awesome, despite it making a lot of us fellas feel rather sheepish about enjoying. This brand new trailer for the sequel, Magic Mike XXL certainly panders to those people out there who enjoyed the original because of abs rather than filmmaking, but it’s too late for us – we’re already to involved in Mike’s story not to watch it. Steven Soderbergh, the director of the original, is handing over the reins to Gregory Jacobs, but Soderbergh has remained on board as Executive Producer and Director of Photography. ‘Pony’ by Ginuwine is always good. It’s never bad.

“The strippers take a road trip from Tampa to Myrtle Beach for a stripping convention.“