Guardians of the Enterprise. 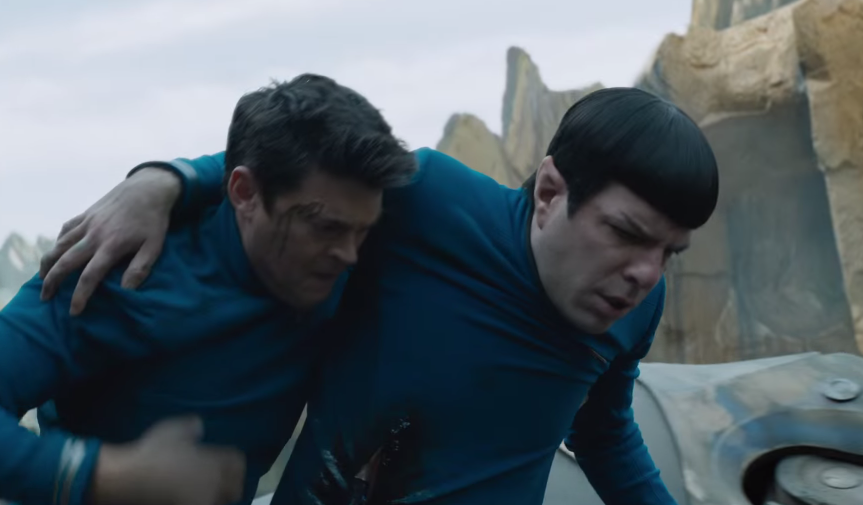 Star Trek and Star Wars will be forever compared. The fact that this trailer for Star Trek Beyond has dropped the same day as the Los Angeles premiere of Star Wars: The Force Awakens will do nothing to dampen those comparisons.

And yet, this trailer feels more like Guardians of the Galaxy than either Star Wars or Star Trek. Star Trek hasn’t really felt like Star Trek for a very long time. Also, Kirk’s interest in the Beastie Boys is surely meant to give him a bit of a bad boy image within this new series of films, but considering Star Trek is in the future, it’s kind of like him liking Beethoven or Mozart.

Remember The Wrath Of Khan? That was a great film