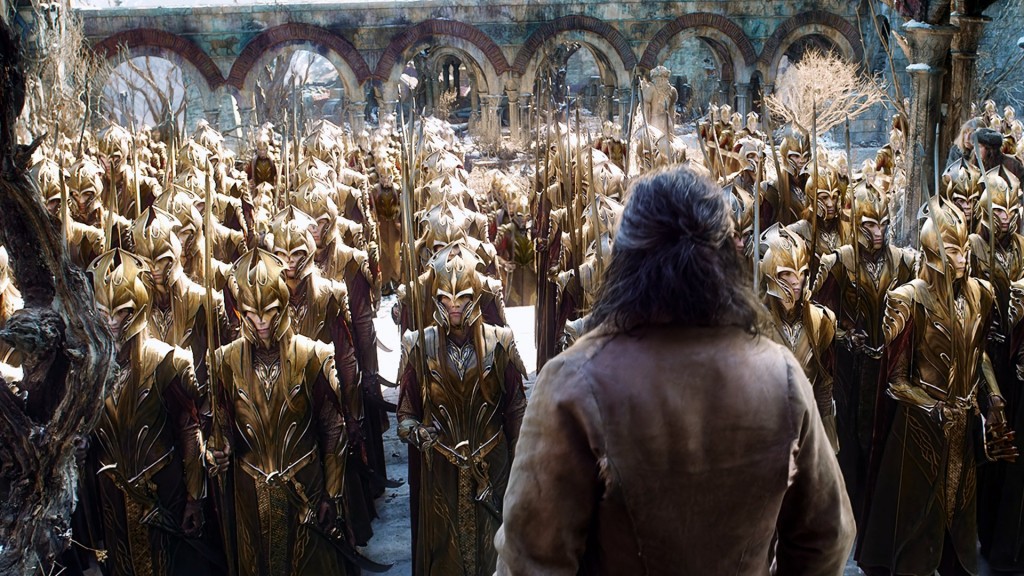 Peter Jackson seems like such an amiable, decent fellow, so we feel terrible about saying any unkind words about him – but The Hobbit movies have hardly been masterpieces. By that, we sort of mean there wasn’t much good about them at all. Judging from this latest trailer, the last instalment in the trilogy, entitled The Battle of the Five Armies, will continue that unfortunate trend. It’s a shame, because he’s sort of just proved all the people who said three Hobbit movies was a bad idea right, when it really could have been done wonderfully. By now, it’s safe to say that Thorin Oakenshield’s prosthetic nose is the most annoying prosthetic nose we’ve ever seen.

“Bilbo Baggins, Thorin Oakenshield, and his Company of Dwarves have unwittingly unleashed a deadly force into the world. Enraged, Smaug rains his wrath down upon the men, women, and children of Lake-town. Meanwhile, unseen by almost everyone but the wizard Gandalf, the enemy Sauron has returned to Middle-Earth and has sent forth legions of Orcs in an attack upon the Lonely Mountain.”