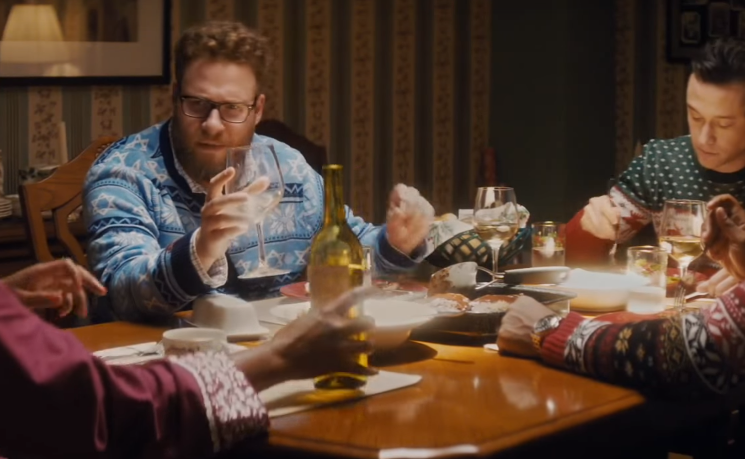 Seth Rogan sure does a lot of drugs in his movies. But then, who are we to begrudge the man a mushroom trip or two? Here is the brand spankin’ new trailer for The Night Before, from director Jonathan Levine. The last time Levine, Rogan and Joseph Gordon-Levitt got together, the result was 50/50, which is a wonderful film. The first trailer for The Night Before had us all suss’n’shit but this one has got us vibin’.

“Fourteen years prior, Ethan’s parents passed away on Christmas Eve. His two best friends, Isaac and Chris, have been with him in support on this night by having an annual tradition of going out on Christmas Eve. However, because Isaac is going to be a father and Chris has become famous, all three decide to have one last Christmas Eve out in New York City.”