You blew it all up! 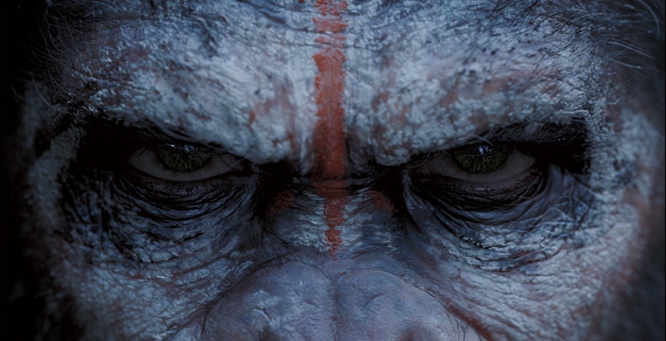 Nobody was ever expecting Rise of the Planet of the Apes to be good. But then it was good, which threw everybody off for a few months. Then news trickled in that a sequel, entitled Dawn of the Planet of the Apes was coming, and the filmmakers certainly weren’t monkeying around. RotPotA director Rupert Wyatt has decided not to return to the franchise, so Cloverfield and Let Me In director Matt Reeves is taking over.

“A growing nation of genetically evolved apes led by Caesar is threatened by a band of human survivors of the devastating virus unleashed a decade earlier. They reach a fragile peace, but it proves short-lived, as both sides are brought to the brink of a war that will determine who will emerge as Earth’s dominant species.”

The film stars Gary Oldman, Andy Serkis, Jason Clarke and Keri Russell and is set for release on July 11th, 2014.