Jacob Harris is a talented filmmaker based in Melbourne. His film, Three Poems, won the inaugural Audience Choice award at the 2013 ReelGood Film Festival. His latest film, The Spirit, will be playing at MonsterFest this year. We got the chance to talk to Jacob about his experiences in independent filmmaking.

What first got you interested in filmmaking?
I’m a very sentimental person – filmmaking is a good medium to encapsulate thoughts and feelings of a particular time and place. Throughout my childhood in Tasmania I always felt this strange longing to be part of the rest of the world. I always wanted to document it, but didn’t have the means to do so.

Tom Tykwer’s ‘Lola rennt’ (‘Run Lola Run’) was the film that made me want to make films, though I haven’t revisited it for many years. Recently I’ve been inspired by Krzysztof Kieślowski’s work. I love the intimacy between Kieślowski’s characters – ‘Podwójne życie Weroniki’ (‘The Double Life of Véronique’) is a remarkable film.

What element of filmmaking do you enjoy the most?
I do a lot of freelance videography in my day to day, and operate Colourdesk as a colourist out of Kewl Studio in Clifton Hill. I take great pleasure in writing and directing, which are the very reasons I began making films. I’ve also worked as an editor and as a cinematographer for lifestyle television. I have honestly loved each of these roles, and the entire filmmaking process. 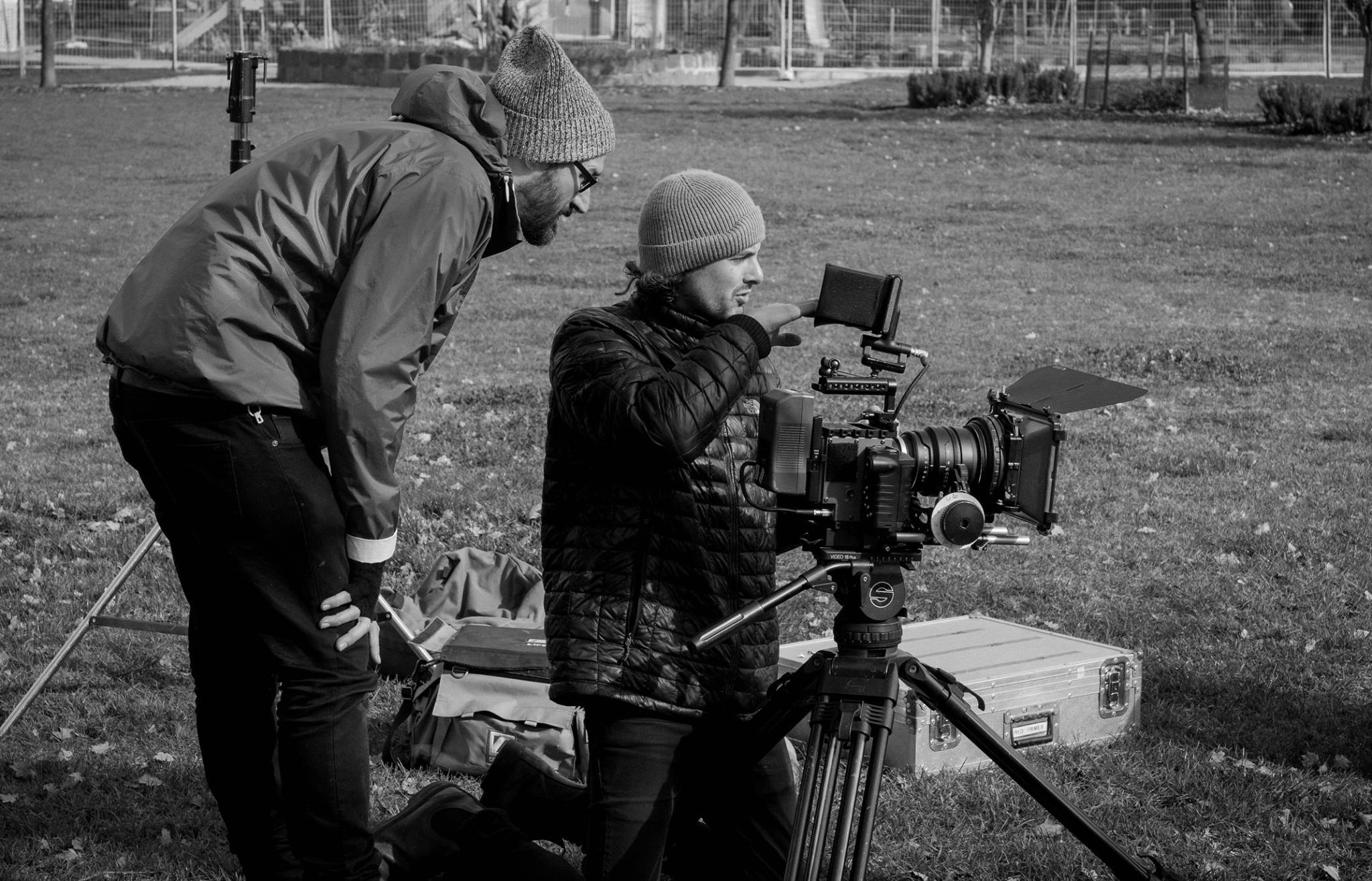 What are some of the bigger hurdles you’ve had to face in filmmaking, either on a particular film or in a broader sense?
The biggest ongoing hurdle I find is that Australians often attempt to recreate the dying Hollywood paradigm of wearing only one hat, but actually most Australian filmmakers I know are multidisciplinary. Having multiple skill sets is a great asset for collaborative filmmaking, in comparison to the slow and rigid hierarchies of yesteryear. Say if you’re a writer that can produce, or an editor that can work on sound design. There isn’t yet enough of a culture of embracing the real nature of our local industry and just owning it.
What do you think makes a great film?
Definitely characters. If you have a great character then no one cares what they do.
Do you think success in short film translates to success in feature filmmaking?
Oh, I wouldn’t think as much these days, but I think it’s healthy to make them for yourself and test out ideas. In that regard, every short film is a success.
Tell us how the idea for ‘The Spirit’ came about.
‘The Spirit’ was a promise I made to myself shortly after my second short film ‘Three Poems’ was completed. It comes from a place of concern for the world – but also for hope and change. There’s a lot of misery happening around the Spirit so she eases these hardships by being a good samaritan.

Inspiration for ‘The Spirit’ initially stemmed from Jean-Pierre Jeunet’s ‘Amélie’ and Mamoru Oshii’s anime ‘Kōkaku Kidōtai’ (‘Ghost in the Shell’). During post-production I saw the Wim Wenders’ film ‘Wings of Desire’ which further inspired the film’s tone.I enjoyed exploring themes of self forgiveness, existentialism and death throughout the writing process. Although I wrote the character, ultimately it was the lead actor, Laura Scheirich who made the softly-spoken Spirit her own. Rehearsals with veteran actor Bruce Hughes of ‘Ocean Girl’ fame was also very rewarding. 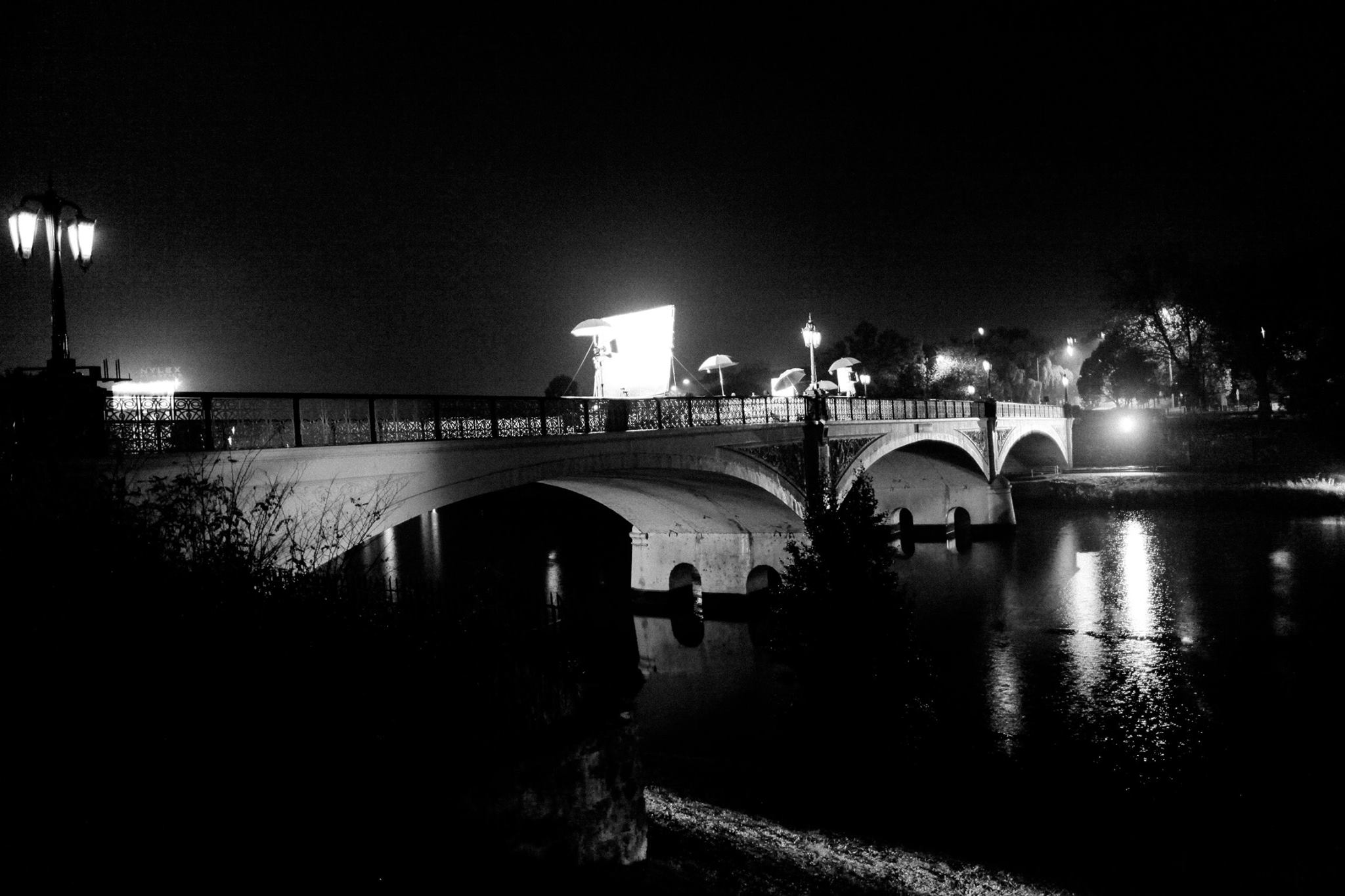 Many late night conversations with my fiancée Agatha Partyka saw the script breathe and develop on its own long after the original screenplay was penned.

We filmed a bulk of ‘The Spirit’ during the worst weekend of Melbournian weather I’d ever experienced, in July 2016. My childhood in Tasmania couldn’t prepare me for the relentless rain during the night shoot on Morell Bridge and gale-force winds we endured at Barkley Gardens. Cinematographer David McKinnar, production designer Catrin Ann Harris and makeup artist Melissa Kerlin all did a fantastic job in keeping focus during the production. This film wouldn’t be made without their continued persistence, endurance and support.

Our editor left the project shortly before we began shooting, so when we wrapped I just started cutting the project myself. It would take another two years before the film was completed. Laura  lent a song from her band Lizard Queen to the film, as did the group East Brunswick All Girls Choir, whose chief songwriter Marcus Hobbs also scored and sound designed the film.

From a production standpoint, this was the hardest film I’ve ever made – but it’s hardly surprising. It contains a continuously translucent woman, the city of Melbourne in a state of disarray and many other masterful visual effects by Steven Bunyan. It is very exciting to finally see it all together. 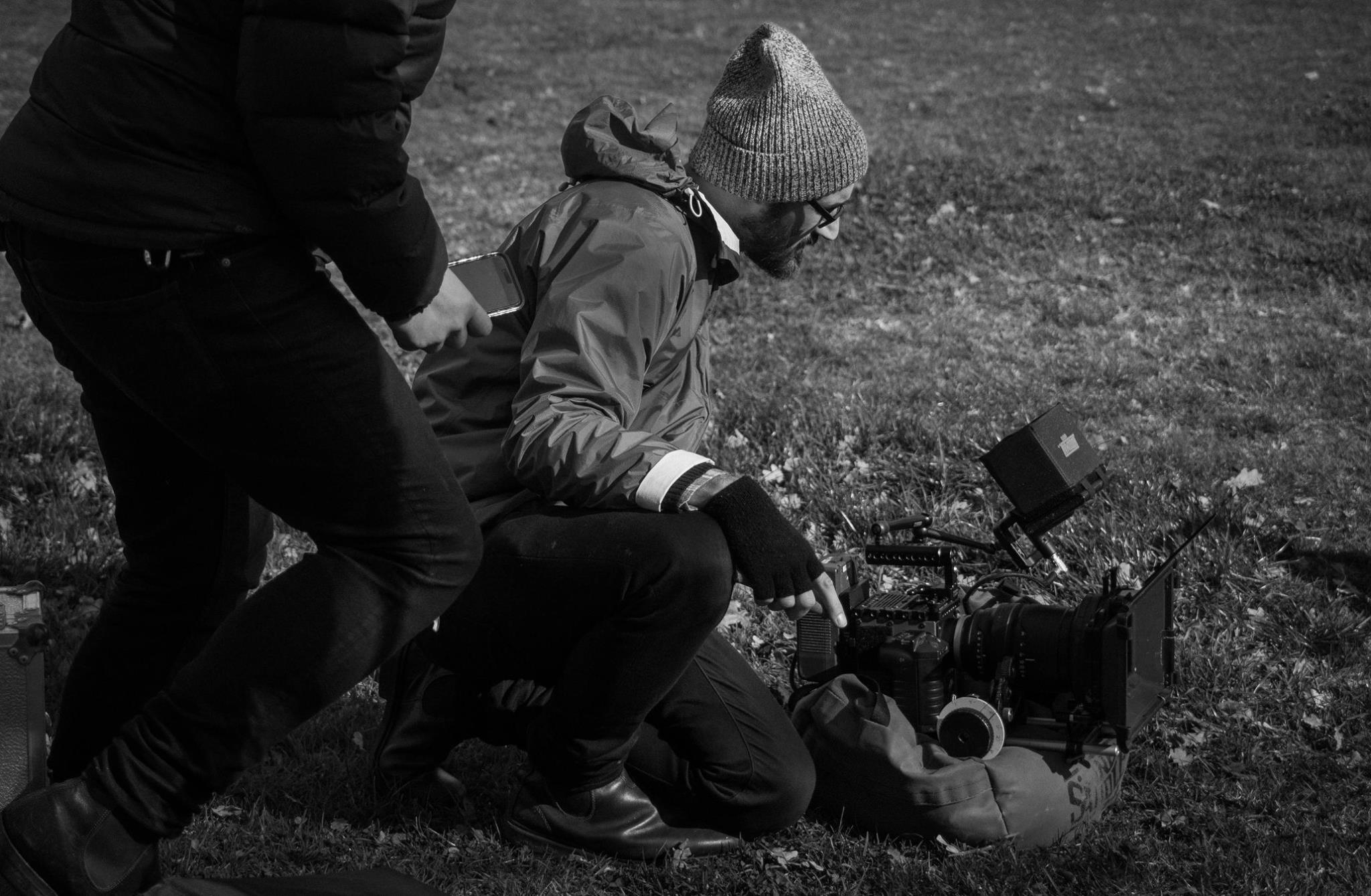 Do you think social media platforms are becoming a bigger part of filmmaking?
Yes, definitely. I’m in the early stages of making a short series called ‘Cinema Spaces’, which we are beginning the process of building a social media identity for. It’s about old picture palaces in Melbourne and the businesses operating out of them, which we hope to reach a broad audience with via social media.
What’s on the horizon?

We are starting filming for ‘Cinema Spaces’ in November. ‘The Spirit’ is having its premiere this Saturday as part of Monster Fest 2019 at Cinema Nova, which is pretty exciting.

Do you have any advice for anyone who wants a career in filmmaking?
It’s the best time to be a filmmaker. Everything is more accessible, we have superior equipment and a higher demand for commercial content to establish a career. Don’t be afraid to just start making and sharing content however you can.