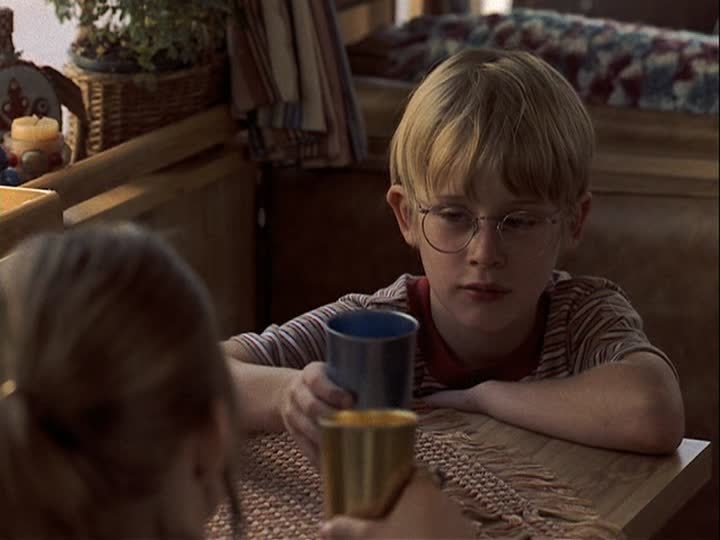 It doesn’t take a hell of a lot of investigation to realize that I am an enormous Disney fan. In fact, it’s probably about as easy as finding Blues Clues. So when I sat down in front of the tellie with a close friend of mine, it didn’t take long for the conversation to steer in the direction of the worlds greatest production company. And no Disney conversation is complete without talking about Up and how the opening scene is the saddest thing anyone has ever seen, ever… and I’ve seen a baby penguin cry.  The conversation continued long into the night about how film has such a unique ability to universally bring tears to hundreds of thousands, if not millions of eyes all at the same time. So what movies do this best? What movies can bring a tear to absolutely any eye that lays sight upon the screen? This was our list.

*Needless to say, SPOILERS are present in certain articles, so read at your own risk.

**All Disney films are excluded from this list because lets be honest; Bambi… Up… Toy Story 3… Lion King! Come on, anyone who didn’t cry in those films is a robot from outer space.

I know right, how weird! Normally the death of Adam Sandler in any film would bring tears of laughter to your eyes, not sadness, but that was definitely not the case in Click. When I was younger I used to have constant nightmares of dying and what it would be like to die and spend eternity alone (yeah… I was a weird kid)… This scene didn’t help that at all. Seeing Sandler break down in tears moments before his death was shattering. He had wasted away his whole life and skipped through what he would later realize are the most important moments in life, for nothing.

The Scene: The coast is far from clear, but muddy.

I honestly don’t understand how this was meant to be a kid’s movie as it absolutely freaked the pants off me as a young kid. I don’t know whether it was the creepy flying dog-dragon or the films dark undertone, but I watched it once and once only before locking it away for good. In saying that though, the one scene that I can remember clear as day is the moment Artax, the prince-boy’s (Or whatever his name is… Like I said, I have literally only seen the movie once) horse dies. The death of an animal in any film is heartbreaking, but when you know that someone has a deep and genuine connection with them, the tears roll twice as fast and twice as long.

I’ve cried over human deaths… I’ve cried over animal deaths… heck, Ive even cried over dropping a muffin after a 16-hour day at work… But never in my life did I think I would cry over the death (loss?) of an inanimate volleyball; even if it has a name.

For what is supposed to be a children’s movie My Girl is an incredibly dark and kind of harsh movie. One would not expect a fun-loving, PG-rated kids film to kill off the love interest and second-lead character, right? RIGHT? Haha WRONG! Not too long after Vada and Thomas share their first kiss (also known as the most innocent kiss ever seen on television. Seriously, that scene was adorable), Thomas dies… from bee stings. In any other circumstance I would be celebrating the death of Culkin, but when Vada breaks down at Thomas’s funeral and goes bananas over his death, it was hard not to tear up a little.

The Scene: One word: Kate.

Kate’s death at the end of Season 2 of NCIS is by far one of the saddest, cruelest and all round emotionally testing scenes in television history. NCIS is one of those shows where the scriptwriters develop the characters so beautifully that you can’t help but to fall in love with them. They are quirky, energetic, fun and relatable in ways that I never thought possible. Like every other fan of the show I was so invested in the ever-growing tensions between Kate and DiNozzo that it was impossible to not get emotionally when she was killed. While her death was incredibly sad on its own, what really pulled at the heartstrings was the rollercoaster of emotions that the writers put us through in order to reach that finale.

Ball-breaking. That’s what that episode was. Absolutely ball-breaking. They break out hearts by letting us think Kate is dead, only to bring her back to life again – raising our hopes and cheering us up before actually killing her off seconds later. Not cool CBS. Not cool.

The Scene: The death of man’s best friend

Normally I am not a huge fan of the thriller / horror genre but for Will smith, I was willing to make an exception. From the very first scene where the camera pans down on the road as Smith drives along a deserted highway, I was hooked.  We all know that a dog is a mans best friend and in Smith’s case, this couldn’t be any more true; marooned in a world where all he has is his four-legged friend.  So when Sam gets bitten by a Darkseeker and Smith is forced to kill his own pet bare-handed, my cheeks were wetter than a gamer nerds pants on a huge release day.