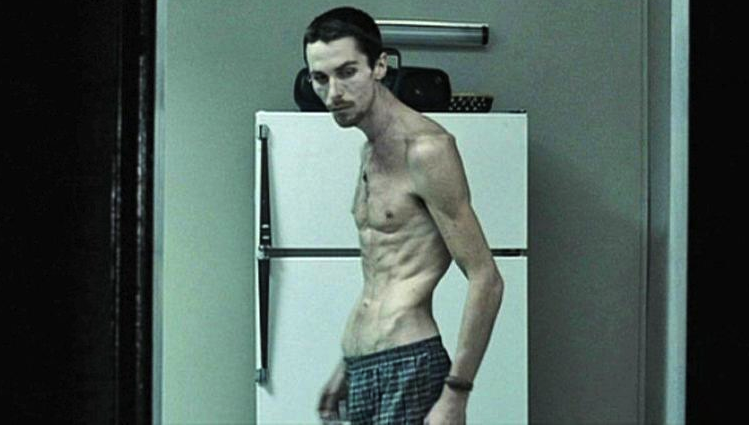 Audiences just love to watch the same actors play different characters. Either people are in awe of their craft, or they are addicted the story of their lives created by the tabloids. Steve Carell in Foxcatcher, Nicole Kidman in The Hours, Rooney Mara in The Girl With The Dragon Tattoo. I’m going to jump on this bandwagon and pay tribute to Christian Bale, one of my acting idols who continues to impress. Bale did not attend acting school. Like a child actor, he uses his imagination and completely immerses himself in a character. His voice, his nuances, his physicality. It is often his changing physique that shocks his audiences above all else. It marks his dedication, and his sincere lack of vanity.

Bale stars as British journalist Arthur Stuart in Velvet Goldmine. Set in 1984, Stuart is styled beautifully, glam rock style. He sports eye shadow, longer hair and a signature velvet blazer. He’s flashy, he’s vulnerable, he has an adorable pout and he’s got the hots for Ewan McGregor- What? The same guy that played Batman? Yes.

American Psycho is all about a psychopath named Patrick Bateman. He has an involved skincare routine, refined taste, eloquent speaking patterns, and a perfect physique. Bale’s attention to detail in this role was pivotal to the success of the film as it relied on the audience being transported through the artificial and the genuine. Bale trained for three hours a day, six days a week for this role.

In The Machinist, Bale stars as skin-and-bones insomniac Trevor Reznik. To play this role the six-foot-tall actor had to drop over 28kgs. He cut himself off socially, and he lived off water, coffee and an apple a day for four whole months. That’s dedication.

Bale had to absolutely gorge himself after The Machinist in order for Christopher Nolan to be able to convince the studios he was the next Batman. He had six weeks in between these projects to beef up. It’s not just the bulking up that amazes me, however, but the way Bale embodies Batman’s grief in these films. It brings out Christopher Nolan’s unique vision for this classic comic book story. It’s in his droopy mouth, his mumbling, his eyes. He’s a depressing Batman, in a good way.

Christian Bale is Dicky Ecklund, former boxer and crack addict from Lowell, Massachusetts. Has Bale ever been addicted to crack? I hope not, I assume not considering his ability to perform on such a high level. But with his subtle, believable nuances in this role, it’s hard to believe. As for his physique, another ground breaking transformation. Bale underwent strenuous training for this role, boxing with Dicky Ecklund himself and doing long cardio workouts.

Jennifer Lawrence was excited to find out she’d be kissing the man who played Batman. Little did she know Bale was going to stack on some weight, and we’re not talking muscle this time. He rocks a potbelly in this film, having gained 18kgs. Bale took inspiration from real life con man Melvin Weinberg for this role, taking a little artistic license that pays off in his convincing and charming portrayal of the shady Irvine Rosenfeld.