Got me crazy in love. 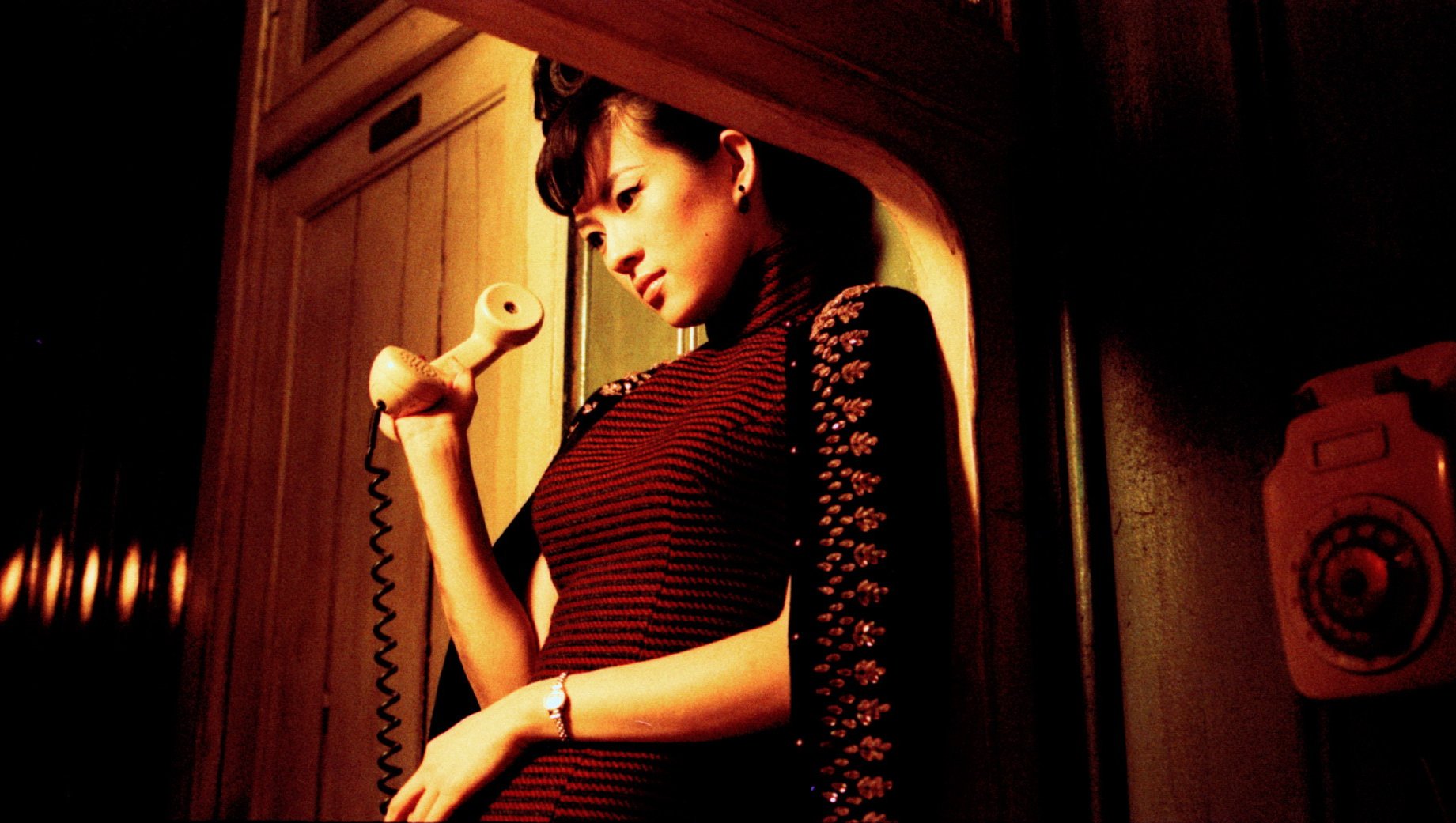 What do we talk about when we talk about love? It’s a profoundly tender, passionate affection for another person. It’s a feeling of warm, personal and deep attachment. It’s the Sentiment ‘par excellence’.

Throughout history, intense and tumultuous love stories have fuelled our imaginations and fantasies. The unresolved passions of such characters like Romeo and Juliet, Lancelot and Guinevere, Paolo and Francesca, are just few examples. Love is what we constantly seek in life: “Set me as a seal upon thine heart, as a seal upon thine arm; for love is strong as death; jealousy is cruel as the grave: the coals thereof are coals of fire, which hath a most vehement flame”.

With the following 5 movies we will enter and experience the ‘dark side of love’; that passionate mania called Obsession. It is a journey inside an inverted desire to demonstrate that, for some, love truly knows no bounds. Because Obsession is a different form of love, if it is indeed love at all.

“Bernardo Bertolucci’s Last Tango in Paris was presented for the first time on the closing night of the New York Film Festival, October 14, 1972: that date should become a landmark in movie history […] The movie breakthrough has finally come […] Bertolucci and Brando have altered the face of an art form”.

With Last Tango In Paris, Bernardo Bertolucci brings to the screen the story of two loveless souls that embark on a passionate but brief affair. The movie  is about two solitudes; Paul (Marlon Brando) and Jeanne’s (Maria Schneider). It is the story of two lost personalities, two opposite worlds that will meet and fuse together in an empty room of an anonymous flat – a refuge from their life outside.

The room is their escape from the world; it is an arena where they regress to a primal state, indulging their sexual desires in all their variations, and exchanging stories of their childhood but without ever revealing their names.

Last Tango In Paris is a movie about need. More specifically it is a film about Paul’s need to be saved. He is a lost soul, torn between lust, self-pity, loathing and grief, who has been so damaged by life that the only way he can express his hunger is in acts of crude sexuality. It is in his obsession for wild and merciless sex. Paul is ‘crying for help’, but Jeanne cannot (or maybe will not) give him the redemption he is looking for.

Last Tango In Paris is a movie that portraits and exists so resolutely on an emotional level. It is an intense and uncanny experience inside the insular world of Amor Fou, a place where we “forget everything we knew”.

In the Realm of the Senses is Oshima Nagisa’s authentic Japanese ‘Last Tango in Paris’. The movie is based on true events that happened in Japan in 1936, and depicts the passionate, destructive, consuming Mad Love between a prostitute-turned-geisha Sada Abe (Matsuda Eiko), and her master Kichizo Ishida (Fuji Tatsuya). After beginning an obsessive affair, the two lovers will discover and enter their own ‘realm of the senses’; a safe spot from the atrocity and injustice of the outside world; a place where sex is used as a corporal channel to reach an ecstatic pleasure.

Oshima Nagisa gives life on the screen to the derangement of the senses, which is one of the key symptoms of those suffering from Amour Fou. The viewer gets trapped in a reality where love and madness intertwine, leaving victims crippled by their own overpowering emotions. In the Realm of the Senses pictures a Mad Love World where emotion, desire and pleasure cannot be ever fully satisfied because Love knows no boundaries but death itself.

With Lolita, the British director Adrian Lyne brings to the screen a second cinematic adaptation (the first one was directed in 1962 by Stanley Kubrick) of Vladimir Nabokov’s novel of the same name. Lolita is a melancholic, rather tragic and disturbing tale of a story of love, obsession and perversion between the British professor of French literature Humbert Humbert (Jeremy Irons) and his teenage stepdaughter Dolores “Lolita” Haze (Dominique Swain).

The movie is conceived as a Humbert’s long flashback in which he quickly reveals the source of his obsession with pubescent girls, “nymphets” as he calls them. The more the story goes and the plot evolves, the more the audience is involved in a sort of poignant character study with all the discomforting truths this may involve.

Humbert defines himself as “an artist, a mad man”. And, indeed, he is a mad man: “he is horrible, he is abject. He is a shining example of moral leprosy”. He is a despicable human being inflicted with an illness that overcomes him. Paradoxically, he can recognize the potential of the psychological impact his actions might have on Lolita, but, at the same time, he does not feel any guiltiness coming from the physical sexual explicitness of his gestures.

Adrian Lyne’s Lolita is an entrancing, heartbreaking movie entangled with “passion and suffering, pattern of tenderness and distress, that cannot be dismissed by its judges”.

All of Wong Kar Wai’s movies are designed to be part of one long interconnected meditation on loss, love and time. 2046 is one of them. Opening where Wong Kar Wai’s previous movie In The Mood For Love ended, 2046 brings us into a journey throughout a futuristic-looking hole in an undefined time period.

“I once fell in love with someone. After a while, she wasn’t there. I went to 2046. I thought she might be waiting for me there. But I couldn’t find her. I can’t stop wondering if she loved me or not”.

We follow Chow Mo Wan (Tony Leung Chiu Wai) indulging himself in one night stands with several women who remind him, in some way, of Mrs Chan, his one and only (lost) real love.

What is 2046? It is a place, a time, the name of a novel Chow is working on and it is the number of a hotel room. But, more than this, 2046 is the Eldorado of memories, the final destination each time traveller is heading to so as to recapture and relive the past.

“All memories are traces of tears”: Wong Kar Wai’s movie reminds us that “our convictions are transient and fragile, even the ones we believe to be the strongest. It’s the same with our feelings”.

“We are not bad people. We just come from a bad place”.

In his second feature movie, Shame, the British director Steve McQueen develops the story of a damaged sibling relationship marked by neurosis, dysfunction and addiction.

Brandon (Michael Fassbinder) is a handsome, successful New York City executive, who is affected by an obsessive, devastating sex addiction. A prisoner of his own needs, Brandon shuns intimacy and feelings with women. His daily routine is going to take an unwanted direction with the unexpected arrival of Brandon’s younger sister Sissy (Carey Mulligan).

With Shame, Steve McQueen analyses the way an addiction can transform a source of pleasure into an inescapable, uncontrolled, insatiable need. Brandon is incapable of ordinary human contact; Sissy, on the other hand, is the opposite. She needs him desperately. He fears need.

Brandon is trapped in a cage where sadness, affectionless, uncertainties and distance projects him in a never-ending ‘feeling-free’ dystopian world. The reality pictured in Shame has the shape of a black hole. It is the price Brandon has to pay for his Obsession, because “the expense of spirit in a waste of shame is lust in action; and till action, lust is perjured, murderous, bloody, full of blame […] All this the world well knows; yet none knows well to shun the heaven that leads men to this hell”.